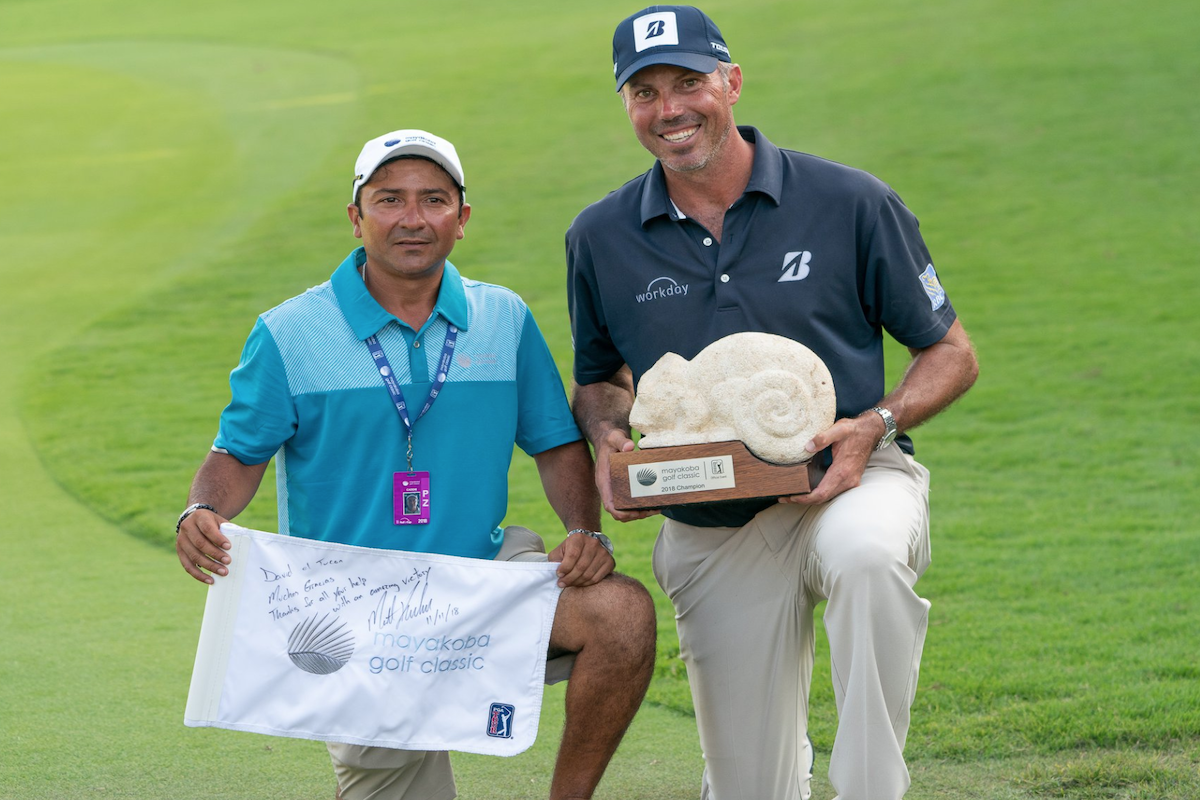 PGA golfer Matt Kuchar has finally realized that he messed up.

Earlier this week, Kuchar thought that his initial payout of $5,000 to Mexican caddie David “El Tucán” Ortiz for a $1.296 million Mayakoba Golf Classic victory last year in Mexico was “fair and good“.

“It’s done. Listen, I feel like I was fair and good,” Kuchar said on Wednesday. “So I certainly don’t lose sleep over this. This is something that I’m quite happy with, and I was really happy for him to have a great week and make a good sum of money. Making $5,000 is a great week.”

Ortiz was Kuchar’s substitute caddie for that victory. They had agreed to a sum, but that was before Kuchar won $1.296 million. Caddies can get as much 10 percent if a golfer wins a PGA tour event.

Then, Ortiz spoke out , as well as bad headlines.

On Friday, Kuchar issued this apology and has given Ortiz $50,000.

It hasn’t been a good week for Kuchar, if Twitter is any indication:

I’d love to see how little Matt Kuchar tips at fine dining establishments. What a bum.

Just reading about this Matt Kuchar story about only paying his caddie $3,000 after winning $1,296,000…. Thats barely 2% of the winnings. Tour caddies make upwards of 10% earnings… I liked Kuchar, but if this is all true I lost a lot of respect for him. That’s not right.

If you won $1.3 MILLION dollars in a PGA tournament using a fill in caddy, how much would you tip him? Customary is 10%. Keep in mind he bagged you for the win and it was your first win in 4 years.

No longer support Matt Kuchar golf. He had a fill-in caddie down in Mexico and only gave him $5K after coming in first and winning a $1.296M.. @bridgestonegolf @Workday pic.twitter.com/SU4atOX2z3