In Puerto Rico, a Nonprofit Wants More Women Like Ocasio-Cortez in Public Office 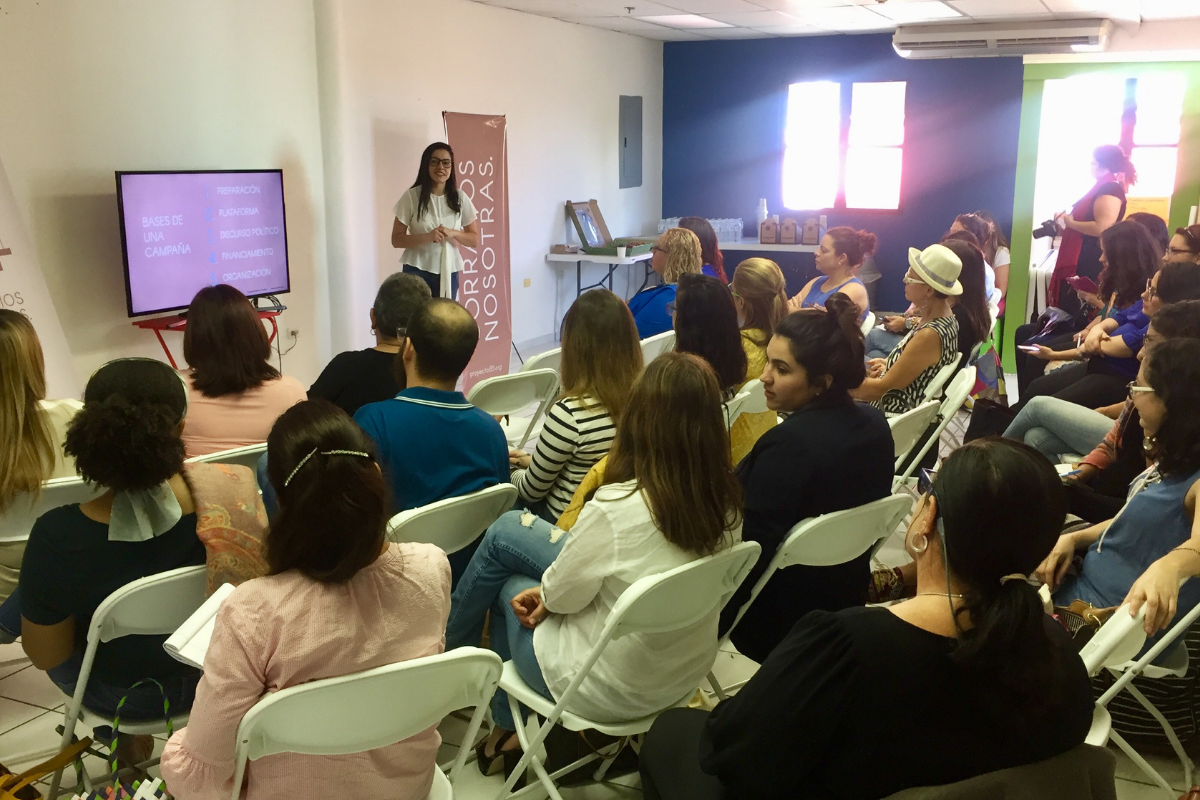 The last midterm elections were historic in several ways. A record-breaking 131 women were sworn into Congress, and one of those women was Alexandria Ocasio-Cortez. In only a month, the Bronx-native of Puerto Rican descent managed —as writer Anand Giridharadas said— to upend the United States discourse about billionaires and the common good, and introduce a historic plan that almost every presidential candidate many years her senior supports. “If you’re young and ready, don’t walk. Run,” said Giridharadas in a tweet that has since been erased.

Although Puerto Rico had no midterm elections, a nonprofit organization in the island is revving to reproduce the AOC phenomenon in their upcoming 2020 elections. Ran by a team of Puerto Rican women based in Washington D.C. and New York, they want 85 women in the island to be voted into primary political positions in the 2020 elections, up from the 23 women who currently hold power. Hence the name of the nonprofit: Proyecto 85.

“85 is the goal,” the executive director of Proyecto 85, Margarita Varela, told Latino Rebels. “We want to see the diversity of ideologies, of experiences, of backgrounds that define women in the island. We want to see 85 women leading municipalities, in the Senate, the House of Representatives, as governors, and also as resident commissioners.”

In conversation with Latino Rebels, Varela said that Ocasio-Cortez’s success, as well as the glass-breaking moment of female representation in the U.S. Congress, served as inspiration for many of the 300 women who had already reached out to Proyecto 85. The fact that the 29-year old ran without the support of a political party and won through a grassroots campaign made other Boricua women think they could do the same. “It gives them hope. Women recognize that if they want to run through a political party and not necessarily as independent candidates there will be challenges they will face in primaries and establishing relationships within their parties,” said Varela.

In the U.S. territory, women remain widely underrepresented in government, where they occupy 14 percent of public elected positions. The nonprofit revealed that out of 78 municipalities, only eight are headed by women; they occupy only 14 out of the 81 seats in the Legislature, and there is only one female resident commissioner in Congress. And yet women are roughly half of the population in the U.S.

Since they launched operations in May of last year, Proyecto 85 has already carried out two workshops, and hopes to undertake two more before the end of 2019, since candidacies for the 2020 elections are filed in December.

Examples of efforts to bring more women into political circles and positions of power are common in the U.S. In 2007, the Women’s Campaign Forum launched the “She Should Run,” campaign. Emerge America was founded in 2002. There is also Emily’s List Political Opportunity Program, which began in 2001 to train and support pro-choice Democrat women to run for all levels of office. Just last week, Proyecto 85 signed a partnership agreement with the Center for American Women and Politics, or CAWP, to share information and research.

But Varela assured Latino Rebels that this type of grassroots political advocacy was nonexistent —and gravely needed— in the archipelago. The group alleges that Proyecto 85 is the only nonprofit training women to run for office. “We are really hoping we can serve as an inspiration to others to continue this work and grow an ecosystem that supports women and minority candidates so we can have a diverse political leadership in the island,” she said.

In the study Men Rule: The Continued Under-Representation of Women in U.S. Politics, having women involved in politics elevates the quality of debates by making them more inclusive, since female legislators are more prone than men to prioritize bills affecting children and families. Additionally, women in roles of power tend to emphasize cooperation, in lieu of hierarchy, as men tend to do, the study says.

For Varela, born on the island and involved with the Puerto Rican diaspora in different ways, her hope is that with this initiative the conversation will open up to include topics addressing gender equality, conditions of women in the workplace, and other issues such as health coverage. But she clarified that those were her personal hopes and did not impact the work at Proyecto 85.

The workshops are non-partisan and free of charge. Participants learn about the fundamentals of running a political campaign: how to develop a platform, how to fundraise, how to enroll a team of volunteers to support the candidacy. The dates for the third and fourth workshop have not been defined yet, but will be announced soon through the project’s social media accounts, on Twitter @Proyecto85PR.

2 responses to “In Puerto Rico, a Nonprofit Wants More Women Like Ocasio-Cortez in Public Office”