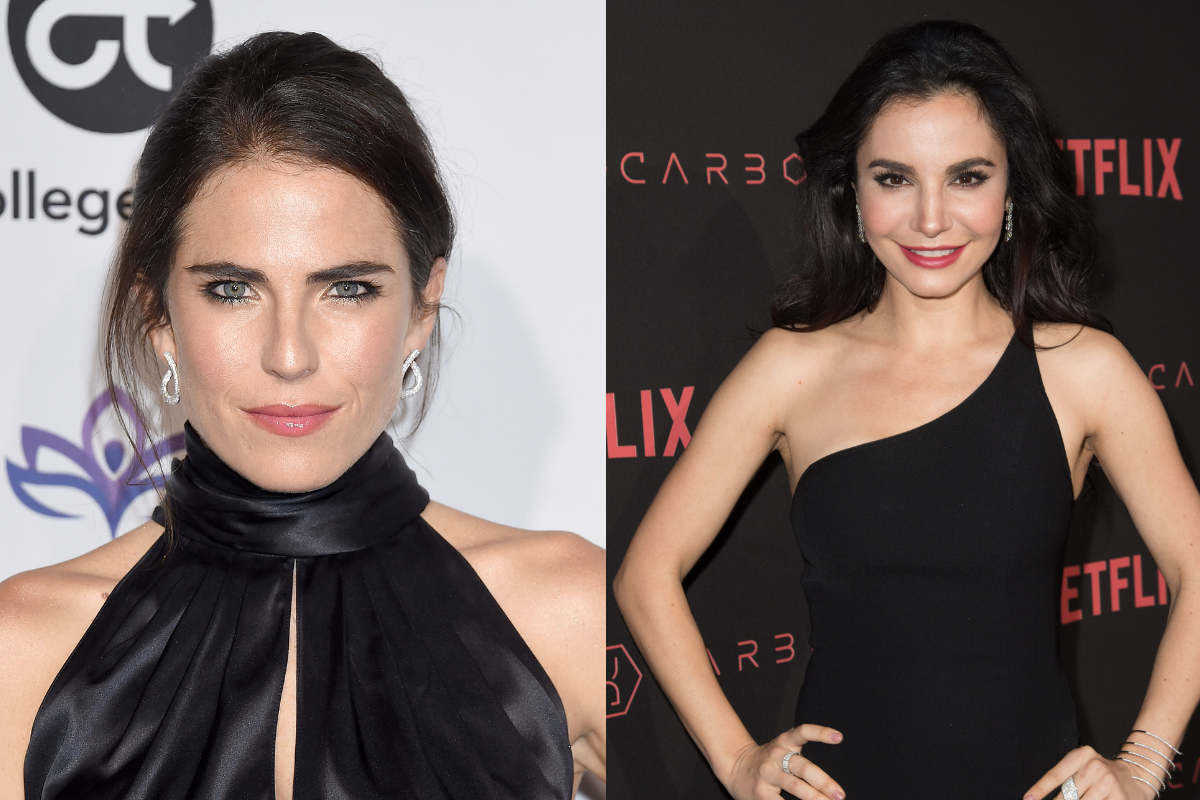 On February 12, we shared a story about an alleged chat group where Mexican actresses said they were going to ask that Yalitza Aparicio not be nominated for a Mexican Film Academy Award. The Mexican news site TV Notas got the exclusive from an anonymous source, and now four Mexican actresses are at the center of the controversy: Giovanna Zacarías, Martha Higareda, Karla Souza, and Claudia Talancón.

“The one that started with all that was Giovanna Zacarías, an actress who has worked in film, but who has not had a brilliant career,” the source said, “This chat exists since the furor of Roma began, and in it several actresses say things against Yalitza.”

Some of the actresses have responded, defending themselves against the allegations. Souza (from How To Get Away With Murder) said that it’s an attempt to pin women against one another.

Higareda (from Netflix’ Altered Carbon) also responded with a video on Instagram. “I am a person who has proven with deeds that I always applaud and value all my colleagues,” she said.

She was also questioned during the Oscar’s red carpet, where she showed her discomfort and said that Aparicio is a great actress who will get far.

“Between us, we have to support and promote each other, among women, among men, and among all,” she told TV Azteca.

The TV Notas source also said that Rossana Barro was threatened by these women if she revealed their names. Barro, who organizes the guests and seating for the Mexican Film Academy Award, initially mentioned the existence of the chat group via Twitter. Critically acclaimed film director María José Cuevas corroborated the claim. 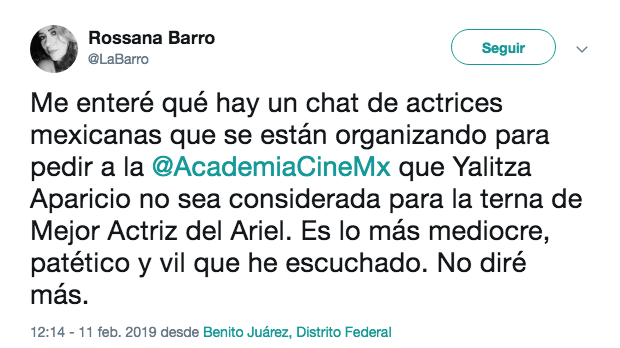 The source also said that other actresses left the chat group or expressed their dislike over the conversation: “Vanessa Bauche immediately said it was silly, and left the chat. A few days after, Dolores Heredia also left because she said it was stupid.”

On January 30, Aparicio was asked about being compared to other actresses, particularly after a meme circulated comparing her with Ana de la Reguera, Kate del Castillo and Souza. She said that she didn’t like it.

“The truth is I do not like it. I consider that they are admirable women, who have arrived there, who have studied and fought to represent us,” she said during the panel, “I’m grateful for their support.”