The National Institute for Latino Policy/Latino Policy Journal conducted a poll in January 2019 to gauge the Latino perspective about the 2020 presidential election. This online poll of our vast network of Latino Opinion Leaders showed that none of the current crop of Democratic and Republican candidates had yet become a clear-cut favorite. While it might be too early for voters to form deep convictions about the large set of candidates running for the Democratic nomination, Latinos are just as undecided about the current Republican candidates. This means that all these candidates have a lot of work to do to raise interest and gain recognition among Latinos about why they are running as well as what policies they hope to enact. The field is very much wide open. 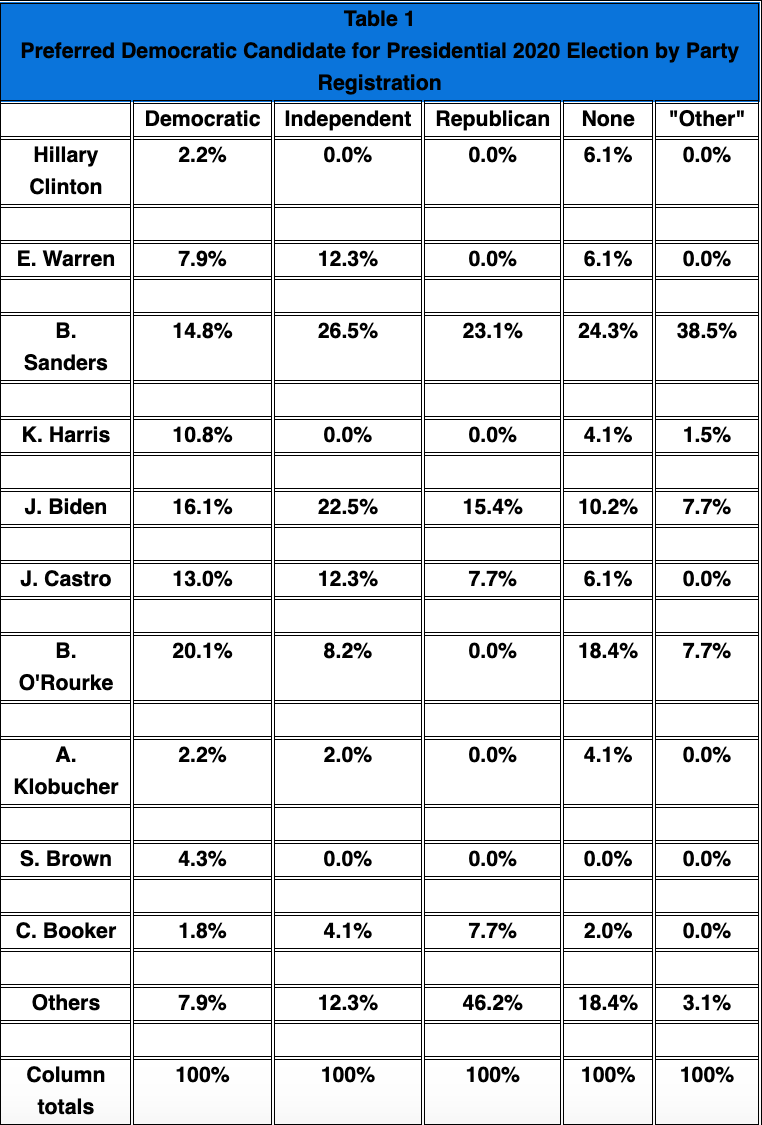 Some Democratic contenders did receive more support than others. Latino Opinion Leaders did offer Bernie Sanders and Joe Biden, in particular, some mild support. Surprisingly, Sanders received more support from Independent, Republican, third party, and no party Latino leaders. This may be a reflection of Sander’s 2016 presidential campaign and media attention. Joe Biden also received a similar modicum of support from Latino Leaders across the party spectrum. Beto O’Rourke got the highest support from Democratic Latino Leaders but very little from the other party members.

The rest of the field of Democratic candidates received almost no support. Cory Booker got more support from Republican Latino Leaders than Democrats. This is a bad sign for a candidate who has focused on social justice issues rather than on economic ones. Latino leaders are not buying his pitch. And finally, we have to assume that Julián Castro remains mostly unknown to Latinos outside of Texas. He barely broke 10 percent support from Democratic and Independent Latino Leaders. What is interesting is that more than 46 percent of registered Republican Latino Leaders hope that some other Democrat runs for president. Surprisingly, a popular write-in candidate, for Republicans, was the new Democratic Congress Woman Alexandria Ocasio-Cortez, who is not yet old enough to run.

The National Institute for Latino Policy (NiLP) is a nonpartisan center established in 1982 in New York City, originally as the Institute for Puerto Rican Policy (IPR). NiLP provides a unique approach and voice to the policy analysis and advocacy needs of the Latino community in the United States. Originally focused on the Puerto Rican community, our work has grown organically to include all Latinos and has gone from a local to a national focus. To join the NiLP mailing list, click here to subscribe.