Citizens in the West Should Care About Discriminatory Immigration Policies 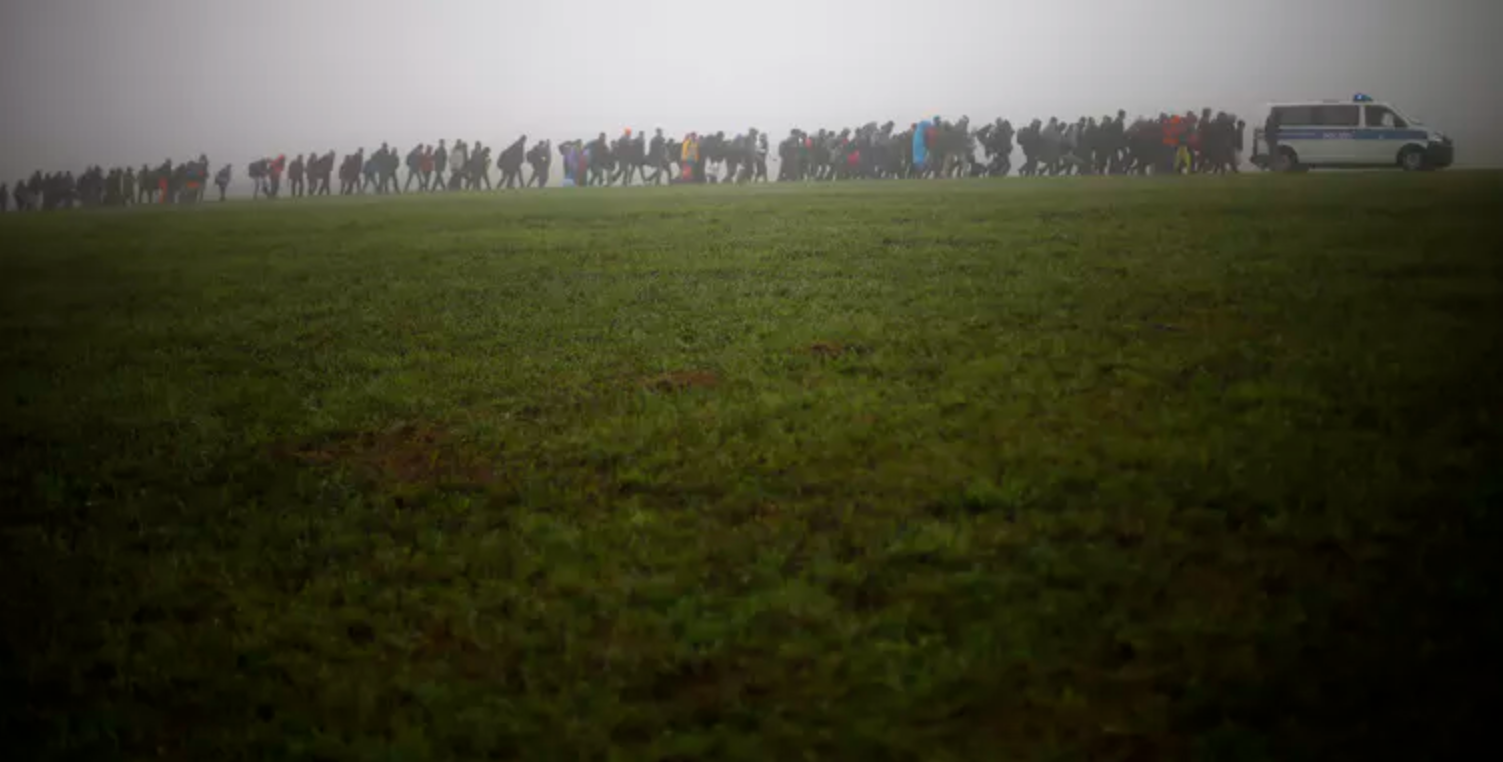 In this October 2015 photo, German federal police officers guide a group of migrants on their way after crossing the border between Austria and Germany. Once granted citizenship, newcomers face near-impossible hurdles to reunite their families. (AP Photo/Matthias Schrader)

The so-called Muslim ban evoked a disturbing history of discrimination in immigration policy that many had believed was a thing of the past.

But even though the Muslim ban was unusual in its explicitness, our research shows that discriminatory immigration policies remain fairly common among liberal democracies.

Discriminatory policies range from the selective requirement of language tests and minimum income levels for family unification to admission restrictions against people with disabilities. These policies produce patterns of discrimination that not only harm prospective immigrants, but also many citizens.

From the late 19th century to the aftermath of the Second World War, western democracies enacted openly racist policies of immigrant selection. Most famously, the Chinese Exclusion Act of 1882 prohibited all immigration from China to the United States. Similar bans targeting people with disabilities and the poor were not uncommon.

It was only with the geopolitical changes that followed the Second World War and the rise of the Civil Rights movement in the U.S. that those policies were repealed and replaced by those based on meritocratic values and respect for human rights.

But was the era of discriminatory immigration policy truly over? Unfortunately, liberal democracies continue to discriminate, intentionally and unintentionally, in ways that often have severe impacts on the lives of citizens. Let us cite a few examples from our recent research.

Some European countries impose high income and language requirements for family unification that can cause long periods of forced family separation.

In the Netherlands, these requirements have added an average of 15 months to the separation of families. In Britain, an estimated 15,000 children with British citizenship are separated from one of their parents or forced to live outside of the U.K. as a result of high income requirements.

In Germany and the Netherlands, foreign spouses have to pass a written and oral language tests before they are allowed into the country. However, many applicants fail the test, especially those with poor formal education or learning disabilities.

The disparate impact of these policies is not only the result of broader inequalities present in society. In some cases, these policies are strategically used to target specific groups. In Germany and the Netherlands, pre-entry language tests were designed to reduce the immigration of young and poorly educated Muslim women from Turkey and Morocco. 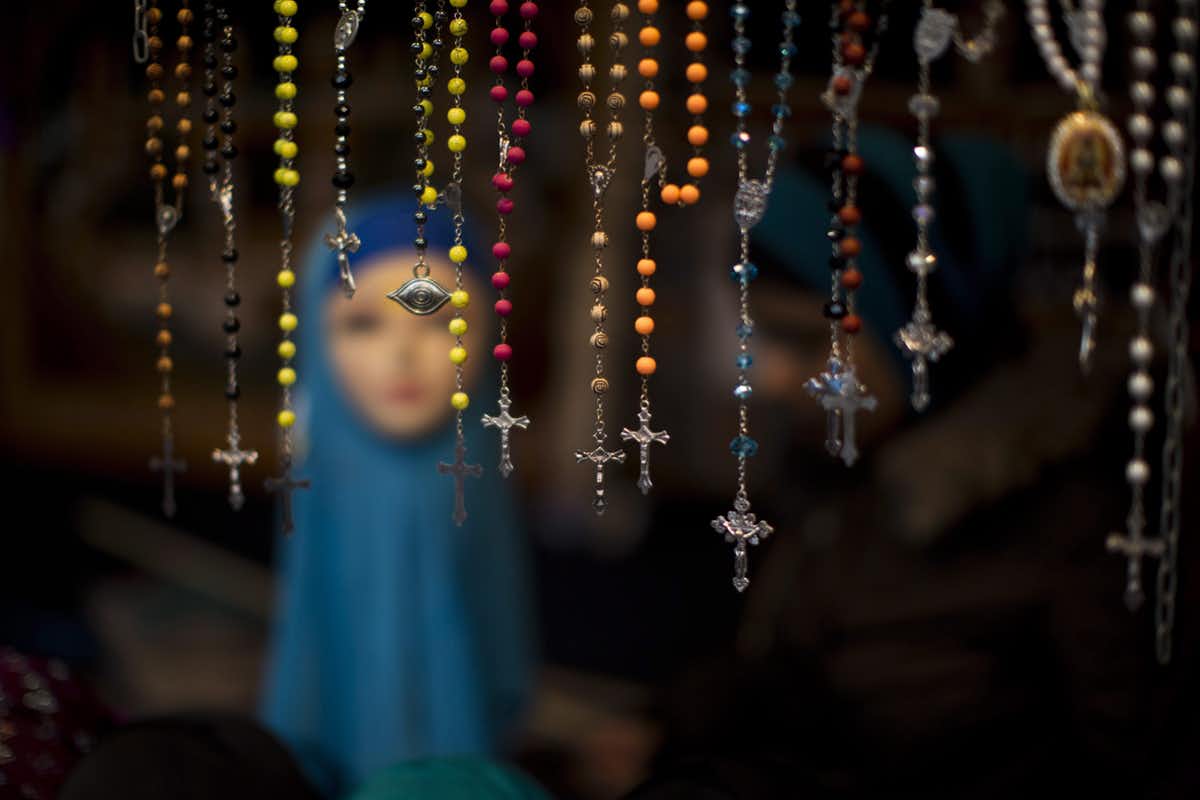 In this March 2017 photo, rosary beads are displayed for selling next to a mannequin wearing a headscarf in a market stall at The Hague, The Netherlands. (AP Photo/Emilio Morenatti)

As a result of these policies and their exemptions, certain groups of law-abiding, tax-paying citizens are more likely to be separated from their spouses and children. This is one way in which immigration policy can discriminate not only against prospective migrants, but also against citizens.

Similarly, most countries have in place “excessive demand” restrictions to exclude potential immigrants who are likely to impose a high demand on public services. Citizens with disabilities and medical conditions are particularly affected by these policies.

Several recent reforms have lowered the severity of excessive restrictions in countries like Canada.

However, advocacy groups such as the Council of Canadians with Disabilities continue to argue that anything short of a complete repeal of this policy is based on prejudiced views that deny the contributions that people with disabilities make to society.

These policies certainly discriminate against some groups of prospective migrants, and that in itself could be enough to criticize them. However, contrary to popular opinion, a country’s immigration policy affects its own citizens in both good and bad ways. Policies that discriminate against immigrants on the basis of their race, gender, class, religion, sexual orientation or nationality infringe on civil rights and stigmatize many citizens.

In the past, legal and political activism by citizens has been crucial for the repeal of explicitly racist policies. Citizens have been able to push back some of the more heinous aspects of the Muslim ban, for example.

It is precisely for this reason that it’s important to unearth how forms of discrimination that may be invisible to the general public undermine citizens’ rights and position in society.