The Latest: UN Calls for Dialogue in Venezuela Standoff 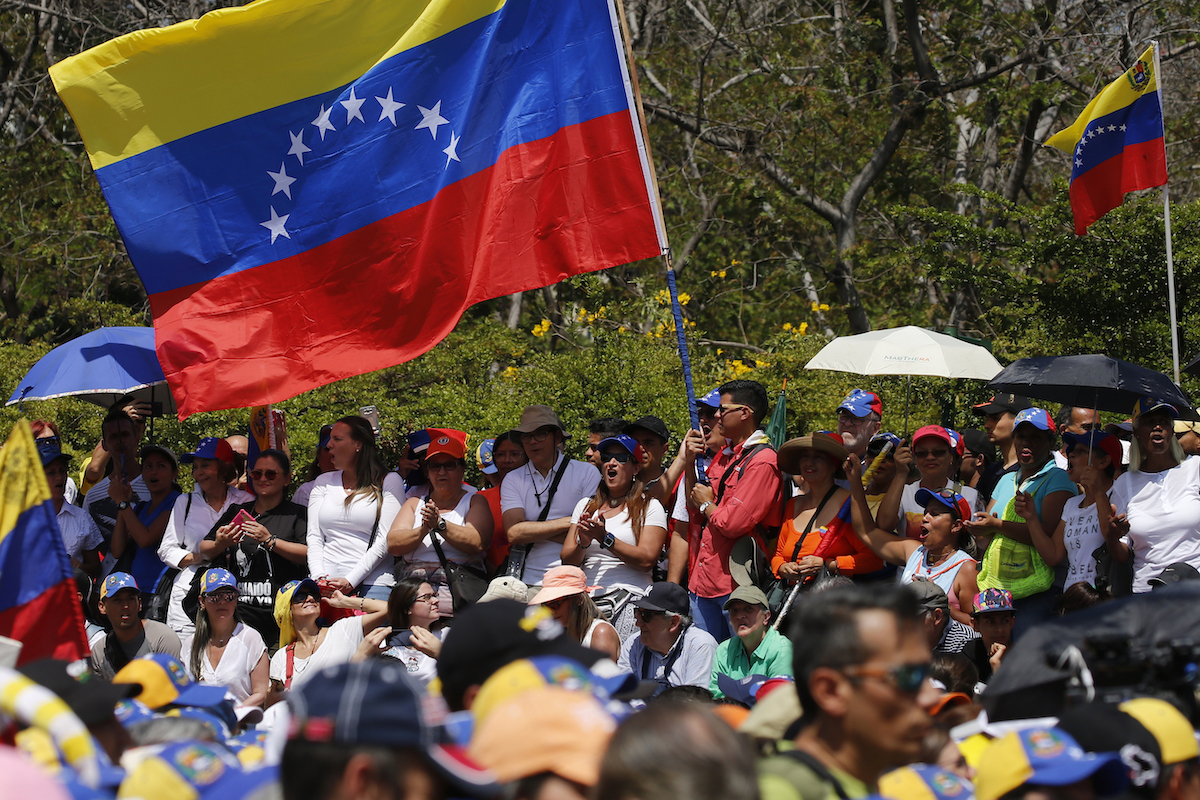 U.N. Secretary-General Antonio Guterres is stressing again that the only way the political conflict in Venezuela can be resolved is through political dialogue.

U.N. spokesman Stephane Dujarric noted reports that opposition leader Juan Guaidó returned without incident to Caracas on Monday. Guaidó said he came back to renew his campaign to topple the government of President Nicolás Maduro.

And he said it’s important that “all political actors in Venezuela and abroad make all efforts to lower tensions.”

Guterres has offered to help mediate if both Guaidó and Maduro seek U.N. assistance.

Dujarric said the U.N. is continuing to watch the situation closely.

Guaidó is calling his supporters to take the streets in a show of “great strength and determination” as he makes a return to Venezuela.

Guaidó came back to Caracas on Monday after more than a week abroad, defying orders banning him from leaving. Guaidó went on a multi-nation tour seeking support from neighboring South American countries in his quest to unseat President Maduro.

Guaidó called on people to flood the streets of cities across the country on Saturday to protest Maduro’s hold on power.

The National Assembly president maintains he is the legitimate interim president of the country because Maduro’s re-election last year was invalid.

1:25pm
Guaidó is speaking to supporters at a Caracas demonstration after he returned to the country despite warnings he might face arrest.

Guaidó was greeted with cheers and applause at the rally of several thousand people in the Las Mercedes neighborhood in the Venezuelan capital. He told the demonstrators: “We’re much stronger than ever.”

Guaidó says he returned to Venezuela to renew his campaign to topple the government of President Nicolás Maduro.

There was no immediate comment from Maduro’s government about the return of the opposition leader, who has declared himself interim president.

Guaidó had ignored orders to stay in Venezuela when he left the country last month.

12:25pm
Guaidó has arrived back in Venezuela to renew his campaign to topple the government of President Maduro.

Guaidó landed at the country’s main airport, about 40 kilometers (25 miles) from Caracas. He said in a tweet he successfully passed through immigration checks.

Several European ambassadors who support his campaign for a change of leadership in Venezuela were at the scene as he arrived Monday.

Dozens of countries have recognized Guaidó as Venezuela’s legitimate leader, arguing that last year’s re-election of Maduro was invalid.

Guaidó has called for nationwide demonstrations coinciding with his arrival. He’d ignored an official ban on traveling to go abroad.

11:40am
Several hundred supporters of Juan Guaidó have gathered in a Caracas plaza, heeding a call from the self-declared interim president to turn out for his expected return to Venezuela.

More demonstrators on Monday were walking toward the plaza in the Las Mercedes district of the Venezuelan capital. Some carried national flags.

The crowd initially appeared smaller than those of previous opposition rallies, which have drawn tens of thousands of people.

Guaidó says the goal of his return is to intensify pressure on President Maduro to resign so that a transitional government can take over and prepare Venezuela for free and fair elections. Maduro says he is the target of a U.S.-backed plot to overthrow him.

Guaidó on Monday morning tweeted that he was on his way home, though he did not reveal his exact whereabouts.

11am
Guaidó says he’s on his way home.

Guaidó tweeted Monday that he’s heading back to Venezuela, though details about his exact whereabouts remained a mystery ahead of planned anti-government protests.

The leader of the National Assembly has declared himself interim president of Venezuela. He says the goal of his return is to intensify internal pressure on the government of President Maduro. In the last week, Guaidó visited several Latin American countries that support his campaign against Maduro, who was re-elected last year in a vote that the opposition and dozens of foreign nations say was invalid.