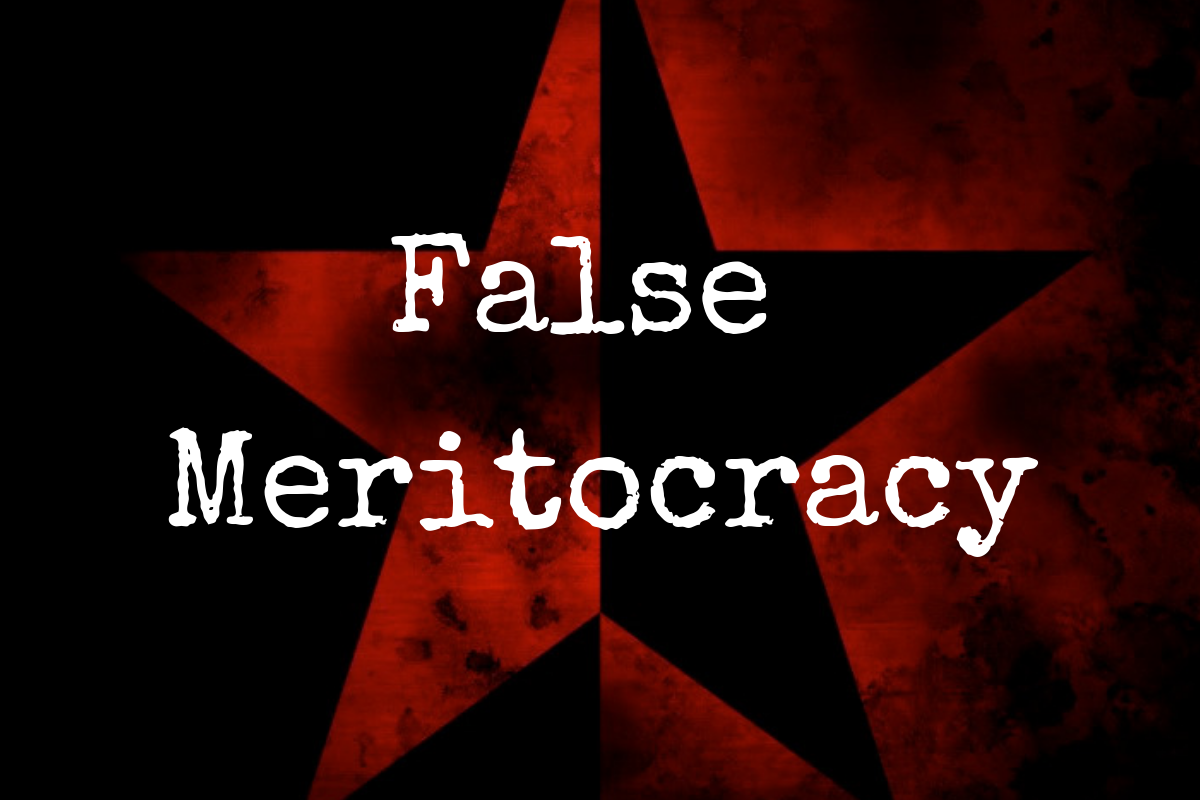 From the likely bribery involved in Jared Kushner’s admission to Harvard, to never-ending court fights over affirmative action, the worthiness of those admitted to our elite colleges and universities is a topic of debate like perhaps never before. The latest flashpoint in this debate is the news that the discovery of a criminal underworld of very affluent people bribing and cheating their children’s way into the nation’s top schools.

The revelation that some of the rich and privileged were cheating to get their rich and privileged children into top universities is unsurprising in its predictable terribleness. But it is a big mistake to accept the premise that the existing and increasingly competitive acceptance criteria for elite universities constitute any sort of meritocracy. Some parents can afford private tutors, SAT prep classes, and exciting extracurriculars. Some school districts can provide safe environments, good counselors, and AP classes. Others can’t.

Take my home county of Yolo County, California. The two biggest of the small towns are next to each other, separated only by around 7-10 miles of farm fields and county roads. They are Davis and Woodland, and they are near identical, except Davis is predominantly white, highly-educated, and hosts a major and respectable college, the University of California Davis, where my dad is a professor in the Mathematics department. Woodland, on the other hand, is half-Latino, majority-minority, and boasts only a community college. It’s an almost perfect tale of two cities, two similarly sized small historic farm towns with dramatically different demographics. And guess which town have the good public schools.

I often say the biggest sacrifice my parents made for me was deciding to live in Davis and not Woodland. I see that decision almost as a metaphor of their decision to leave Mexico in the first place: cultural isolation accepted as the price of opportunity. My dad certainly always has felt more at home in Woodland. There he can speak Spanish, laugh at chistes, and he won’t be confused with the janitor if he failed to wear a button down shirt to work. Still, he chose to live in Davis, where his accent and features would always make him stand out, where there are no good panaderías or taco trucks, and where he has often felt alone. I know this was done for me, so that I would have the good school, so that there would be no gangs in my life, so that I would go to college. In short, so that I would be one of the rare Latino kids who had the same opportunities as the white kids. 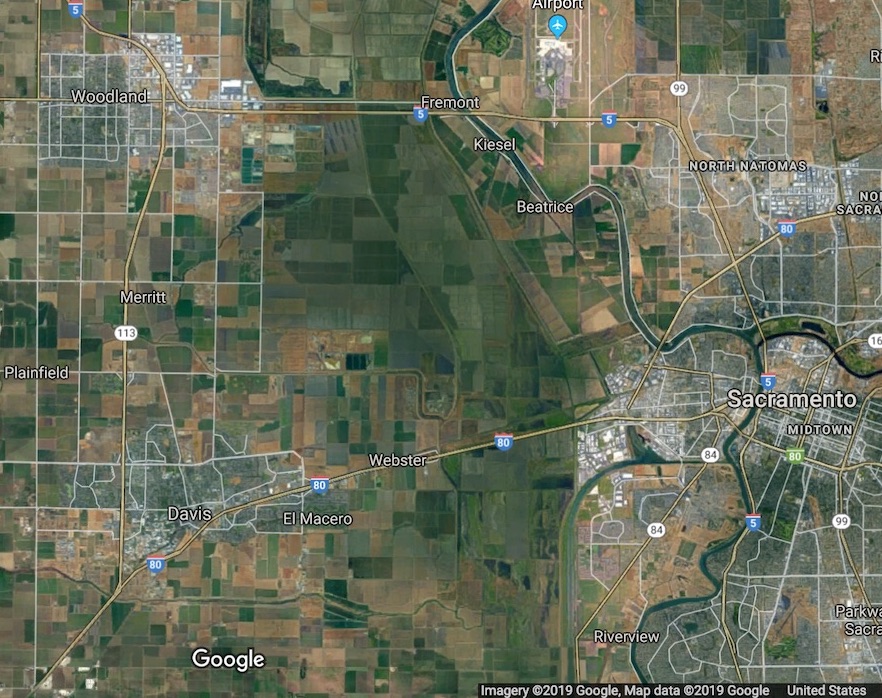 And so I grew up in Davis, with good, if occasionally racist, public schools geared above all else at getting the children of educated professionals to becoming educated professionals. The culture of high achievement our schools would foster was often toxic. Even setting aside the fact that “the good” public schools were content to write off entire categories of kids, (I was once discouraged from enrolling in an AP course, nudged gently instead towards auto shop class), the fixation with getting into good schools genuinely seemed to stress many a privileged teenager to the point of self-destructive or unethical behavior.

But while some Davis kids become so competitively set on gaining admission to Yale or Stanford, they regularly took Adderall to study for tests, while there are kids in Woodland and the rest of Yolo County who skip summer school to help their parents work in the fields.

Of course, it is indicative of my family’s immense privilege that we could even afford to live in Davis. The more I reflect on this, the more angry I feel that I had something approaching equality of opportunity with my white neighbors while so many Latinos did not. And that leads me to the ugly core of our nation’s educational system, which is how jealously every opportunity is hoarded and guarded in the privileged corners of America (you can usually tell which these are by where Latinos clean houses but don’t own homes).

For example, just try telling Davis parents that we’re going to let kids from Woodland attend DJUSD schools. Good liberals seem to transfigure into George Wallace standing in the college door. Combine the town’s insistence with policing the home addresses of the kids in its schools with the town’s refusal to build any new housing, and you have a combination almost as effective than a “whites only” sign.

This is also where the blind rage at even the thought of affirmative action comes from: it’s real fear that anything, or anyone, no matter their background, could come between their precious child and that Ivy League spot they have spent so much time perfecting their resume for. It is all tied up together: the pressure for the wealthy get into the top college by any means necessary stems from the constant fear that some other person will take your spot. It’s all a game of elite opportunity-hoarding, seeking desperately to ensure that the “meritocracy” is never truly judged on merit, out of fear they’d lose their ancient birthrights to the Ivy League, quite likely to newer people, to poorer people, to browner people. Isn’t this where all those lawsuits against affirmative action come from? Denial that somebody else might have actually just been more deserving?

If the American ideal of a color-blind meritocracy is ever to truly exist in our college admissions, it’s clear we need to level the playing field long before the college admissions process starts. I do not claim to know all the policy fixes, though committing to desegregation of our communities and our schools and actually seeing it through this time, certainly feels like a start. Until then though, there better be some affirmative action to make our current unequal admissions process remotely fair. If the meritocracy is to be real, the son of a farmworker who graduates from a “bad” school with a 3.0 GPA deserves Harvard more than just about any other kid in America.

And if this “admissions fraud” scandal teaches anybody anything, I hope it teaches students of color, low-income students, first-generation students, all those who’ve been called “tokens” or “affirmative action picks” a thousand times, that they are as good as anyone else at any school. Better than many, it turns out. So, as my dad told me, ¡échale ganas! There are a lot of doors —and schools, and towns— we need to open for the kids coming behind us.

Antonio De Loera-Brust is a Mexican-American writer and filmmaker from Davis, California. He has a degree in film production and Chicana/o studies from Loyola Marymount University in Los Angeles. He was a Joseph A. O’Hare S.J. fellow at America Magazine, based in New York City. He is a U.S. politics and international soccer junkie. He loves tacos, history, and the outdoors, and writes about diversity, farmworkers, and politics. You can follow him @AntonioDeLoeraB.