Netflix Announces ONE DAY AT A TIME Is Cancelled, and as Expected, Twitter Users Let Them Have It 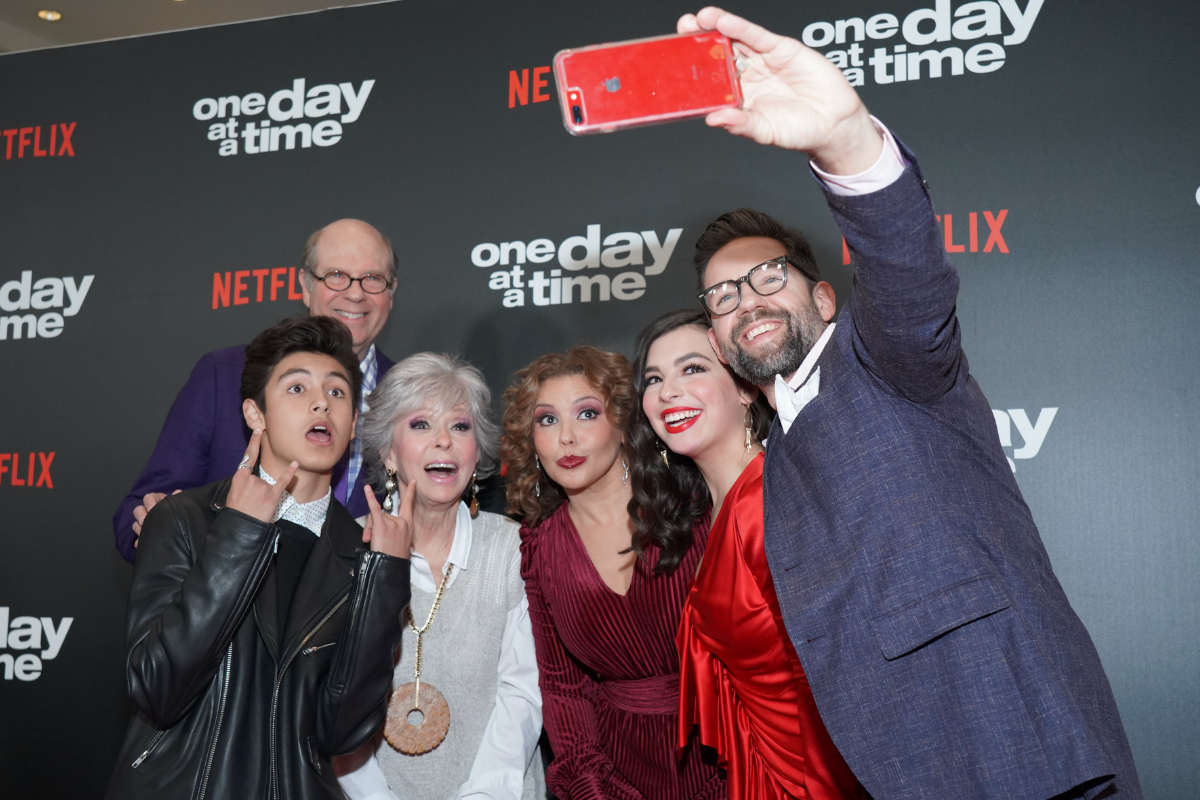 On Thursday afternoon, Netflix announced that it would be canceling the Latinx-centered show “One Day At A Time.” Following a family of Cuban immigrants and starring Justina Machado and EGOT recipient Rita Moreno, the show offered a much-needed look into the life of a first and second generation family, all while taking on issues affecting the LGBTQ community, and conversations that have taken the U.S. by storm like #MeToo and consent.

We’ve made the very difficult decision not to renew One Day At A Time for a fourth season. The choice did not come easily — we spent several weeks trying to find a way to make another season work but in the end simply not enough people watched to justify another season.

Since the release of Season 3 of the show, on February 8, the actors and those involved have been asking fans to rally in support of ODAAT, which had faced cancellation in the past. Still, Netflix went on with the decision stating, “please don’t take this as an indication that your story is not important.”

And to anyone who felt seen or represented — possibly for the first time — by ODAAT, please don’t take this as an indication your story is not important. The outpouring of love for this show is a firm reminder to us that we must continue finding ways to tell these stories.

And yet, that’s exactly how viewers perceived the cancellation.

As a grown person who watches this show, I think your decision is caca https://t.co/cqOU6lrhVe

I watched! The type of representation that that show afforded and the jobs it provided to POC and you couldn’t find a market for it?

Others noted the hypocrisy in keeping other shows on, like “Friends” for which Netflix paid almost $100 million, while deleting ODAAT.

No, that’s exactly how I feel. You spent millions to get the rights to Friends, which is literally airing on 3 different channels at any given hour of the day, but don’t give your support to #ODAAT. For shame! A POX ON YOU ??? https://t.co/blRJTidtTZ

But you guys keep some super questionable shows…. this show gave representation not to just the latinx community but also spoke about and advocated for important issues like mental health, lgbtq+ stigma, addiction, and many more. How disappointing.

When we tweeted out the news, the responses were pretty clear. By the way, this is was the only “cealn” reaction we could share from our thread:

Even Maria Hinojosa, the head of Futuro Media (which owns Latino Rebels) weighed in:

But there is NO OTHER WAY TO TAKE IT. BY CANCELING YOU CANCEL THE IMPORTANCE OF OUR STORIES.

One of the show’s stars, Isabella Gomez who plays Elena, went on Instagram stories to post a quick message for fans, “We love you guys, and I got you,” she says.

I’m so grateful to have played Penelope Alvarez. I don’t even know how to begin to express my gratitude to everyone. Truly, I am so honored that we got to tell our stories .Yes it was a Latinx family but it was a universal story about family and love. An American Familia ❤️

And we close out with what show co-creator Gloria Calderón Kellett shared in a thread:

You got to LA, You did the work, You worked hard for a long time, You finally got a show, It was a critical darling and it STILL got canceled. A THREAD. Here we are. I can’t believe it but it happened. The show I love just got canceled. This happens. This is part of the gig.

This is where the REAL test occurs. Where your resilience is tested. Luckily, you’ve had years of hustle. Years of fighting. So, you got this. Be Heartbroken. Feel that. Send your love emails. Call the people you are so grateful to have worked with. Cry. Go for a walk.

Look at pictures of those times with the amazing @OneDayAtATime family. YOU DID THAT. THAT HAPPENED. And it changed your life. So be grateful. How many people get to make shows? You are breathing rarified air. Feel your feelings and then…keep fighting.

So, yeah, that was more a self-pep talk. But I wanted to share it with you. Luckily, I believe in miracles. So, maybe we’ll find a home somewhere else. I hope we do cause @mikeroyce & I have a lot more for these wonderful characters to do.

Thank you to @JustinaMachado @TheRitaMoreno @Isabella_Gomez @themarcelruiz @Tobolowsky @toddgrinnell for making our dreams come true. We love this family we made on and off screen. Thank you to our writers & crew & guest cast. It was a privilege.

But we go on. We sit in the gratitude of getting to do the thing. And we keep going so that we can hopefully do it again & again. This is the gig. Heartbreak is part of it. But believe in miracles. I do. Good luck!

The reality is this show had many of us for many reasons. Let’s hope Netflix (or someone else) brings it back. Deadline is reporting that the show will be shopped around.