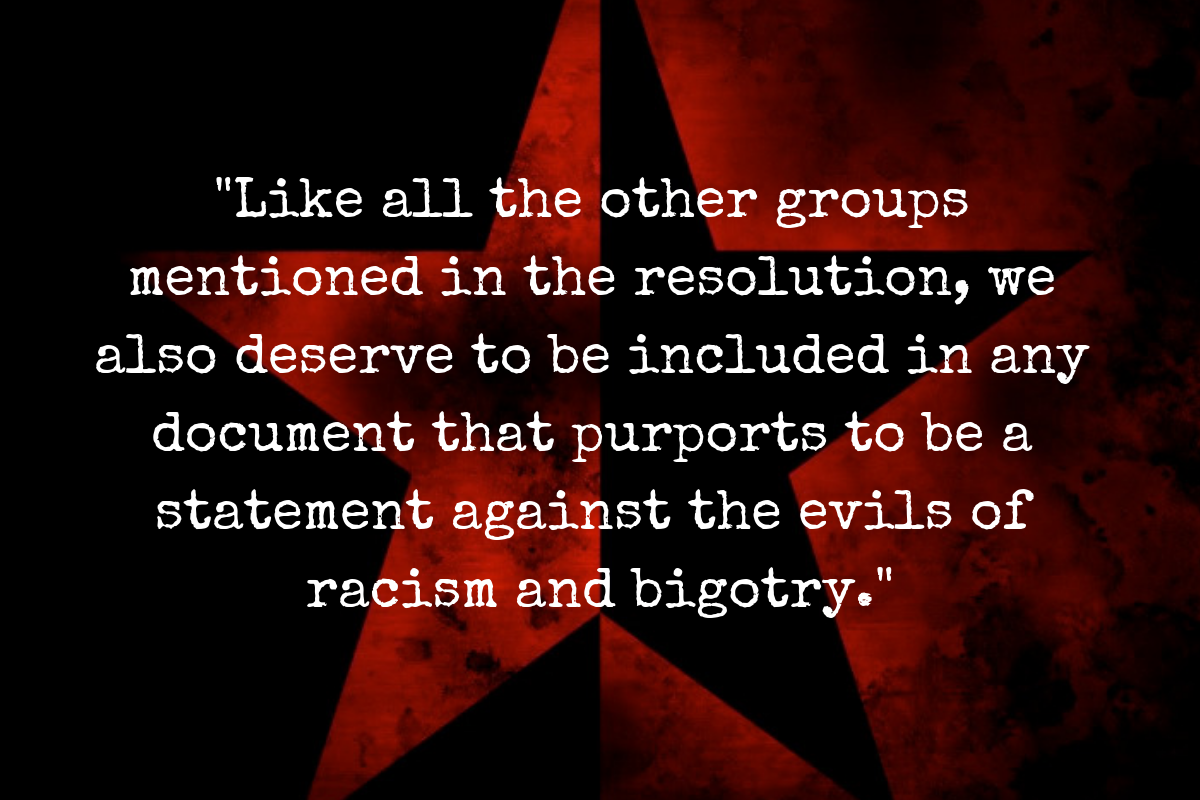 Whatever people may conclude regarding the entire controversy surrounding Democratic Rep. Ilhan Omar and her alleged anti-Semitic statements, there is no question that the powerful influence AIPAC has generated for decades on both sides of the aisle (and the associated human rights violations of Israel) have now finally entered the mainstream debate.

This latest controversy generated an incredible first draft of a House resolution that mentioned and targeted only anti-Semitism. This was a curious and revealing development, considering that many other racial and ethnic groups in our nation have also been targeted for discrimination and, as in the case of Native Americans and African Americans, have also suffered enslavement, exploitation, even genocide.

Due to its obvious limitations, the wording of the original was then expanded to include a condemnation of Islamophobia and racist discrimination against African Americans, Native Americans, immigrants, and people of color as well as against members of minority religions.

Yet, it is interesting though disappointing to note that in the revised draft of House Resolution 183, which details numerous attacks against Jews, Muslims and African Americans, not once did the terms Latino, Hispanic, nor Mexican American even appear. Thankfully, the members of the Congressional Hispanic Caucus were alert enough to note this obvious exclusion and insist that the term “Latinos” be included.

This raises the question as to why it took the active intervention of the CHC for us to be included in the long list of “traditionally persecuted people.” What often occurs is that Latinos are virtually disappeared under generic categories such as “immigrants” or “people of color,” neither of which account for three very key and undeniable realities about the Latinx experience here in the United States that are often ignored.

The first reality is that since 2003, it has been clearly documented that Latinos are the largest ethnic minority group in the nation and continue to be so, and therefore should appropriately be mentioned by name. We have for centuries been the targets of bigotry and discrimination, yet our economic activity alone rivals that of entire nations. We represent the widest diversity of nationalities, socio-economic classes and racial blending in our nation.

The second reality has to do with the widespread confusion about Latinos and race. Regarding us being “people of color” (a label that is problematic at best), it simply ignores that most Hispanic, Latinos, or Latin Americans are a racial blending from “people of many colors.” Not only can we be of any race, as official documents often remind us, but even more importantly the vast majority of us are of mixed race.  Biracial may be a relatively new concept in 21st Century United States, but Latinos have been biracial and multiracial for five centuries.

Most Puerto Ricans, for example, are a racial blend of indigenous Taíno Indians, various African tribes and nations, and Spanish settlers who may also have Celtic, Arab and Jewish roots. There are those who look quite European, like Carmen Yulín Cruz, the indomitable mayor of San Juan, and others who look very African, like the late great humanitarian baseball player, Roberto Clemente.  Some even display distinct Amerindian features, yet the majority of Puerto Ricans reveal a wide variety of aesthetic racial blending.

The third reality is that the term “immigrant” can apply to any number of racial, ethnic or religious groups, not only to Latinos. Moreover, not all Latinos are or were immigrants to the United States, most notably Mexican Americans who were here well before European Americans. It was the Anglos who were the “immigrants” coming into the West that had already been settled for generations first by Spaniards then by Mexicans who had established farms, ranches, vineyards, towns, churches, schools, courts, printing presses, and major cities such as San Antonio, Los Angeles and Albuquerque.

There was an entire Hispanic American civilization that already existed in what the Anglos called the “wild Western frontier,” and it was the Mexican vaqueros and charros who taught the Great American Cowboy everything he knows about mustangs, corrals, chaps, lassos and rodeos. Ask yourself why is it that all of these terms as well as some of the most characteristic geographical features of the American Southwest, including arroyo, chaparral, mesa and canyon, are all from Spanish.

It was the Norteño Mexican ranching lifestyle that established the foundation of what we now refer to as “Western living,” which encompasses not only such fundamental features as rodeo events and the cattle drives, but also architectural characteristics including patios, verandas, plazas and all kinds of vistas. In conclusion, many Latinos have long been here, have left their legacy, and are not just recent immigrants to our nation.

Since neither the categories of “immigrant” nor “people of color” refers specifically to us, it is quite discouraging that the first revision of this resolution should fail to even mention Latinos by name. What this demonstrates again is what many enlightened Latino thinkers have long recognized: we are always considered the eternal foreigner, despite having been among the earliest European settlers of this vast land.

Nevertheless, we have contributed our courage and lives to every military conflict from the Revolutionary War under Spanish general Gálvez, to the Civil War when we fought on both sides, and right up to the most recent imperial forays in the Middle East. Yet we have also suffered and continue to withstand the slings and arrows of racial and ethnic discrimination.

Like all the other groups mentioned in the resolution, we also deserve to be included in any document that purports to be a statement against the evils of racism and bigotry. As a nation, we should do no less for a people who have given so much and yet have been recognized for so little.