Beyond the Wall: How US Law Discriminates Against Disabled Immigrants and Refugees 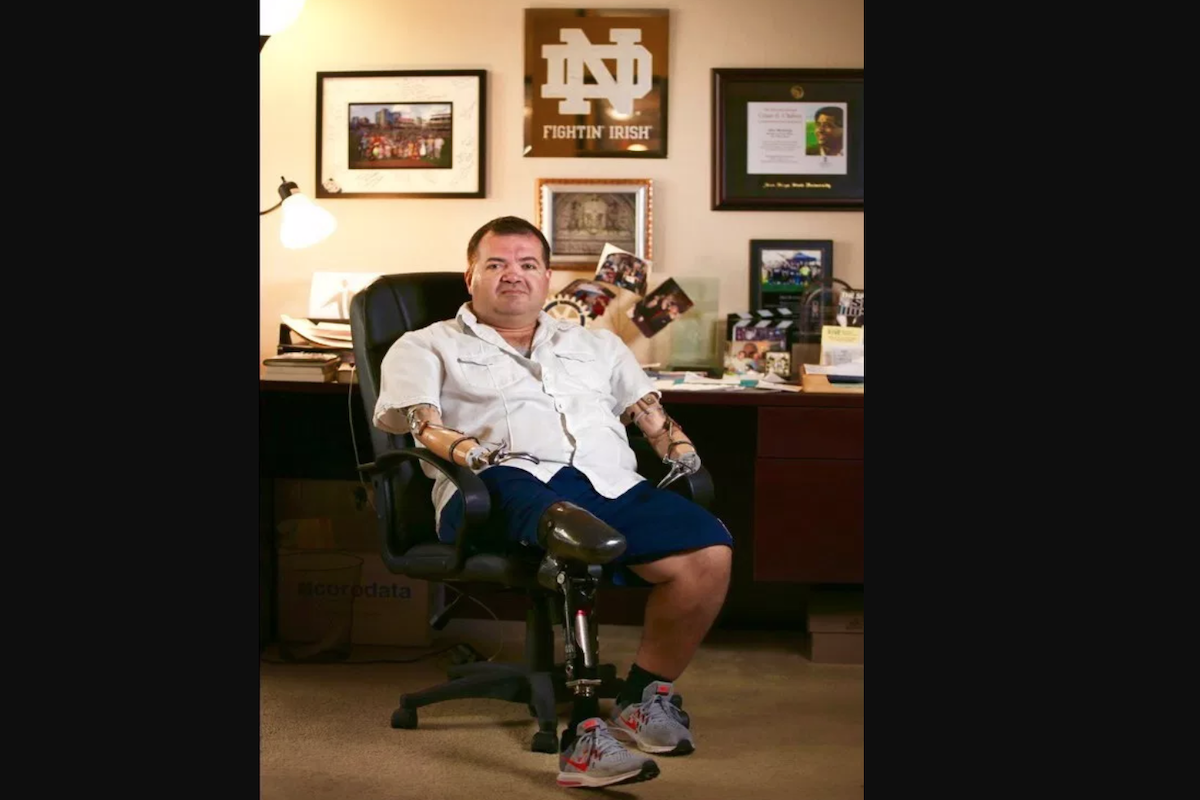 The Immigration and Nationality Act excludes individuals with “physical and mental disorders” who have “harmful behavior” that pose a threat to oneself or others.

Throughout the naturalization process, immigration law also requires that immigrants have a level of mental capacity to comply with immigration procedures, which has presented difficulties for individuals with mental and intellectual disabilities.

Then there’s the premise and constant call for a “merit-based” immigration system. Such a qualification would instantly disqualify individuals who are seen as non-productive, incapable, costly, or burdensome. Through the ableist eyes, those individuals would include the disabled.

“The current Administration’s stance on immigration is haphazard and reckless,” Alex Montoya said. “They are breaking up families, including those with disabled family members. It’s inhumane and immoral.”

Montoya is very familiar with the impact of immigration policies and its impact on disabled individuals.

“I was born in Medellín, Colombia as a congenital triple amputee,” Montoya explained. “I am missing both my arms and right leg due to the medicine Thalidomide. It was given to expectant mothers to fight morning sickness and was found to cause birth defects.”

At the age of four, Montoya came to the U.S. via a set of unique circumstances.

“A Shriners volunteer met a family member of mine when I was two,” he said. “It was completely by chance. Some call it coincidence. I call it divine intervention.”

Shriners Hospital offered the opportunity for Montoya to receive prosthetics and attend school. Such opportunities were not available in his home in Colombia.

“​I moved to the United States and lived with my aunt and her children,” Montoya recalled. “She was an immigrant herself so, she understood and made sure I took advantage of every opportunity.”

His initial experience in the U.S. was unsettling. He was segregated from his abled peers and quickly learned that obtaining a quality education would be a challenge. He also received his first lesson in advocacy.

“If you were disabled, you were put in a special education school,” Montoya said. “Those campuses were smaller, with less resources, and every child with every disability were lumped together. My Aunt fought for me to get an education… she fought so that I could be mainstreamed into a regular school… and she prepared ME to fight.”

Montoya used his determined mindset and fought his way through a successful educational career. He earned Most Likely to Succeed Honors at San Diego High School and was offered a scholarship to attend the University of Notre Dame. However, during his senior year of high school, Montoya faced the the reality of returning to Colombia.

“My visa that had allowed me to move to this country had expired,” he said. “During my senior year of high school, I was an undocumented immigrant. My family informed Notre Dame but, otherwise, kept it a secret. For almost a full year, I lived in the shadows. It was scary.”

“I walked into the courtroom with one ticket in each hook… One to Notre Dame in South Bend, Indiana, and one to my native Colombia, in South America,” Montoya recalled.

“The judge turned to me and said, “Young man, I see you’ve been accepted to Notre Dame and several other fine schools. You seem to understand the importance of education therefore I’m going to allow you to stay and passionately pursue your education. Welcome to America.”

Montoya went on to earn a Bachelor’s Degree in Communications from Notre Dame and then a Master’s Degree in Sports Management from the University of San Francisco. He is now a celebrated author, public speaker and, Founder of A-Motivational Communications, a consulting firm focusing on motivational literature, presentations, and coaching.

What if it was?

“In this climate of anti-immigration and American isolationism, my visa very well could have gotten denied… absolutely,” Montoya said.

Whatever one’s view on immigration, it’s important to understand the impact imposed on disabled immigrants and refugees. For every successful Alex Montoya, how many other advocates, writers, and motivators are denied opportunity?

How many of us await beyond the wall?

Val Vera is a writer who covers disability culture, lifestyle, politics, law and technology. He tweets from @ValVeraTX.