How Border Communities Support One Another 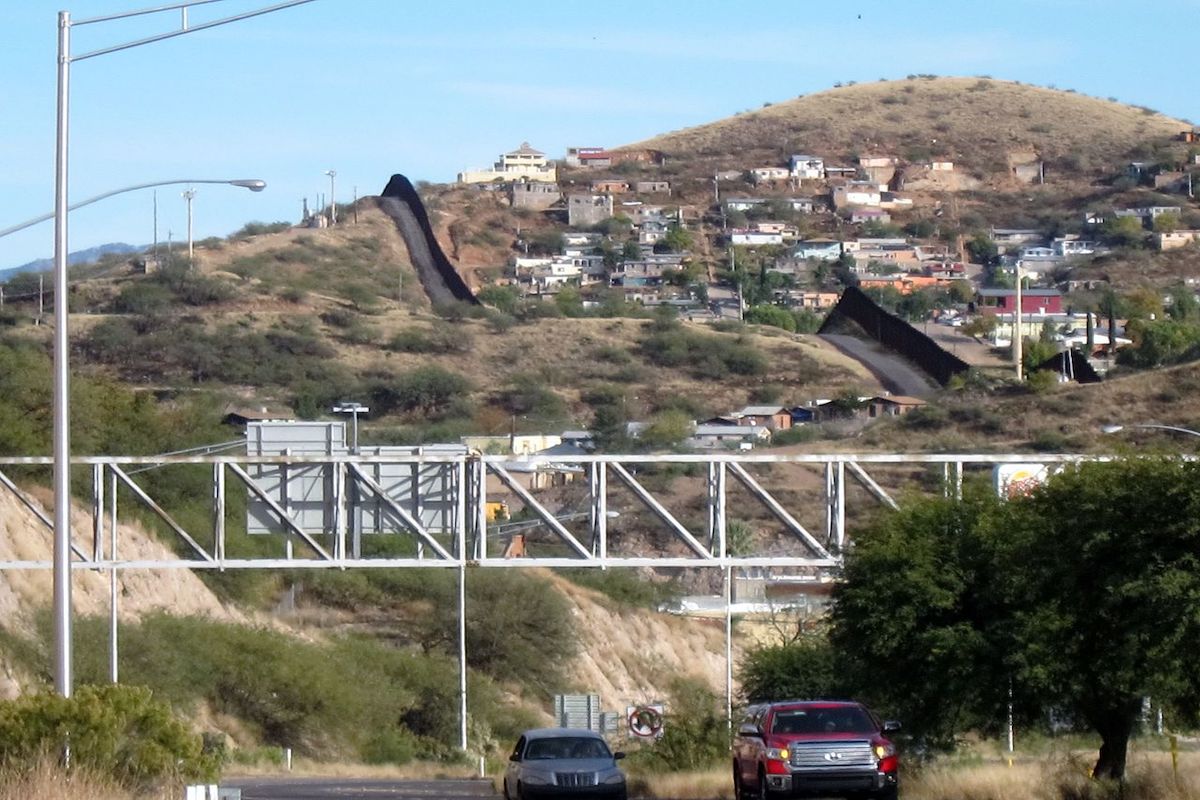 I grew up in the small town of Nogales, Arizona next to Nogales, Sonora, Mexico, also known as Ambos Nogales (or “both Nogales” in Spanish). This was where my parents, preschool teachers at the time, chose to raise their five children. Before my mother died, they lived in the now abandoned teacherage in Lochiel, Arizona, a former port of entry turned ghost town.

Visiting our sister city was embedded in our routine. We went grocery shopping there every week and had dinner there regularly, usually at our favorite campechana (Mexican seafood cocktail) stand. My first language was Spanish and our friends “across the line” knew us well, stopping to catch up with our father and his flock of güerito (light-skinned/blonde) kids.

My childhood memories of the border are all fond. Even on occasional days when we witnessed migrants crossing illegally, I never felt unsafe (and still don’t). Though we hardly spoke about it, the example our father displayed was one of compassion.

Over the past few decades, Ambos Nogales has watched our border transform into one of the most policed in the United States. Shops on either side continue to close down as the flow of tourism has slowed substantially, yet thankfully the stream continues. According to former Nogales, Mexico mayor David Cuauhtemoc “Temo” Galindo for every dollar that an American spends here in Nogales, Sonora, a Mexican from here in Nogales will spend up to five dollars in Nogales, Arizona.”

In February, the City Council of Nogales, Arizona ordered the Trump administration remove dangerous concertina wire installed by active-duty military, covering a stretch of the U.S. side of the border wall in the city, including residential areas.

U.S. Rep. Raul Grijalva sent letters to DOD and DHS officials demanding the same, reading in part: “One thing is clear: this is simply a manufactured crisis (…) Border communities remain some of the safest cities in the country.”

Still, last Friday, President Trump vetoed legislation to overturn his declaration of a national emergency to fund a wall along our southern border.

While our border sometimes experiences unique altercations —such as the customs officer who shot a southbound driver in the head after refusing to stop— these are not crime-ridden communities. Border cities from Nogales to El Paso have been denouncing these mischaracterizations.

What we often don’t hear in the discussion about the U.S.-Mexico border is how these sister cities support one another. Regardless of walls, wire, and other barriers, border communities continue to build bridges.

A cross-border initiative on which I serve as a board member, called ARSOBO (ARizona SOnora BOrder) Projects for Inclusion, unites communities on both sides of the border to provide medical devices, made by individuals who use the same device, to enhance the potential of those with a disability. Volunteers from U.S. and Mexico have been serving hundreds of children each month for over 45 years at The St. Andrew’s Children’s Clinic, to give children in need a better life. The Border Youth Tennis Exchange brings over 100 children together from both sides of the border to play tennis and forge friendships. And the Ambos Nogales firefighters have been helping one another for years in emergent situations, such as the cross-border fire rescue in December. These are only a few of the many partnerships that bring our resilient border communities together.

These bonds also extend to families and friends. While my father struggled more than most single-parent teachers, he frequently extended a hand to our Mexican brothers and sisters. What’s more, it was a Mexican migrant named Socorro who helped him raise us.

After my mother died, Ambos Nogales community members rallied around my family. Before and at the end of her shift, the bus driver for the school where my parents taught would bring Socorro to and from the port of entry and our stop, to take care of my siblings and me. Meanwhile, my newly widowed father could continue making his living teaching children to be bilingual, to learn through music and art, to play sports, to laugh, and so much more. Thanks to this cross-border partnership, we made it through the most difficult time in my father’s life.

Interestingly, socorro is also a Portuguese-Spanish word for “help” or “relief” in a time of need or danger.

While Trump’s razor wire, rhetoric, and “national emergency” are an unwelcome and menacing display of fear and deception, U.S.-Mexico border communities will always be linked and continue to provide socorro for one another.

Dr. Heidi L. Pottinger is a public health researcher at the University of Arizona, a community advocate, and a Public Voices Fellow with The OpEd Project.

3 responses to “How Border Communities Support One Another”