AOC (Once Again) Schools Fox News About the ‘Latina Thing’ 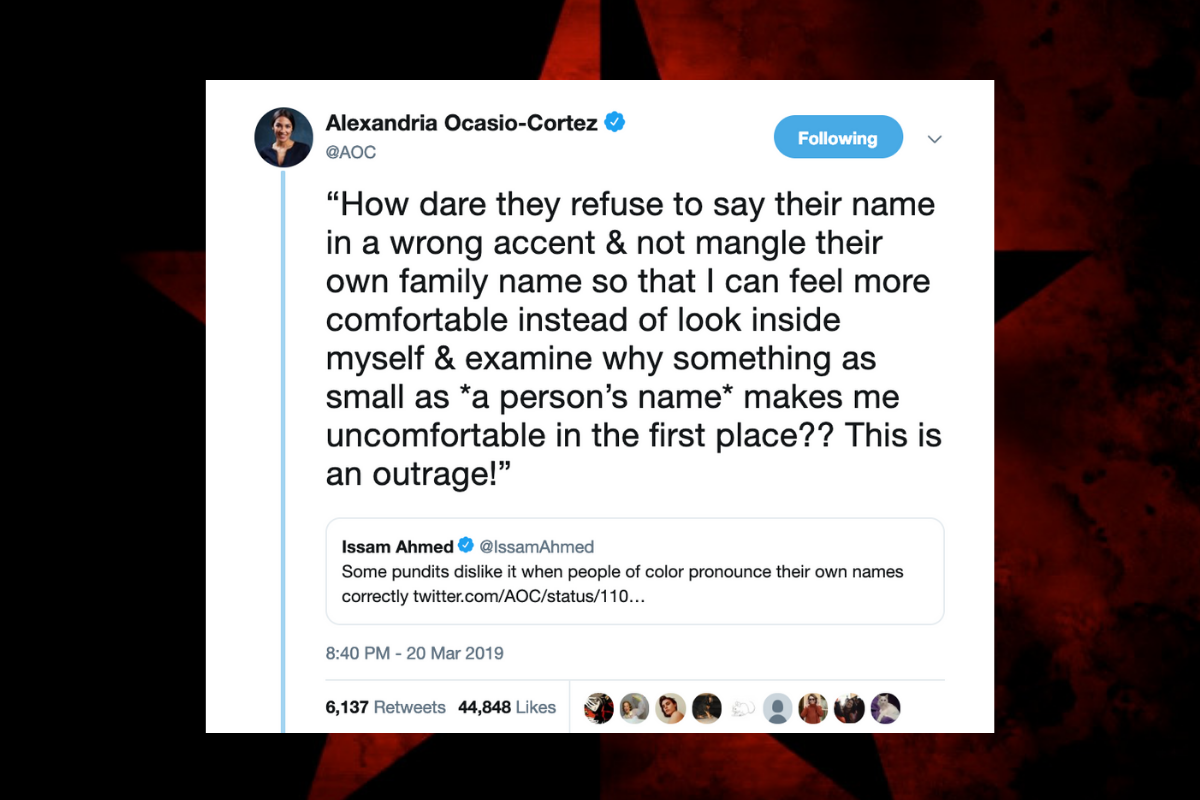 On Tuesday night during her Fox News show, host Laura Ingraham and guest Joe diGenova essentially mocked Rep. Alexandria Ocasio-Cortez about the “Latina thing” AOC does when pronouncing her name. The moment is near the end of this clip:

AOC made it super clear on Wednesday via Twitter and schooled the ignorance. Here it is:

Unless of course she‘s talking about being multilingual, which we know isn’t a ‘Latina thing.’

Siri, show me the brand of ‘economic anxiety’ that mocks Americans of color as unintelligent + unskilled, while *also* mocking those same Americans for speaking more languages than you: pic.twitter.com/HXBC7Osexu

“How dare they refuse to say their name in a wrong accent & not mangle their own family name so that I can feel more comfortable instead of look inside myself & examine why something as small as *a person’s name* makes me uncomfortable in the first place?? This is an outrage!” https://t.co/ArYd28WVcv

By the way: Fox News likes to say my name (incorrectly) as “Cortez,” which I can only imagine is bc that sounds more ‘stereotypically’ Hispanic + probably incites more ‘anxiety’ for them.

My last name is Ocasio-Cortez. Full stop. That’s my name.

No, you can’t say “Cortez.” I’ve never used that in my life. “Cortez” is referring to someone else.

Even if they‘re trying to be rude + wrong, my dad’s last name was Ocasio anyway.

(His name was hyphenated too, though.)

For the curious, in Latinx culture children take *both* their parents‘ names.

It’s not a “progressive, new thing.” It’s just how some names work. PR hyphenates, others mark differently. Your last name = the families that came together to make you.

AOC is also fine though 🙂