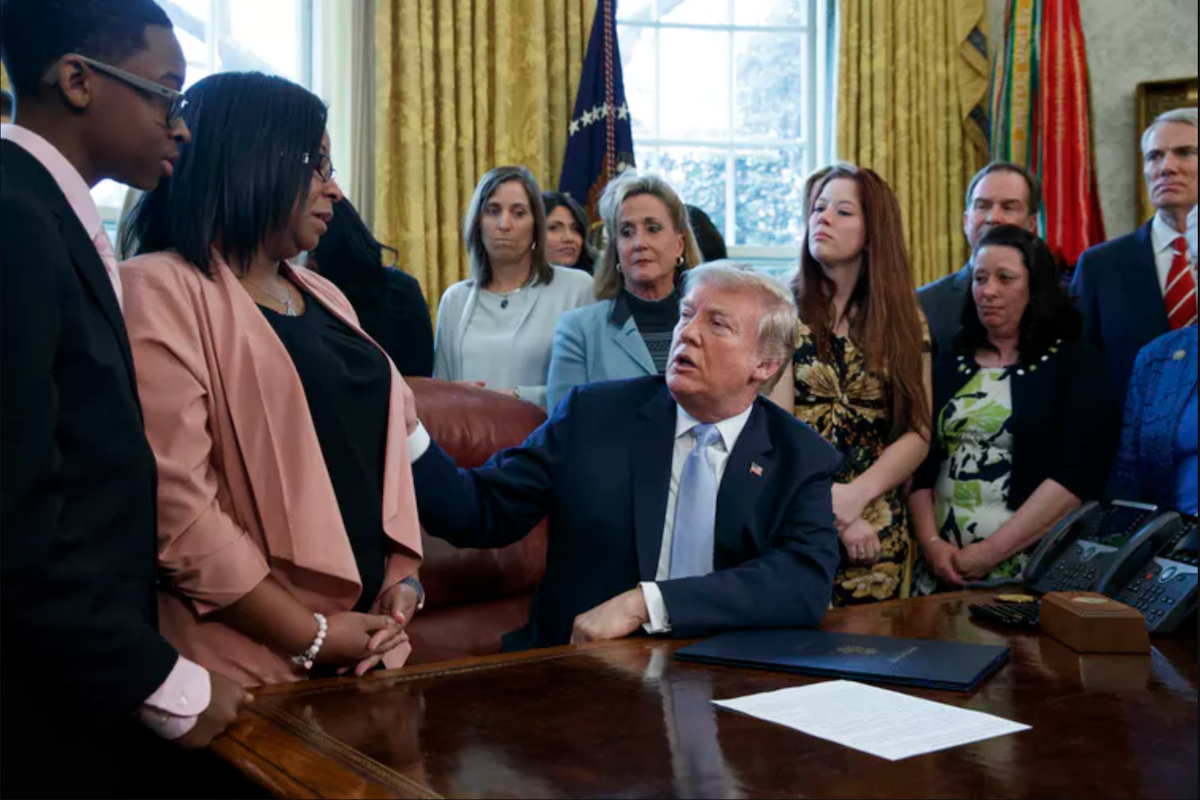 By Bob Spires, University of Richmond

Robert Kraft, the New England Patriots’ billionaire owner, recently made headlines when he was charged with two counts of soliciting prostitution. The women involved were undocumented Chinese immigrants who were human trafficking victims at the Orchids of Asia spa in Jupiter, Florida.

Raids and sting operations like this one, which ensnared about 100 other far less prominent alleged perpetrators and a few other very rich men, have become commonplace across the U.S. and the world. They highlight the ongoing exploitation faced by large numbers of vulnerable people.

While conducting research about human trafficking in Thailand and Cambodia, I’ve observed that grassroots nonprofits are often effective in addressing its root causes.

While no one knows how big the problem is, human trafficking is getting more attention today. This higher profile has given rise to what the criminology researchers Sanja Milivojevic and Sharon Pickering call a “global trafficking complex,” which they describe as a “tangled web of agendas, priorities, policies and ideological underpinnings.”

In turn, cases like Somaly Mam, a Cambodian woman who was praised by celebrities before resigning from her organization in scandal, show that some exaggerate the scale of human trafficking and misrepresent it to the public for their own financial gain. Fighting human trafficking has become a high-stakes endeavor across the world, with a dozen countries spending more than US$1.2 billion on anti-trafficking efforts between 2003 and 2012.

But many grassroots nonprofits witness this exploitation firsthand with the people they serve directly and do make a difference.

One excellent nonprofit model is the Coalition of Imokalee Workers, a Florida human rights organization that fights for decent farm worker compensation. Its anti-trafficking and advocacy work has led to effective and much-needed preventive measures. Most notably, the group has collaboratively developed a Fair Food program to ensure that corporations, farm owners and businesses pay farm workers adequately and treat them more ethically.

Another exemplary model is the Anti Human Trafficking and Anti Child Abuse Center in Thailand. The nonprofit aids children who have been sexually and physically abused and trafficked, many of whom are from Burma, Laos and Cambodia.

Realizing that the issue of child exploitation coincides with issues of poverty and vulnerability, the organization also helps law enforcement authorities stage sting operations to hold perpetrators accountable. They also participate in joint task forces together with local, national and international leaders to address the root causes of trafficking.

Here in the U.S., the Trump administration’s efforts to slow the pace of immigration are making conditions more precarious for undocumented workers and causing an uptick in human trafficking. As migrants lose rights and protections, they tend to become more vulnerable to exploitation, not less.

This is not unique, however. Many other countries, including Thailand, are using trafficking as a rationale for more restrictive immigration policies. Their leaders often try to achieve political ends by demonizing migrants forced to do work they do not wish to do.

President Trump has repeatedly claimed that one benefit of the border wall he wants built would be curbing human trafficking. I do not believe that rationale for his harsh immigration policies adds up.

Like many experts, I see no statistical evidence supporting the claim the wall will stop trafficking. Although other complex humanitarian crises exist on both sides of the border, any policy that punishes the people that it is intended to help won’t resolve the issues that jeopardized them in the first place.

In addition, he has maligned immigrants, calling alleged undocumented gang members “animals” or “an infestation.” This kind of disparaging of newcomers can increase human trafficking, two psychologists have found.

To be sure, Trump has signed several important laws, including one that designates US$430 million to fight trafficking. The White House continues, however, to pressure legislators to tie stronger border security to human trafficking, which distracts from the real issue of the exploitation of migrants.

It is also troubling that Trump is a longtime friend of men accused and convicted of crimes involving human trafficking, including Jeffrey Epstein and Kraft. The Miami Herald has unearthed selfies of him posing with Li “Cindy” Yang, a political donor and the founder of the Florida spa chain embroiled in the prostitution bust. The photos were taken weeks earlier, at a Mar-a-Lago Super Bowl viewing party, and Yang no longer owns the spas and has not been charged.

The types of policies I think would help would discourage this exploitation and support survivors, while at the same time not restricting migration in ways that make already vulnerable groups even more vulnerable.

In Southeast Asia, I’ve seen that laborers and sex workers from Cambodia, Burma and Laos are more easily exploited in Thailand, not because of a weak border, but because those on the wrong side of it have no recourse if mistreated.

I believe the same dynamic holds true here in North America and in all areas where the world’s estimated 40 million human trafficking victims are being forced to work for little or no pay.

The new law calls for spending $430 million to fight trafficking, and many major organizations like UNICEF, International Justice Mission and World Vision support the law. Yet Trump immediately undercut its effectiveness by spouting anti-immigrant rhetoric, saying, “This really is an invasion of our country by human traffickers.” In my view, his words undermined at least some of the potential positive impact of this new funding.

I recommend continuing collaborative efforts without sensationalizing with misinformed rhetoric. I also believe that Trump should focus anti-trafficking messages on the abuse of power and the exploitation of the vulnerable instead of taking advantage of trafficking to push for a border wall.