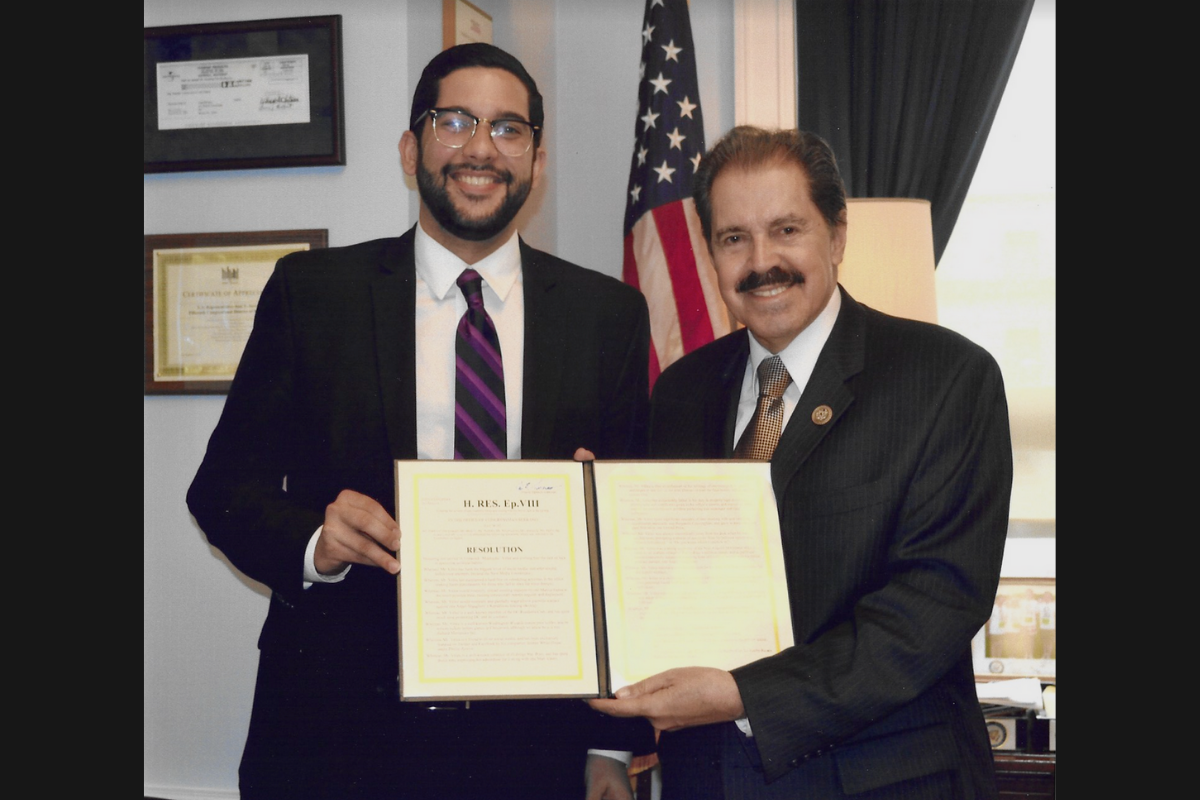 The problem with consistency is that after a while we start taking it for granted.

On Monday, Congressman José E. Serrano announced that he would not be seeking reelection in 2020. After more than 45 years of serving the people of the Bronx and of Puerto Rico, the congressman decided to retire due in large part to his diagnosis of Parkinson’s disease.

I had the honor of working for Congressman Serrano —forever the “Big Boss” to me— for six years. Working in his office was my first job out of college, and I will be forever grateful at the opportunity he gave to a 21-year-old from Trujillo Alto.

I always knew how lucky I was to have worked for him, but it wasn’t until yesterday, when I looked back at what the Congressman has accomplished during his career, that I genuinely understood: My professional career started on the shoulders of a giant.

I planned on writing a serious essay on everything that he has done and what he personally means to me, but anyone that has met the Congressman knows that he loves making everybody laugh and have a good time. That’s why everybody loves him.

One of my favorite traditions in sports is that when a legendary player is about to retire, they are celebrated in every city they visit.

I first noticed it with Derek Jeter. Games would be stopped for standing ovations in every stadium. Players would give him retirement gifts and fans would sell out every Yankees game just to get a last look at him wearing the pinstripes. It continued with David Ortiz, Kobe Bryant, and is currently happening with Dwayne Wade—but why am I even talking about this?

Imagine if your favorite sports legend told you that he or she would retire in a couple of months. You would probably watch every game and tweet your support every time you could, right? Serrano would be a first-ballot Hall of Famer in the non-existent “Puerto Rico Political Hall of Fame,” and I don’t intend to miss his final season. We are witnessing a living legend after all.

Not convinced? In a nod to Serrano’s love for sports, let’s take a look at his resumé with a sports twist:

I could continue to name things that he has done for Puerto Rico, the Bronx, and the United States, but that is not the point of this article. The Congressman has dedicated his entire life to helping improve the lives of millions of people in the Island. He did not have to do it, and he has never asked for anything in return.

In the next 21 months, let’s start a new tradition: as Puerto Ricans, let’s celebrate his accomplishments as we would any sports legend. Let’s support him in his fight to improve the lives of millions of people in the Bronx, Puerto Rico, and the U.S. territories. And when all is said and done, maybe we can throw him one of those parades that Félix “Tito” Trinidad enjoyed when he came back from a fight. After 45 years, that’s the least we can do for someone who has done so much for us.