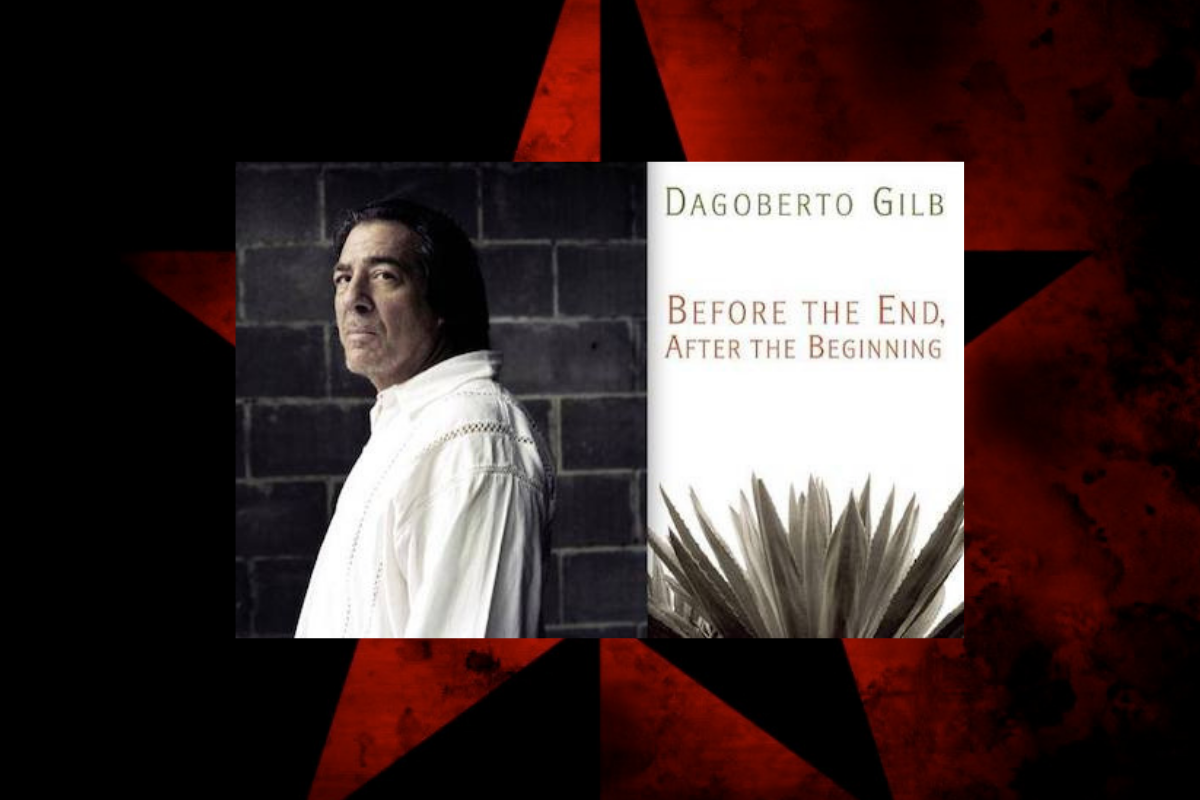 It is a Literary Renaissance when a Chicano can meet a writer whose work he admires, become his mentee and then his friend.

That’s the case with myself and writer Dagoberto Gilb, the Godfather of Chicano literature. I met him while I was earning my Master of Fine Arts at the University of Houston Creative Writing Program.

Gilb headlines the lineup of thinkers, leaders, and writers celebrating the 21st anniversary of “Nuestra Palabra: Latino Writers Having Their Say” this Wednesday (6:30pm) at the Museum of Fine Arts Houston Brown Auditorium. (Visit www.NuestraPalabra.org for RSVPs and the full list of presenters.)

I founded Nuestra Palabra (NP) shortly after completing my MFA. Each speaker represents a different facet of our trajectory. However, Gilb possesses a profound perspective on the state of Latinos and intellectuals in America. We chatted about that leading up to the event.

Dagoberto Gilb: I was not one of your best students back in the day. Maybe it wouldn’t have improved my standing a whole lot, but I do believe that what I write about —working class Mexican Americans— would have done a lot of good for a lot of us, including me, the vice principal’s favorite to swat. Ignorant and mean-spirited as it makes Those In Charge out to be, that two of my books were banned I accept like an Oscar. The fact is, excuse this immodesty, that my work has been published and honored in the finest literary venues in this country but is “wrong” for our own community’s use? We use their ignorance as evidence. We fuel our talent with ambition to be so much better than that.

TD: You joined the 2012 Librotraficante Caravan to smuggle the books from the outlawed curriculum back into Tucson. You were contraband.

DG: Yup, me muy dangerous and subversive! Do not go out and buy my books, which are The Magic of Blood, The Last Known Residence of Mickey Acuña, Woodcuts of Women, Gritos, The Flowers, and Before the End, After the Beginning.

TD: The great news is that the ban of MAS in Arizona was overturned, but it still happened. What does that say about the United States?

DG: The end of the beginning. Arizona is the Southwest’s Mississippi in its anti-brown, anti-Mexican, and anti-MexAm life. It will be a new Civil Rights Era for all people whose history is based in the American West.

TD: I was honored to be included in the anthology Hecho en Tejas. You also included a Nuestra Palabra discovery, Tonzi Canestraro Garcia. And you made sure classic Houston voices like Evangelina Vigil Piñon and rapper Chingo Bling were included. Why was it important for you to create this anthology that argues for Texas’s role in Mexican American literature, and also what do you see as Houston’s role in the Chicano Renaissance?

DG: I edited Hecho en Tejas because, after almost two decades working in the construction trades, I’d become a professor at Texas State University. I saw American literature classes with nothing taught written by any MexAm. I saw courses on literature of the Southwest or Texas with maybe one week on Mexican America, usually a questionable read if not almost a patronizing selection. I couldn’t believe it was willful, didn’t want to. When I asked teachers why, I was told that there was no place to find the work or learn of the authors. The anthology was the result. Now if anyone takes a lit class without several of us taught, it should be judged a willful offense. As to the Chicano Renaissance in Houston, I love Houston, the youngest, freshest Big Time City.

TD: As Nuestra Palabra turns 21, I feel as if a lot of things have changed for the better. However, I also feel that there are some structural issues that continue to impede our intellectual growth. What do you think?

DG: We can drink now? We can drink now!!! And we adults can read. And many of us do, but too many of us still think of reading —art— to be of and for the young, for children and young people only. And we promote it for our children and young to better themselves, to make their futures better and stronger than ours has been. And that is good. It is fine and beautiful. But we are 21 now. And older. Art, especially reading, is about our own intellectual growth, our own community’s intellectual ability. Books and ideas in them cannot be distributed by Disney alone.

Books are not only aimed to make our children better students, to mentor them to do and be good. Though there is absolutely nothing wrong with that, books are meant to advance us all, the soon-to-be or already-are elders of life. They are stories of mature lives, of men or women, of each of us, from the beginning of a life to its end. Like actual life, that’s not for non-drinkers only, or the only young. That’s life without crosswalks or crossing guards or any teachers. It’s about the lives of those who have and worry about their children, about jobs and thieves, about the joy of silence after fifty years of noise, about sadness, and love, both of which are often consumed at a higher proof by those well past the legal drinking age.