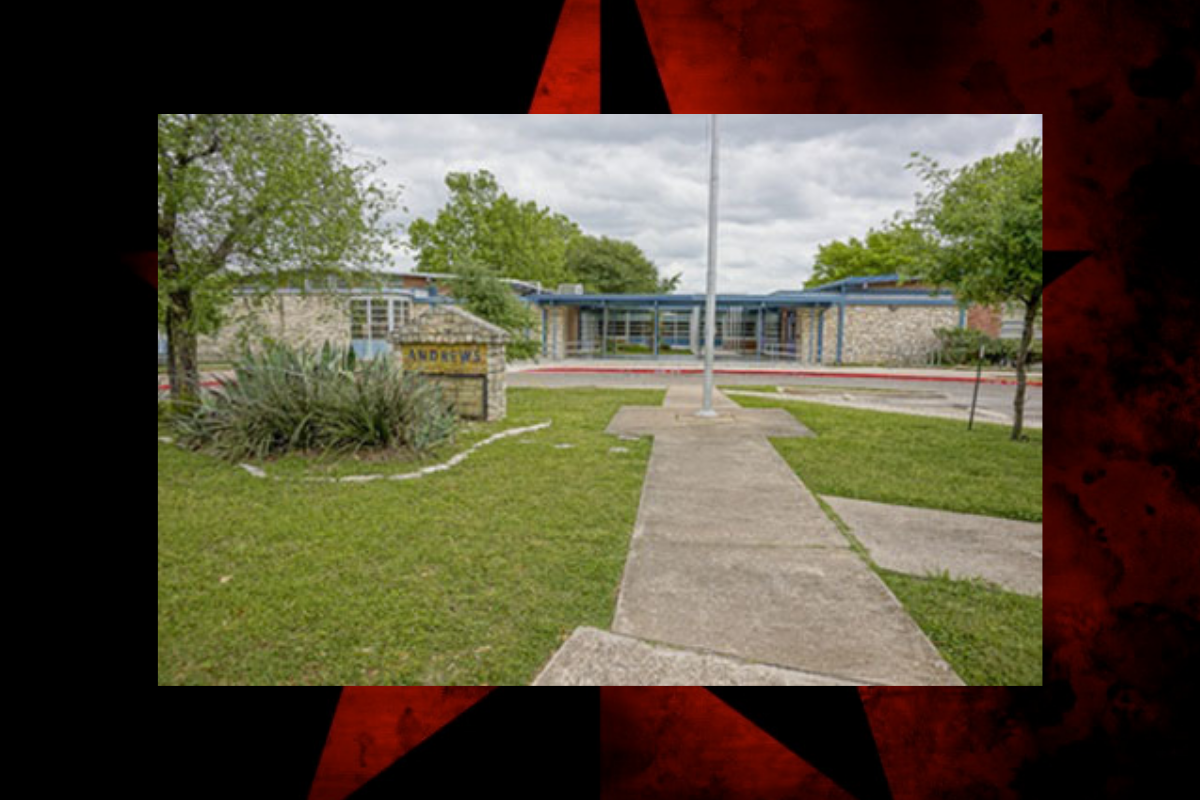 The principal at Andrews Elementary School in Austin, Texas, was removed from campus, after accusations surfaced on Monday of anti-immigrant bias toward undocumented parents. Gabriela Soto allegedly referred to them as “illegals” and typed Trump’s MAGA sign to a PTA newsletter with the phrase “Making Andrews Great Again.” Locals are saying it’s part of a larger intimidation issue toward members of the predominantly Latino school community.

“It’s a step in the right direction. We see it as little progress,” Paul Saldaña told Latino Rebels. Saldaña is a member of the East Austin School Manifesto Coalition, a grassroots organization made up of parents and community leaders working on improving the quality of education for the predominantly Black and Brown schools in east Austin, where, according to Saldaña, a majority of ongoing segregation, racism and classism issues unfold.

The news of Soto’s imminent termination spread among the parents and staff of Andrews Elementary via a letter signed by the Executive Director of the Austin Independent School District (AISD), Betty Jenkins. Dated April 10 and printed in a simple white page with no official AISD letterhead, Jenkins informed the school community that “Gabriela Soto will not be returning” and assured the community that the AISD will continue to review and address the discriminatory concerns brought forward by the organized parents and teachers.

The families who could have potentially been affected by Soto’s message have remained mostly anonymous, due to fear of authority retaliation as a result of their immigrant status.

Allegations of Soto’s bullying broke out Monday, April 8, when community leaders staged a press conference in front of the school, detailing grievances that began when Soto was hired as principal at the beginning of last year. One of the grievances included referring to undocumented parents as “illegals.”

The families also claimed Soto removed parents from the PTA board after questioning their immigration status. She also appointed a new board, snapped a portrait and added the photo to the newsletter that was circulated to Latino Rebels. 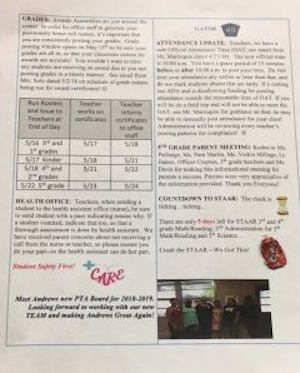 Photo of document with image of “new” board members. (Courtesy of Andrews Elementary School parents and local organizers)

“No one could do anything because of undocumented status,” the families wrote collectively in an email exchange, saying that Soto would not let undocumented parents go on field trips.

Saldaña said that Soto’s attitude fostered and condoned other acts of animosity toward undocumented families. For example, there was a math teacher who told students they could not speak in Spanish.

“Andrews Elementary School campus has gone through at least 10 different administrators in the last four years,” he said.

LR reached to Soto for comment, but received an automatic email message response stating that she was out of the office until April 26. Sources said she is gone on medical leave.

Even though Saldaña celebrated the —unofficial— termination of Soto, he noted that her removal was one of the four demands put forth by the coalition of parents and school staff. Other demands include a public, transparent and thorough investigation by the school district, a public apology by AISD senior leadership, and enhanced campus parental support as an effort to reassure the frightened community and to respond to some of the damage inflicted.

“At least a handful of the parents have removed their children from the school, scared that they will be reported to ICE officials,” he explained.

States cannot constitutionally deny students a free public education on account of their immigration status, per the Supreme Court landmark decision from June of 1982, Plyler vs. Doe.