For Carmen Yulín Cruz, the First Election Hurdle Is the Steepest 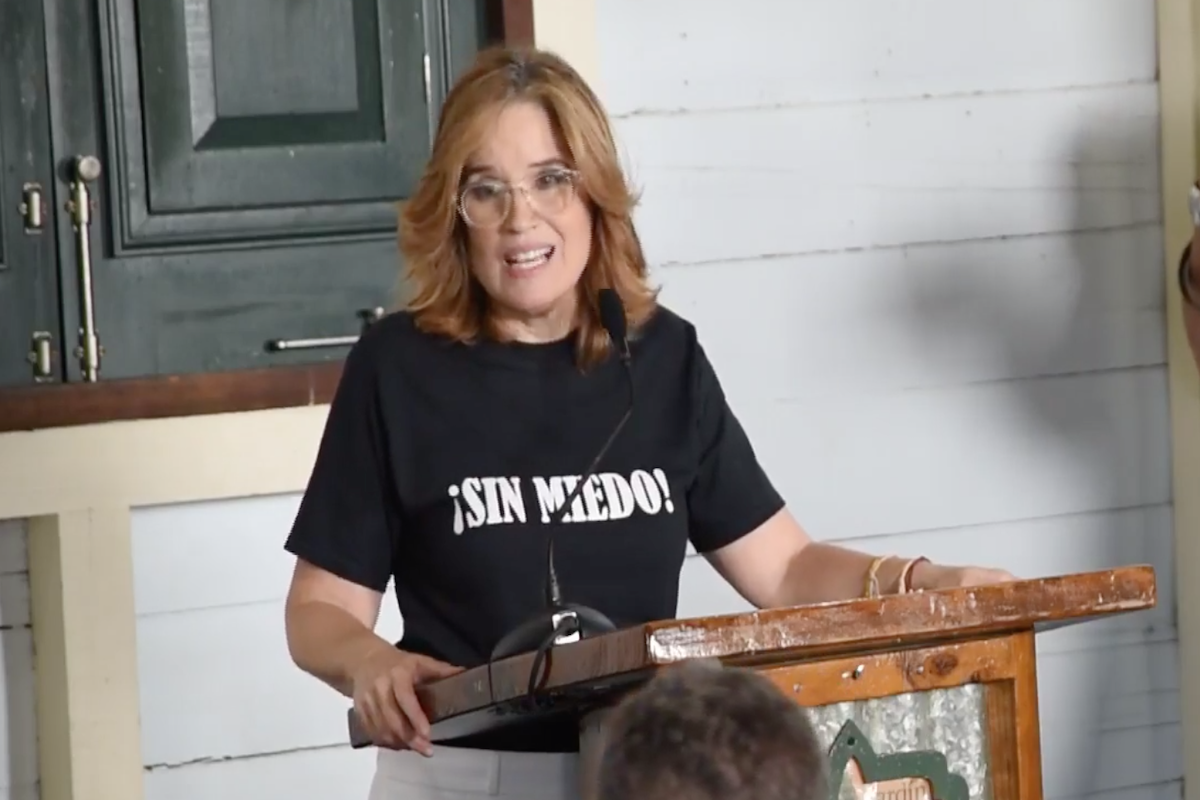 It is has been said that in a race the last hurdle is the hardest, when one is exhausted and bruised, but for San Juan Mayor Carmen Yulín Cruz, who announced last month she will run for governor of Puerto Rico in 2020, the first hurdle will be the make or break.

Yulín Cruz, 56, morphed into an international darling after facing off President Donald Trump over the inept federal response to the devastation of Hurricane Maria in 2017 and the deaths of more than 3,000 Puerto Ricans.

The image of this tiny bespectacled woman throwing Trump’s words back at him like a four-seam fastball played well, and put Puerto Rico and Yulín in high profile.

Rumors of a bid for La Fortaleza started to circle. After all, she was the champion of the impassioned plea for Puerto Rico and had captured the momentum. But in the midst of the awards, the recognitions and the television appearances, she forfeited her political capital on the island to enhance her profile in the halls of Congress.

In the streets of Old San Juan, she is far from the anti-hero hero she was back in September of 2017. They have taken less than kindly to her many absences.

Yet after months of deliberation and a consultation with “Juan Pueblo,” she made a tactical decision to run under the umbrella of her party —the Popular Democratic Party (PPD)— something she swore vehemently she would never do. After all, the PPD wins elections and Yulín is a consummate strategist.

Ignoring the voices that warned her it was too soon, she went ahead and called back her “army of red fire ants” —an unconventional amalgam of alliances, inclusion, and a message of hope and personal attachment— that led her to a historic victory in first campaign for San Juan and an eventual second term.

“I believe we are capable of starting the movement that breaks down barriers, a movement that recognizes that we are boricuas and our ability to help ourselves is greater. We are going to start a transformation. I am going to serve the people of Puerto Rico as the next governor.”

This “transformation” will hinge on Yulín’s ability to break open an ossified party, returning it to its roots of Pan, Tierra y Libertad. But the PPD has sold its soul slowly, in increments, over time and become a shadow of what it once was: a mechanism to self-govern. It is now down to its colonial unmentionables.

By bringing her brand of “el poder está en la calle” (the power is in the street), Yulín “jamaqueó el palo” (she shook the PPD’s tree), as ex-PPD governor Aníbal Acevedo Vila said. The San Juan mayor had repositioned the discussion about Puerto Rico’s relationship with the United States. She threw down a gauntlet at the foot of the well-heeled PPD elders—change or be on the wrong side of history.

Her first hurdle, the PPD primaries, will be the hardest to overcome. Fall here and it’s done.

In charisma and message, she is stronger than her opponents, but will it be enough to pull in the dyed-in-the-wool Populares, many who strongly oppose her ideology and feel abandoned by Yulín?

If she does win the primaries, she will run for governor with the cupula of the PPD gritting its teeth, but swallow the Yulín pill they will, because they know she, more than any of the others, has a fighting chance to win.

Governor Ricardo Rosselló’s administration, which favors statehood, lies bleeding badly, cut to shreds by the debacle of Maria, corruption scandals involving his brother and close associates and jaw-dropping ineptitude. It has not helped that Trump has openly criticized the Puerto Rican government, calling it everything but thieves in the temple.

And let’s not forget, Yulín is the woman who goes by the moniker of a “pitirre,” a tiny but ferocious bird that defends itself against the attack of a larger predator. The “pitirre” came from behind to beat the popular incumbent mayor Jorge Santini, a cacique in power for over 12 years.

Then, as now, most considered her campaign political suicide.

What she does need is to make her campaign connect to something larger than herself, to be more than the rescuer of the PPD and the town’s crier against evil Washington. She needs to better explain the woman she Yulín is selling and what she stands for.

She is attempting to polarize the elections, making them a nationality issue. Although she does reject the current status and statehood, Yulín falls short of calling for independence. She wants to change the rules of engagement, but needs to clarify to what and how.

Her opening at a recent speech at Harvard could be the first salvo: “Soy una nacional puertorriqueña… Puerto Rico es mi nación.” (I am a Puerto Rican national. Puerto Rico is my nation.)

In a recent interview, she further spelled out her view of the relationship between Puerto Rico and Washington:

“The U.S. invaded Puerto Rico in 1898 and we receded as an act of war. But there is a nation here with a cultural diversity, cultural differences, and language. I am not an American living in Puerto Rico. I am a Puerto Rican that respects their American citizenship.”

It would indeed be suicidal for Yulín not to acknowledge that she has a serious perception problem—some of it her own making; some the product of tribal politics and a society that refuses to come out of its Victorian male-dominated worldview.

But because politics make strange bedfellows, Yulín might have a powerful ally in Trump. In a recent barrage of angry tweets, Trump has basically said he is sick of Puerto Rico, called Yulín “crazed and incompetent” and Rosselló a failure.

It looks like President Trump has deleted his tweet calling San Juan Mayor @CarmenYulinCruz “crazed and incompetent” (first picture is a screen grab of the deleted tweet, second is the thread still on his account) pic.twitter.com/sY58pF1s2y

Trump’s insults are making people angry, crystalized the discussion around colonialism and spawned a spasm of national indignation and outrage. In the court of Puerto Rican opinion, Trump more than stepped over the line.

Even Rosselló has been muscling in on Yulín’s act by saying: “If the bully gets close, I will punch the bully in the mouth.” (He later tried to pass it off as a metaphor.)

Trump’s odiousness towards Puerto Rico could prove to be the mallet that will crack open the party and the gift that keeps on giving for Yulín, and for those who want self-determination. As a dear friend put it recently:

“Trump is the rhinoceros in the china shop and here [in Puerto Rico] we have to break everything in order to reconstruct. We needed a loco.”

Trump is Yulín’s loco. If I were her, I would pray for the Lord to keep the President alive and ranting until the island’s elections—for he gives credence to her campaign and might just give it the power and raison d’être she needs to pull it through.

One response to “For Carmen Yulín Cruz, the First Election Hurdle Is the Steepest”