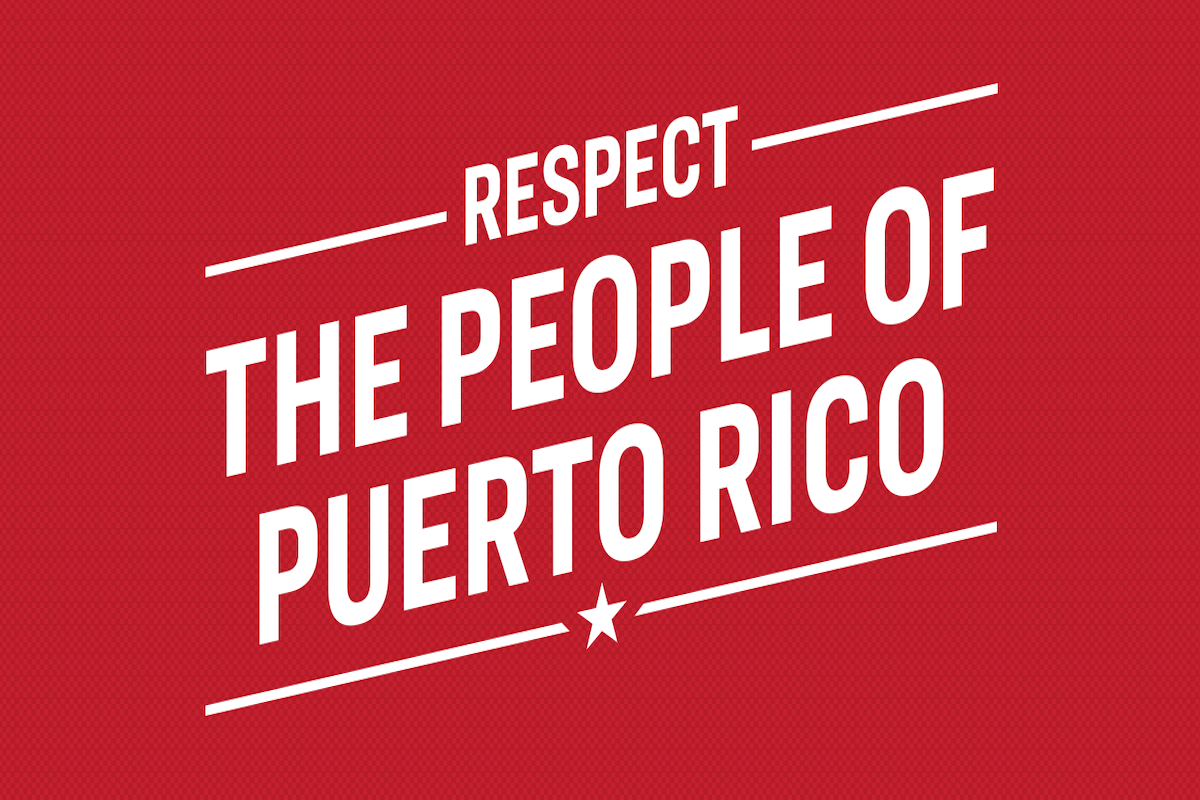 (Via the Elizabeth Warren campaign)

On Thursday, the same day a House Natural Resources Committee hearing on Puerto Rico is happening, Democratic presidential candidate published a very detailed plan (in Spanish too), stating her position on how she would provide comprehensive debt relief in Puerto Rico.

Warren’s words speak to the island-colony’s precarious financial situation, not only after Hurricanes Irma and María in 2017, but also before it.

“For over a decade, Puerto Rico has been a clear example of how well the federal government works for Wall Street and how poorly it works for everyone else,” is Warren writes at one point.

She is also quick to remind people that she voted against the 2016 bipartisan PROMESA bill, signed into law by President Barack Obama.

“I voted against PROMESA, and many of my fears about it have come true,” Warren explains. “So far, the control board has slashed basic government services throughout the island and imperiled Puerto Ricans’ pensions, while generously helping out the Wall Street firms that hold Puerto Rico’s debt. That’s government that works for Wall Street, but not for working people—and I believe we should fight back.”

In response, Warren writes that she is “re-introducing the U.S. Territorial Relief Act, legislation that would provide Puerto Rico with a path to comprehensive debt relief.”

“This legislation would give U.S. territories like Puerto Rico the option to terminate their debt if they meet certain criteria, like being struck by a disaster, suffering major population loss, and staggering under overwhelming debt,” she notes. “The Territorial Relief Act would give Puerto Rico a shot at getting out from under its crushing debt load and building a future for itself.”

According to Warren’s Senate page, the U.S. Territorial Relief Act has three components, as listed below: 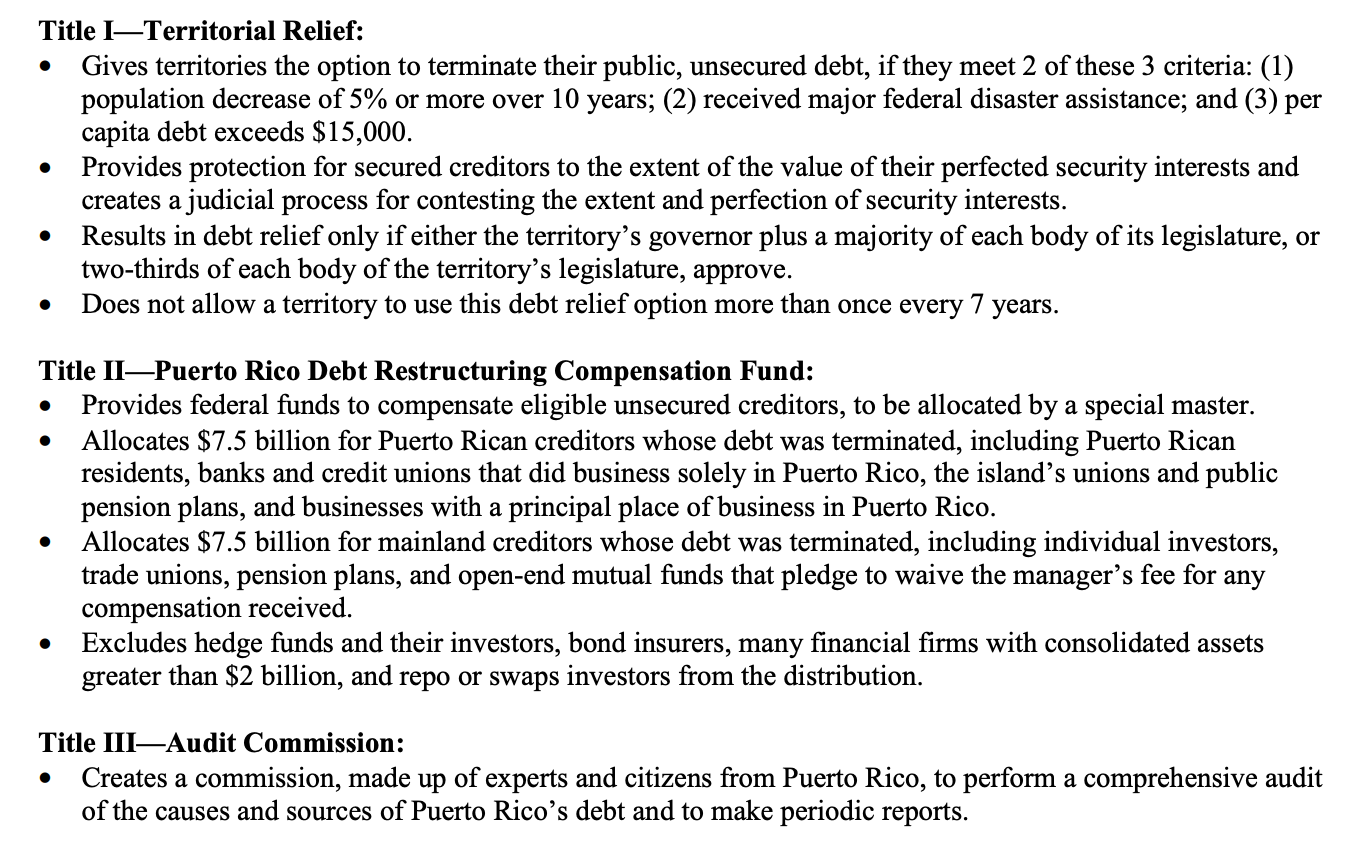 You can read Warren’s full post in English here, and in Spanish here.