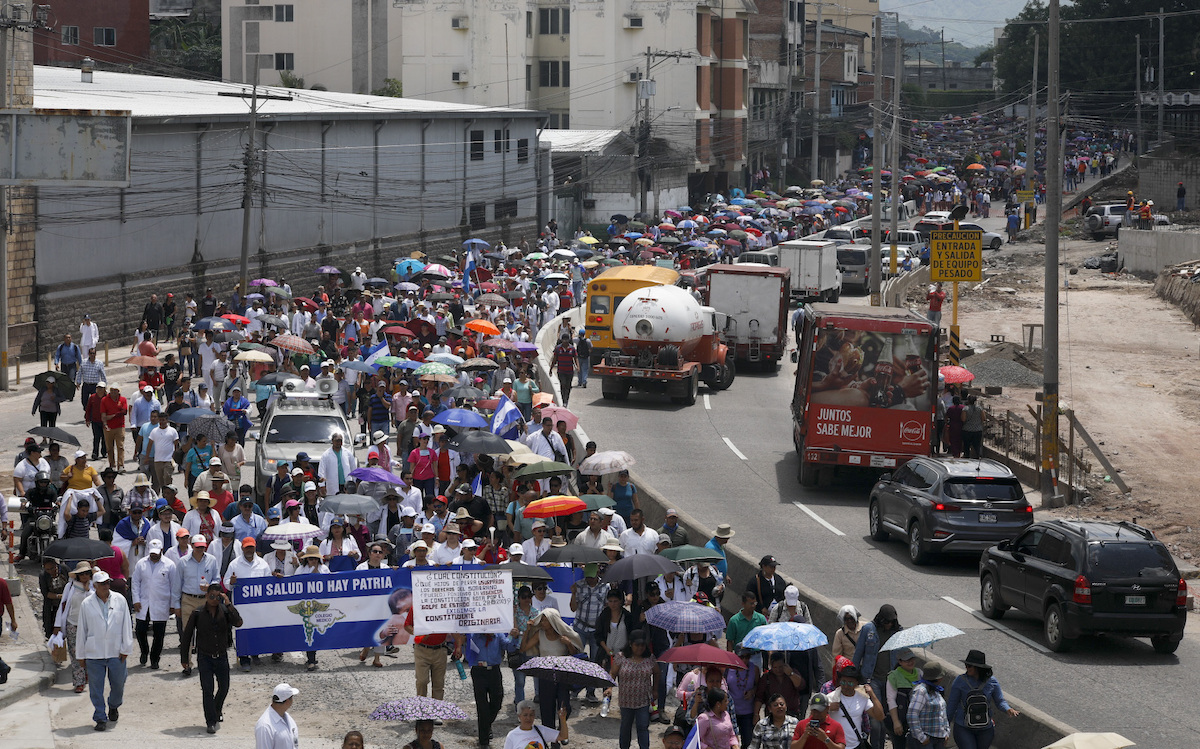 TEGUCIGALPA, Honduras (AP) — Thousands of teachers and doctors in Honduras joined in street protests again Monday despite the president’s cancellation of decrees that they feared would lead to extensive layoffs.

Public sector employees have been marching for weeks, accusing President Juan Orlando Hernández of trying to privatize the health and education systems.

Hernández said early Monday that the laws were withdrawn “for the peace of Honduras.” He urged those striking to return to work and to sit down with the government “to build a new model that improves health and education for the people.”

Strike leader Suyapa Figueroa, who is president of the medical college, said protesters don’t trust the government. She said her group, the Platform for the Defense of Health and Education, was not invited to meetings with Hernández. 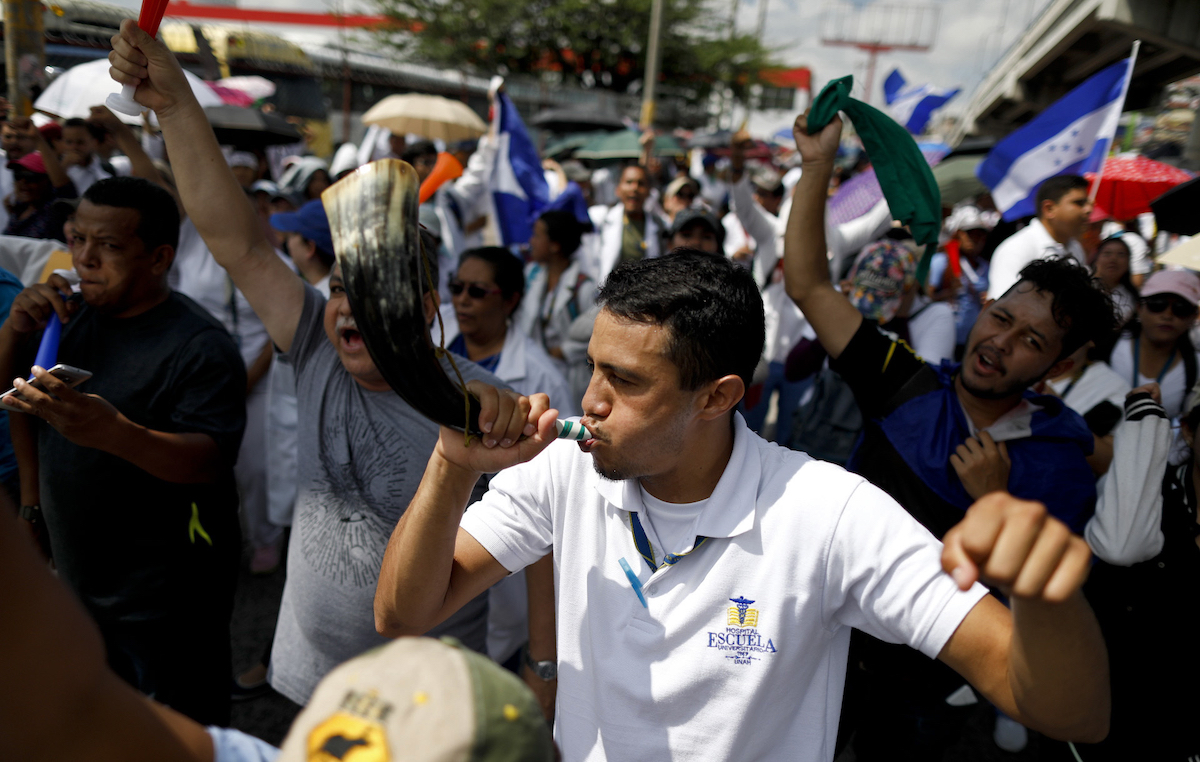 A man protests during a march against the government of Honduras’ President Juan Orlando Hernández in Tegucigalpa, Honduras, Monday, June 3, 2019. (AP Photo/Elmer Martínez)

Carlos Izaguirre, a leader of the protesting teachers, accused teachers who apparently met with Hernández of “turning their backs on the base of the strike.”

In the capital, many schools remained closed and hundreds of people seeking care at the Hospital Escuela Universitario, the country’s main public hospital, were turned away.

Presidential minister Ebal Díaz said, “The doctors and teachers want to burn the country, but this is not the way to do it.”

Police were investigating the burning of a miles-long caravan of semi-trailers hauling bananas for the U.S. fruit company Dole. The trucks were apparently looted and burned over the weekend on a highway 250 miles (400 kilometers) north of the capital.

On Friday, protesters burned tires at the entrance to the U.S. Embassy in Tegucigalpa.