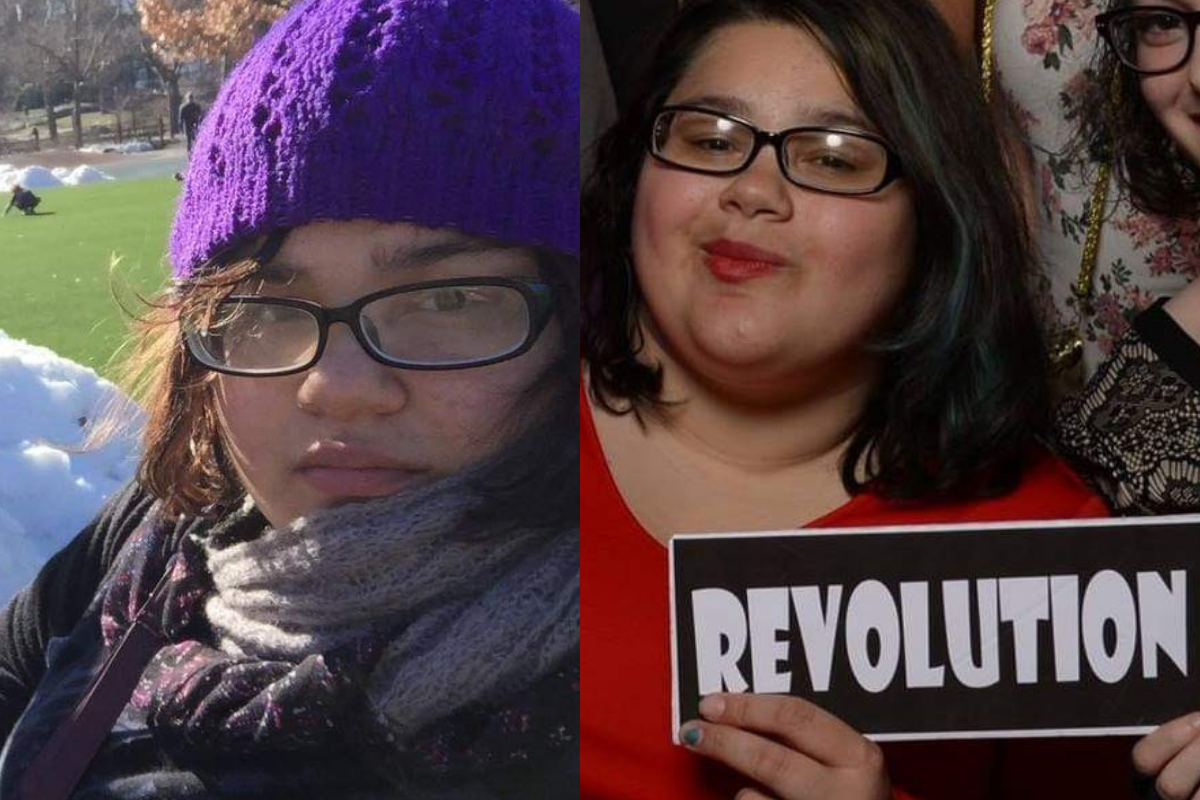 During the early morning hours of June 28, 1969, a series of demonstrations by members of the LGBTQ community —against a police raid— birthed a movement. The Stonewall Uprising (also called Stonewall Riots) proved to be the most significant event leading to the fight for LGBTQ rights in the United States.

The early activists of the LGBTQ community included many Latinxs such as José Julio Sarria, the first openly gay candidate to run for public office in the U.S.; Sylvia Rivera, a bisexual and transgender rights activist that is often associated with the Stonewall Riots; and Gloria Anzaldúa, a lesbian rights advocate and scholar of Chicano history.

In understanding some of the issues faced by the LGBTQ Community, I felt it was important to get a perspective that’s often unheard—the disability perspective. For this, I connected with 26-year-old Yolanda Vargas to get her insight as a Disabled member of the LGBTQ community.

Vargas has multiple disabilities including Cerebral Palsy, depression, PTSD, and anxiety. She also serves on the Board of Directors for Disability Rights California, the Self Advocates Board for WITH (Working for Inclusive Transformative Healthcare) and the National Council on Independent Living’s Queer Caucus.

With her personal experience and those credentials to her credit, I was eager to hear her thoughts on this Q&A for Latino Rebels.

Val Vera: This year marks the 50th anniversary of the Stonewall Uprising. In your experience, have LGBTQ rights improved?

Yolanda Vargas: Yes and no. There has been a new sense of passive acceptance from a majority of people outside of the LGBTQ community. There’s also a resurgence of violence. As somebody who exists at multiple intersections, I would rather have people tell me that they hate me as opposed to those who profess that they love our community, only to abandon us when we experience violence or are displeased about how we’re treated. Fifty years later and were still being killed and harassed.

We can get married but, can we live?

VV: Have you heard of any stories about discrimination against the LGBTQ community in your area?

YV: Yes. Sacramento has a history of not only police violence towards Queer and Trans people of color but, institutional violence as well. Those that are in state-run mental hospitals are being denied the ability to dress according to their gender identity. They’re also being denied the ability to interact with their romantic partners who are in the institutions with them.

VV: Have you personally been discriminated against for identifying as Queer?

YV: I have been discriminated against for my sexual orientation. I’ve been lucky that most of the time it’s verbally-based or it’s been passive aggressive. For instance, once people find out I’m Queer, they cut ties with me or rescind invitations. Not to say that this form of discrimination is ever okay but, black and brown trans women are dying at an alarming rate. So, I just want to be aware of my privilege.

VV: How does the LGBTQ community “respond” to your disability?

YV: Many times, I’m not seen as part of the LGBTQ community. My very apparent disability seems to overshadow my sexual orientation. I’ve never been fully accepted by a community as a whole. I think every time I step into a space specifically for a certain group, there is an unwritten contract that I don’t discuss the other parts of my identity. I have to constantly compartmentalize.

VV: As a Disabled Latinx woman who is also a member of the LGBTQ community, Do you identify with any of these intersectional groups more than the other?

YV: In certain moments of joy, I feel a stronger connection to that part of my identity that the joy is related to. When the ability for same-sex couples to marry became available, I cried very Queer tears. I exist all at once and I switch the lens that I see the world through based on who I’m with and where I am.

VV: Who are some of your LGBTQ or Disabled role models, people who have influenced you?

YV: Frida Kahlo is probably the most well-known of my role models. Even though her relationship with Diego Rivera was extremely toxic and dangerous, it was indicative of how people see the worth of Disabled bodies…to think that somebody as talented as Frida deserved to be married to an abusive pedophile and that a lot of people believed she should have been grateful to find anyone that would have her is really sad. There’s also Sor Juana Inés de la Cruz because who doesn’t love poetry and obviously Queer Nuns? She surpassed all expectations of someone of her beauty and pedigree, pursuing a life of independence, kindness, and knowledge.

VV: What does PRIDE mean to you?

YV: Pride is not having to denigrate yourself or assimilate to be treated as a human being. Ever since I was little I was taught to be proud of who I am but, in the same breath, my dad didn’t teach his second generation of kids how to speak Spanish. He was afraid it would make us a target. On the flip side, I’m not supposed to be proud of my Disability or have pride in living with it. Instead, I’m supposed to overcome But I proudly proclaim to be Disabled. Being Queer comes with so many expectations about being respectable and trying to fit in, to make sure straight people feel comfortable, but why should a stranger’s opinions have so much power on whether I stay safe or not? PRIDE [for me] is saying here I am, just like this. I will not change and you will recognize my agency and my power.

Val Vera is a writer who covers disability culture, lifestyle, politics, law, and technology. He tweets from @ValVeraTX.