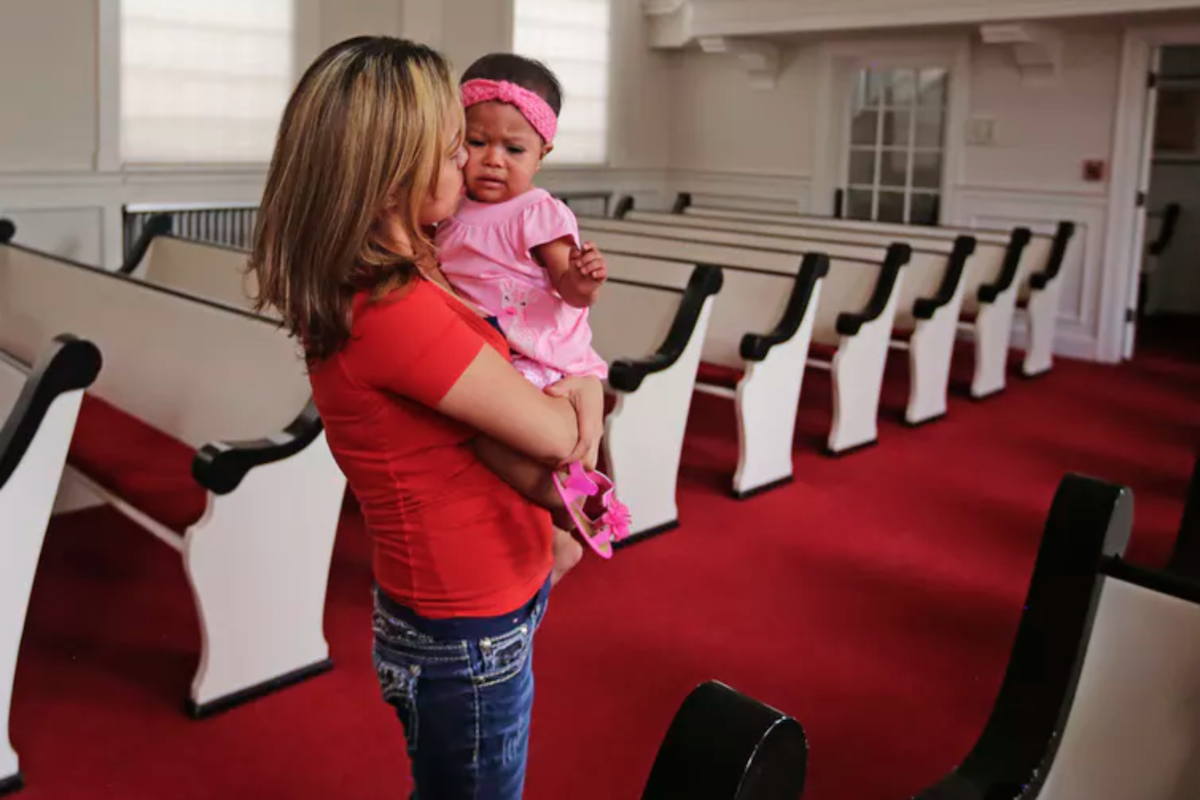 Honduran migrant Vicky Chavez with her daughter Issabella on May 31, 2018 in the First Unitarian Church in Salt Lake City, where she sought protection from deportation in late 2017. (AP Photo/Rick Bowmer)

The ongoing threat of mass immigration raids is terrifying immigrant communities across the United States.

Many of those targeted in these raids are Central Americans who came to the United States illegally, came legally but overstayed their visas or whose asylum requests were not granted. Refugees from these violence-torn countries live in fear of being sent back home to one of the world’s most dangerous regions.

Since 2012, an estimated 1.5 million people have come to the United States fleeing gang violence and state repression in El Salvador, Honduras and Guatemala. Just over 330,000 have applied for asylum, according to United Nations data. On average, about 75% of asylum claims from this population are denied. Though migrants may appeal these decisions, they may still be deported during the end stages of the legal process.

To avoid arrest, thousands of Central Americans have taken shelter in churches, which are considered “sensitive locations” where U.S. immigration officers should be hesitant to make arrests.

As I write in my new book on the sanctuary movement in Los Angeles, hundreds of thousands of people came to the U.S seeking political asylum in the 1980s due to civil wars in El Salvador and Guatemala.

Under U.S. refugee laws, a political asylee has the right to stay in the United States if they would be tortured, killed or both back home. While many civil rights lawyers and immigration advocates in the 1980s felt this standard clearly applied to the Central Americans, acknowledging their fears of persecution would have been an implicit acknowledgment by the Reagan administration that its Central American allies were engaged in human rights abuses.

Central Americans’ asylum applications were largely denied. Just 5% of Salvadorans, for example, received asylum between 1980 and 1990, my research found.

Declaring that the Central Americans were economic migrants seeking jobs that belonged to U.S. citizens and must return to their country, the Reagan administration began workplace raids in the early 1980s. 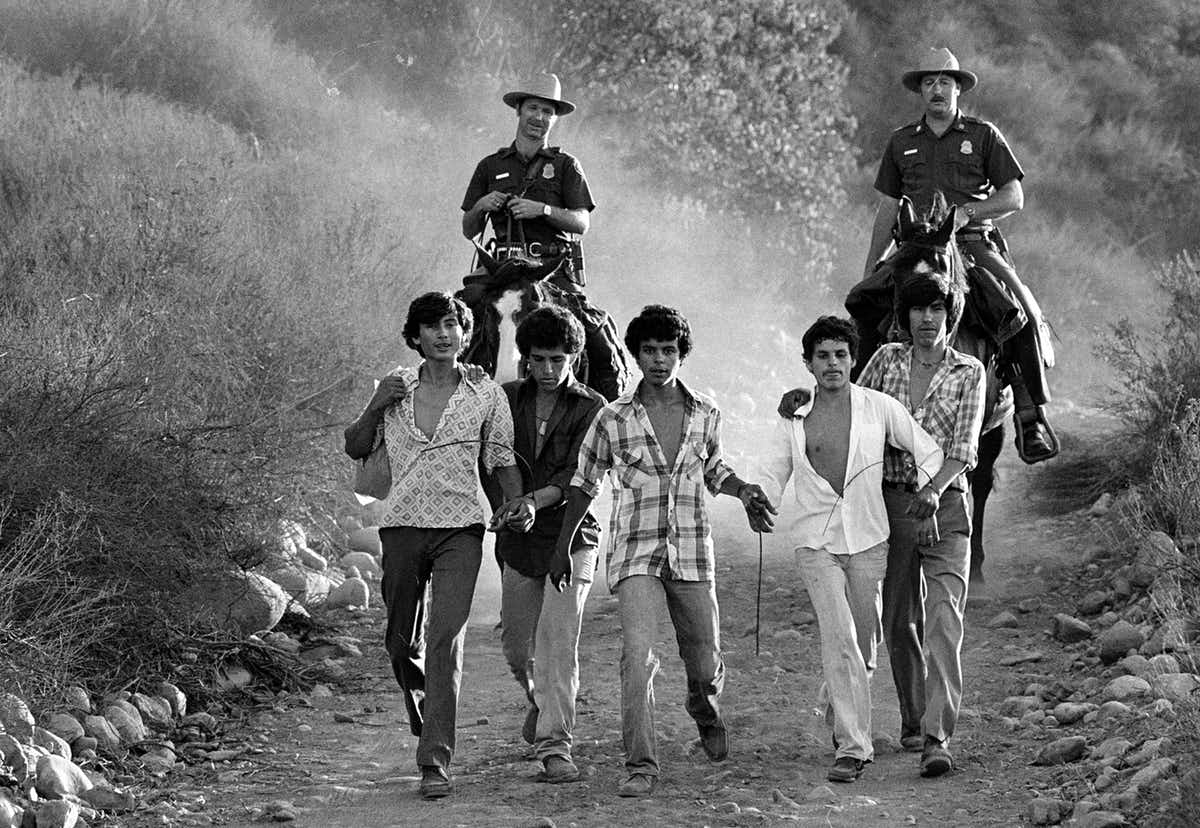 U.S. Border Patrolmen march migrants to a holding center in Texas after their apprehension in the desert, Aug. 18, 1981. (AP Photo/Lennox McLendon)

In response, many churches and synagogues proclaimed themselves sanctuary sites. Based on biblical, theological and historical —but not legal— grounds that compel religious groups to protect victims of persecution, they opened their doors to the Central American migrants.

The sanctuary movement, as this operation came to be called, began in 1982 in Tucson, Arizona and soon spread throughout the country. By 1990 some 2,000 churches and cities had declared themselves to be havens where these immigrants, virtually all of whom were Catholic, would be protected.

Of the estimated 1 million Salvadorans who came to the U.S in the 1980s, about half of them went to Los Angeles—then, as now, a city of Latin American immigrants.

So after originating in Tucson, the sanctuary movement really exploded in L.A., both in numbers and in ambition.

The heart and soul of the L.A. sanctuary movement was Our Lady Queen of the Angeles Church, popularly known as La Placita Church. Its pastor, Luis Olivares, was a charismatic leader dedicated to helping the poor and oppressed in the social justice tradition that has long defined one strain of Latin American Catholicism.

He joined La Placita, a predominantly Latino church, in 1981, just as the Central Americans began arriving to the United States. Father Olivares, a Mexican American from Texas, embraced these refugees.

In this, he was guided by his faith. He said that he saw Jesus in the faces of the refugees and hence could not turn his back to them. 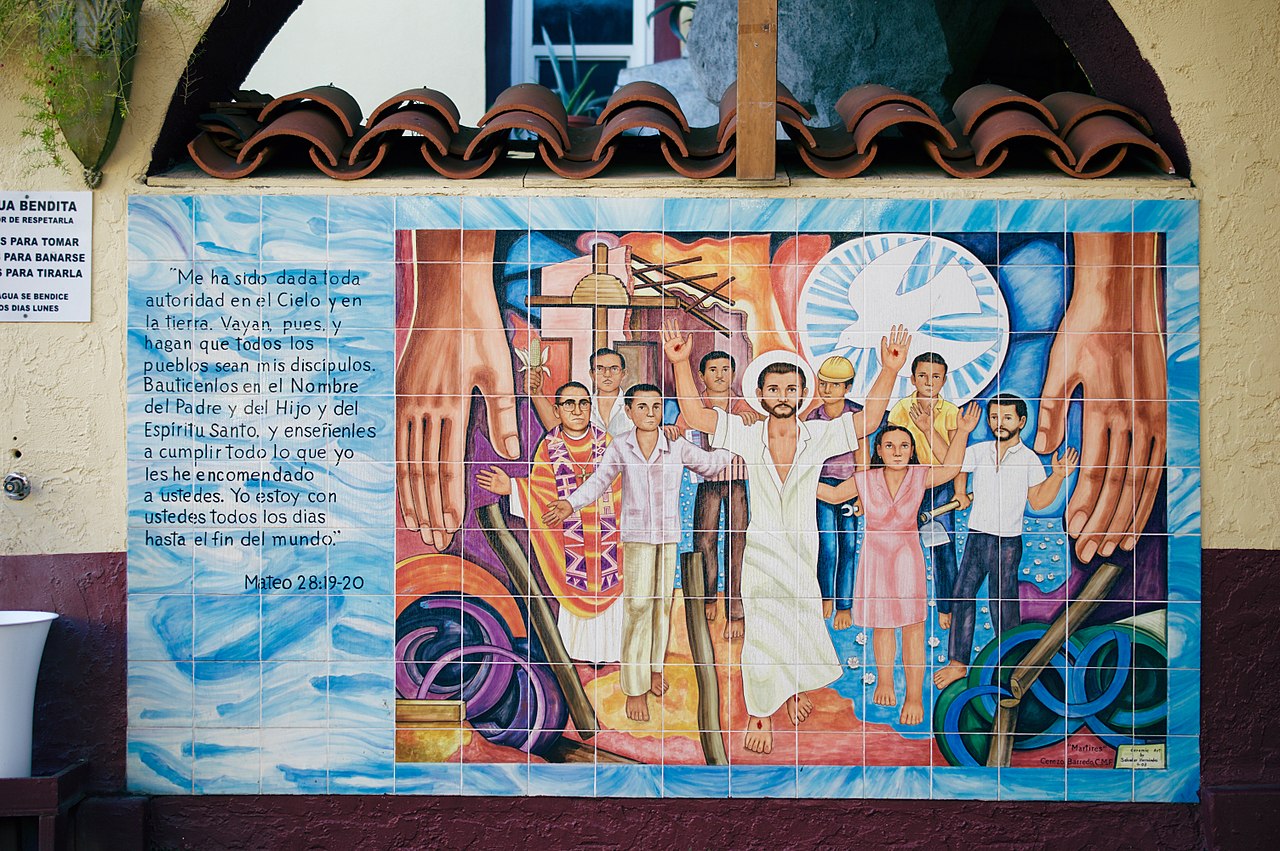 “What if that person is Jesus and I turn him away?” Olivares said in a 1990 interview. “How can I do that?”

By assisting these refugees, Olivares was technically defying U.S. immigration law, which prohibits anyone from knowingly harboring an undocumented immigrant. But he said that he obeyed a higher law—God’s law.

He felt that “we are all responsible” for “God’s children.”

Father Olivares answered this call to action by establishing the most widespread sanctuary program anywhere in the country. He fed, clothed and housed the refugees, allowing hundreds of Central American men to sleep in La Placita’s pews for a few nights at a time. Women and families were housed with family members in the area, or stayed in a renovated former Jesuit seminary in North Hollywood.

La Placita also provided medical assistance and legal assistance to Central American refugees, helped them get jobs and get their children into schools.

The declaration was symbolic, since churches have no legal standing to provide sanctuary. Yet despite threats to arrest Olivares for harboring “illegal aliens,” immigration officials never entered La Placita. No one there, including Father Olivares, was ever arrested.

And, with one or two exceptions, immigration officials chose not to breach sanctuary of other U.S. churches, either.

Two years later, in 1987, Olivares did what no other sanctuary movement in the country did: He extended sanctuary to undocumented Mexican immigrants, too.

By the time La Placita’s sanctuary program ended, in 1990, Reagan was out of office and the mass immigration raids had ended.

The Trump administration’s renewed crackdown on Central Americans —who are, once again, fleeing the region in droves due to violence— has sparked talk of a modern sanctuary movement.

According to Voice of America News, 1,100 religious congregations today offer some form of sanctuary for the undocumented. Last year, only about 50 migrants took asylum in churches, but the number has spiked recently in anticipation of immigration raids and mass deportation.

The history of La Placita, and of the broader church sanctuary movement, serves as a roadmap for how the houses of worship that protect migrants as a religious duty can go beyond symbolism to assist the poor and oppressed in tangible, lasting ways.