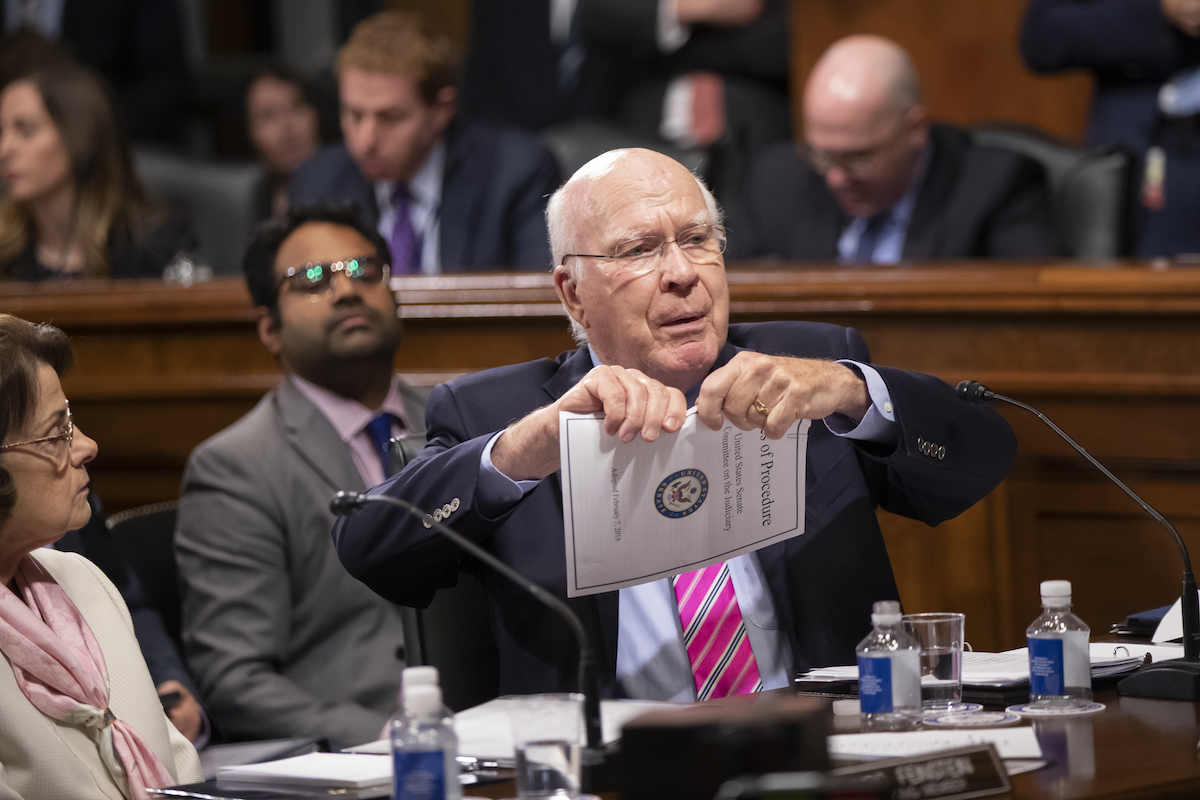 WASHINGTON (AP) — Republicans on the Senate Judiciary Committee upended the rules Thursday for immigration legislation that would extend family detentions as chairman Lindsey Graham muscled the measure forward over the objections of Democrats.

It’s one last battle, led by a top ally of President Donald Trump, before senators break for a long August recess and the start of 2020 campaigning with immigration at the forefront of the debate.

Graham gaveled open the hearing saying he wasn’t going to wait any longer to address the crisis at the southern border. He acknowledged that his outreach to Democrats has failed to reach a compromise on detention policies for children and families.

In pushing the bill forward, the chairman skirted committee rules allowing for amendments and requiring minority participation in certain actions, including to end debate.

“What am I supposed to do?” asked the South Carolina Republican. “We have a right to vote.” 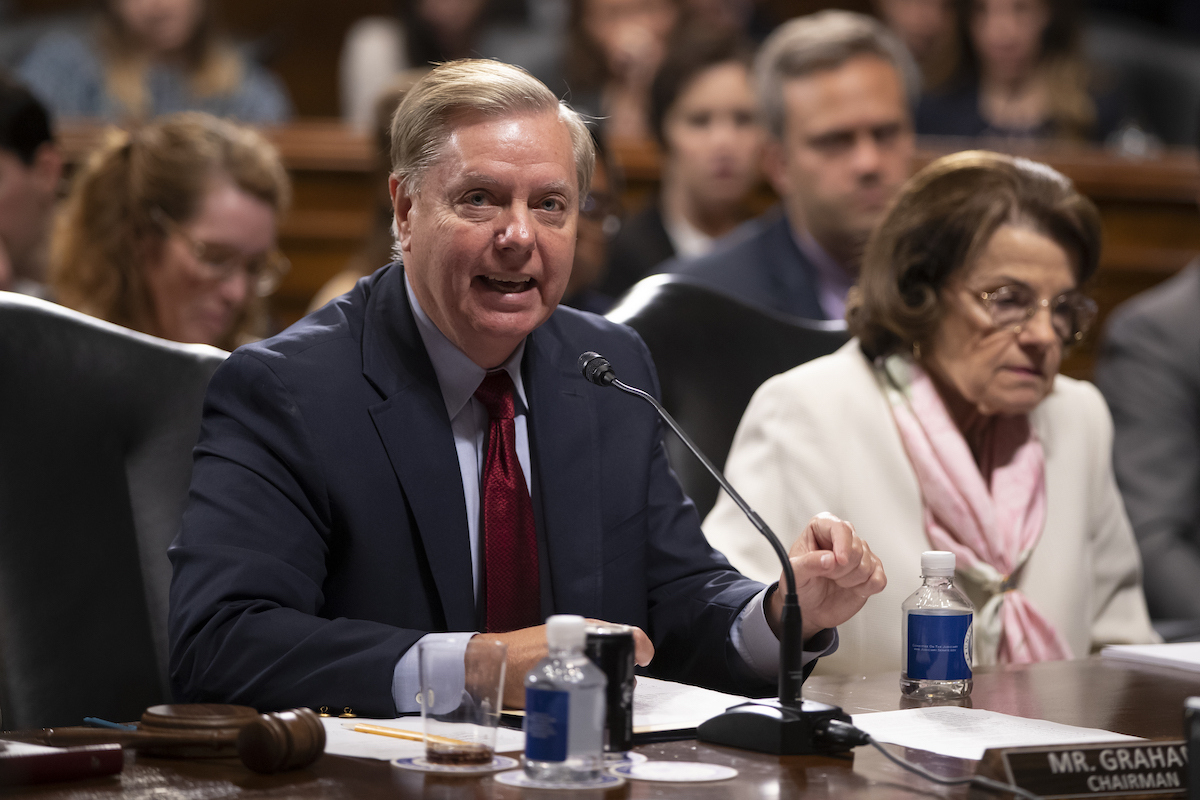 Senate Judiciary Committee Chairman Lindsey Graham, R-S.C., joined at right by Sen. Dianne Feinstein, D-Calif., the ranking member, speaks during a contentious markup in his panel as he tries to change asylum laws as a way to address the migrant crisis at the southern border, on Capitol Hill in Washington, Thursday, Aug. 1, 2019. (AP Photo/J. Scott Applewhite)

Democrats have protested the bill and refused to attend a panel session last week, setting off the battle Thursday. They voted against the measure, decrying what Rhode Island Sen. Sheldon Whitehouse called an “illegitimate process.”

Ripping up a copy of the committee’s rules, Democratic Sen. Patrick Leahy of Vermont, a former chairman of the panel, questioned why normal rules were being discarded.

“Apparently, it’s for legislation to give the president what he wants in his political war on immigration,” Leahy said.

“It’s supposed to be the Senate Judiciary Committee, not the Donald Trump committee.”

The bill would change existing law, which limits family detentions to 20 days for migrants traveling with children and requires them to be released pending asylum hearings. Instead, Graham’s bill would allow longer detentions by doing away with the limits, which have been part of the so-called Flores legal settlement.

Among other changes, the legislation would restructure asylum law to have applicants apply in Mexico and other countries, rather than when they arrive at the U.S. border, and bring on 500 new immigration judges to help process the backlog of cases.

Sen. Mazie Hirono, D-Hawaii, said the bill is unworkable. “In a word, it’s nuts and probably unconstitutional,” she said.

The morning hearing set off a particularly heated dispute over not just immigration policy, which often divides the political parties, but the traditions of the Senate, where Republicans hold the majority and have chipped away at longstanding rules.

Ground zero for much of the uproar has been the work of the Judiciary Committee, which handled Brett Kavanaugh’s nomination to the Supreme Court last year.

Senate rules were changed to allow faster confirmation of Trump’s judicial nominees, and confirming Kavanaugh and filling court vacancies with Trump’s picks has been a top accomplishment of the Republican-led Senate.

Graham, who faces his own re-election alongside Trump in 2020, acknowledged his immigration bill may not be approved by the Senate — and faces even less chance in the House, where Democrats have the majority.

He indicated a willingness to continue negotiating with Democrats and the president on a compromise, but said he wasn’t going to leave for the August break without acting.

Graham also acknowledged that negotiating a bipartisan solution can be a problem when Trump changes his mind, as he did last year on immigration policy.

In earlier immigration talks Trumps has suggested he liked one bipartisan approach only to drop it days later. “The Tuesday-Thursday Trump is a real dilemma,” Graham said.

“Bipartisanship is going to be required,” he said. “Maybe we can get there.”

Lawmakers are eager to return home saying they have taken action to stem the crisis at the border.