MEXICO CITY (AP) — Mexican President Andrés Manuel López Obrador acknowledged a grim tally of violent crimes and a weak economy as he delivered the first state of the union address of his six-year term Sunday.

Homicides in Mexico are at a record high and the economy is struggling nine months into his administration. Yet López Obrador, who campaigned on promises to end corruption, continues to enjoy sky-high approval ratings of more than 70% after winning the presidency in a landslide July 2018 election victory that also handed his political party a near-majority in Congress.

Stamping out corruption and impunity remains a top priority, López Obrador said in his address to Cabinet members, generals, businessmen and journalists at the National Palace.

Tackling corruption is a tall task. Mexico scored 28 out of 100 points in Transparency International’s 2018 Corruption Perceptions Index, where a lower score indicates higher levels of corruption. That puts Mexico on par with Russia and behind countries such as Bolivia and Honduras in clean business dealings.

“Nothing has damaged Mexico more than the dishonesty of its rulers, and this is the main cause of the economic and social inequality, and of the insecurity and violence, that we suffer,” the president said somberly.

López Obrador has dubbed his tenure the “Fourth Transformation,” saying it represents a change akin to Mexico’s 1810 independence uprising, 1857 Liberal movement and 1910 revolution. He took office in December on promises to help the country regain its moral compass.

Mexican presidents are limited to a single term in office.

The transition has been bumpy, with three top Cabinet members having already resigned. Austerity measures have gutted key institutions, such as the public health system, and contributed to a growing hesitance among Mexicans to invest and spend.

The president touted 145 billion pesos, or roughly $7.25 billion, in savings from spending cuts and other measures that have taken effect since he took office Dec. 1. His administration has confronted fuel theft from the state oil company Pemex, slashed public salaries, eliminated a major social program and decommissioned government offices abroad that promoted investment in Mexico.

As the economy flirts with recession, López Obrador said that well-being should be measured via the happiness of the people rather than by growth in gross domestic product.

He lambasted opulence and the accumulation of wealth, saying he sees a commitment among Mexico’s private sector to create jobs, pay more taxes and accept slightly lower profits.

“Above all we are Mexicans,” he said, calling out by name business leaders such as Mexican billionaire Carlos Slim to thank them for their support. 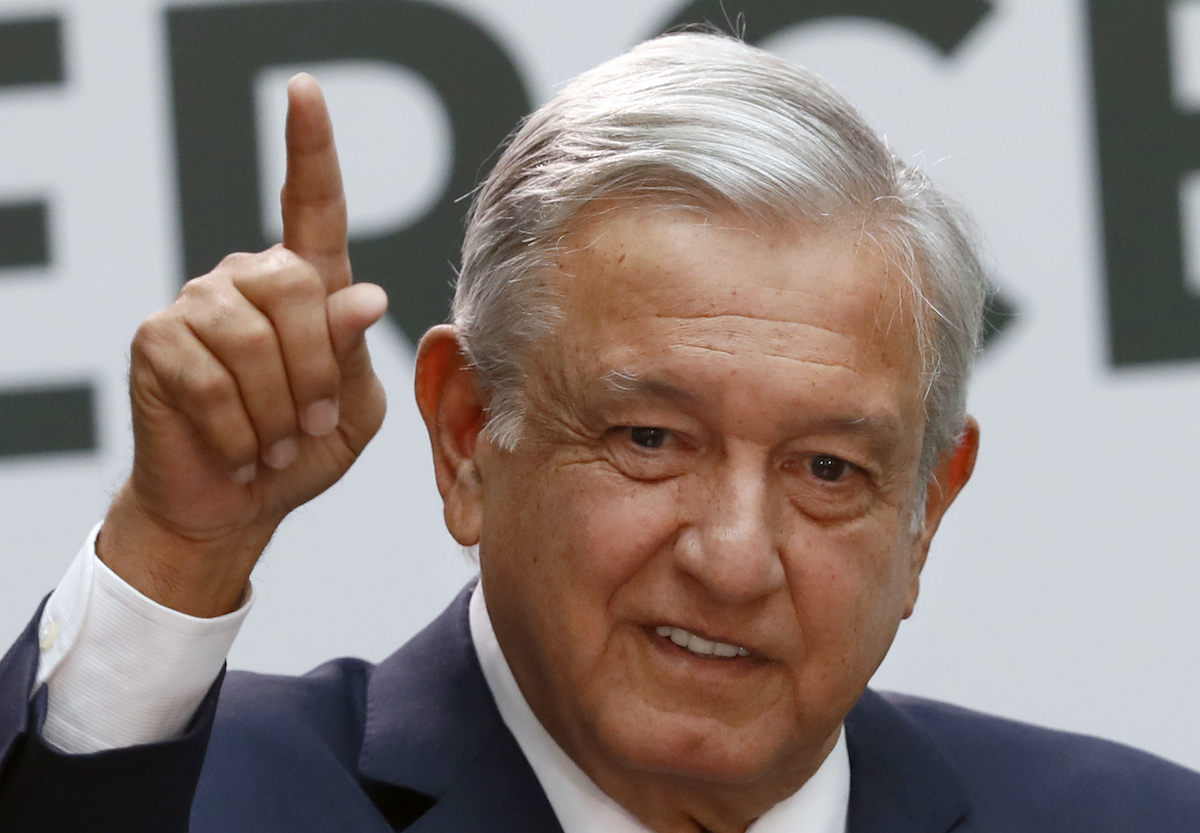 Slim, who attended the address, is the wealthiest man in Latin America. The Bloomberg Billionaire’s Index estimates the Slim family fortune at $54 billion, or nearly 5% of Mexico’s annual economic output.

This wealth has been amassed from a country in which 44% of the people are poor, as defined by the World Bank using indicators of both income and social deprivation. One in four Mexicans gets by on less than $5.50 a day.

López Obrador equated the status quo of prior governments with “prostitution,” saying it is unethical to defend the interests of a few while many struggle to make ends meet. He repeated an oft-used line: “For the good of all, the poor come first.”

Threatening his feel-good message, though, are escalating rates of brutal crime. The president said curbing violence is the country’s “main challenge.”

Mexico set a new record for homicides in the first half of the year—17,608 killings, fueled partly by cartel and gang violence in several states. Worse yet, violent crime appears to have permeated much of the country, whereas it was once confined to a few hotspots.

López Obrador has opted against confronting cartels head-on, saying he will instead rely on a newly minted National Guard to safeguard Mexicans. Mexico’s drug war, launched in 2006, has had a hydra effect, with new, often more brutal criminal groups arising and multiplying after a gang’s leaders have killed or arrested by soldiers and police.

“The extermination war against so-called organized crime is over,” López Obrador said. “The country will be pacified.”