A Rescue, a Reunion and a Rush to Help in Dorian’s Aftermath 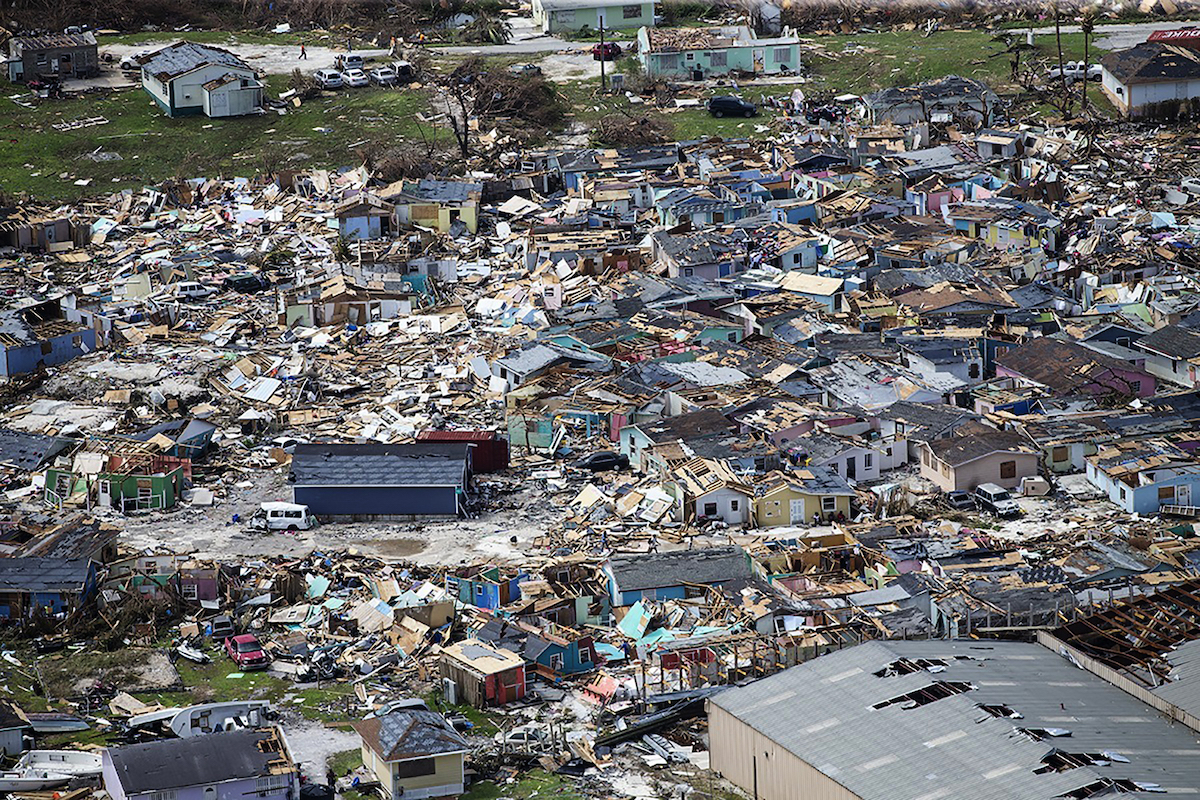 ABACO, Bahamas (AP) — When Hurricane Dorian hit Sylvia Cottis’ home at a beach club in the Bahamas, the fearsome Category 5 storm blew out the supposedly hurricane-proof windows, turning the glass into razor-sharp shrapnel that opened a wide gash on her knee.

Then the 89-year-old woman and her caretaker settled in to wait for help, and conditions soon worsened. The house became flooded with sewage after the septic tank overflowed with floodwater. They could not flush the toilet without using water from a pool. Surrounded by wet belongings and filth, Cottis spent the days sitting in her wheelchair and the nights sleeping in a metal lawn lounger.

Five agonizing days passed. Then on Wednesday, a neighbor and his friend at last pried opened the home’s jammed door with a screwdriver to check on Cottis and 58-year-old Kathryn Cartwright. By then, her gash had become infected and swollen.

They were two of the thousands of desperate people seeking help in Dorian’s aftermath. The storm’s devastation came into sharper focus as the death toll climbed to 20 and many people emerged from shelters to check on their homes. They confronted a muddy, debris-strewn landscape across Abaco and Grand Bahama islands, which are known for their marinas, golf courses and all-inclusive resorts. Total insured and uninsured property losses in the Bahamas, not including infrastructure and autos, could reach $7 billion, according to a Thursday estimate from the catastrophe modelers Karen Clark & Co.

Meanwhile, the now-distant Dorian regained strength as it pushed up the southeastern U.S. coast as a Category 3 hurricane, lashing the Carolinas with tropical storm-force winds after millions of people were warned to clear out.

For days, the hurricane had pounded the Bahamas with winds up to 185 mph (295 kph) and torrential rains, swamping neighborhoods in brown floodwaters and destroying or severely damaging, by one estimate, nearly half the homes in Abaco and Grand Bahama, which have 70,000 residents.

The Bahamian government sent hundreds of police and marines into the stricken islands, along with doctors, nurses and other health care workers. The U.S. Coast Guard, Britain’s Royal Navy and relief organizations including the United Nations and the Red Cross joined the burgeoning effort to rush food and medicine to survivors and lift the most desperate people to safety by helicopter. 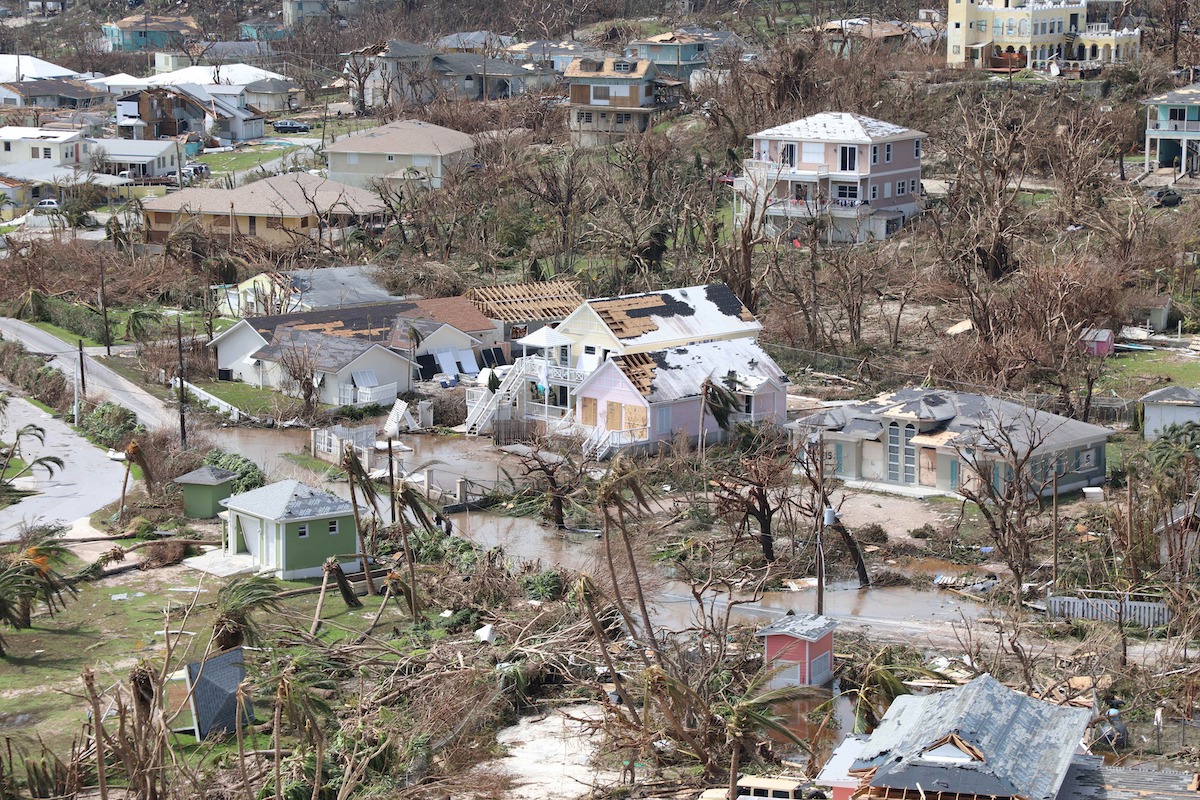 At Cottis’ home, the two women heard helicopters overhead and cars driving past, but the weather and massive flooding prevented any assistance.

“I can’t leave her here too long,” said Cartwright, who was also worried about her children, a son and a daughter, whom she had not heard from since the storm. She alternated between making light remarks and bursting into tears. She apologized for the house being a mess.

Help finally arrived in the form of neighbor Ben Allen, a 40-year-old construction worker and maintenance man, who showed up with a minivan to take Cottis to get medical attention. Cottis clutched a white tissue in her hand as she struggled to stand up and nearly fell over when the group tried to get her into the vehicle, which had a partially collapsed roof and was filled with wet cardboard.

“OK, Miss Sylvia, you gotta do your magic now,” Cartwright said as she helped her inside.

Once everyone was in, the minivan sped past broken cell towers, snapped power lines, trees stripped of their leaves and 30- to 40-foot boats thrown on top of buildings. Metal shutters were ripped off their frames and hurled into stores.

Allen took in the devastated scenery as he drove.

“Abaco is no more,” he said. Exactly a week ago, it was “the most beautiful place you wanted to be.”

During the ride, Cartwright pointed out businesses she knew and homes that once belonged to her friends. Then she fell silent. “Oh, my father, look at everything.”

Cartwright, still preoccupied with her children, said, “I just want to see my son tonight.”

At that moment, the van drove through a pool of water, and a car coming the opposite way slowed down on the two-lane road. All of a sudden, Cartwright screamed, “That’s my son! That’s my son!”

She hustled out of the car and swept the 29-year-old marine welder and father of two into her arms as she cried. She had not known until that moment if he was alive. Her son, Carlton Nixon, informed her that “the babies are OK,” but that his daughter needed to be taken off of Abaco. As they hugged and talked, cars started piling up on both sides and drivers began to honk. Cartwright and her son made plans to see each other later and went their separate ways.

Inside, people crammed into the entrances, the hallways, the waiting room. Small children slept sprawled out on sheets and unfurled sleeping bags while toddlers in diapers stood in a portable playpen in the hospital’s driveway.

Medical staff soon welcomed Miss Sylvia. She was rolled into the emergency room and then disappeared behind a door. 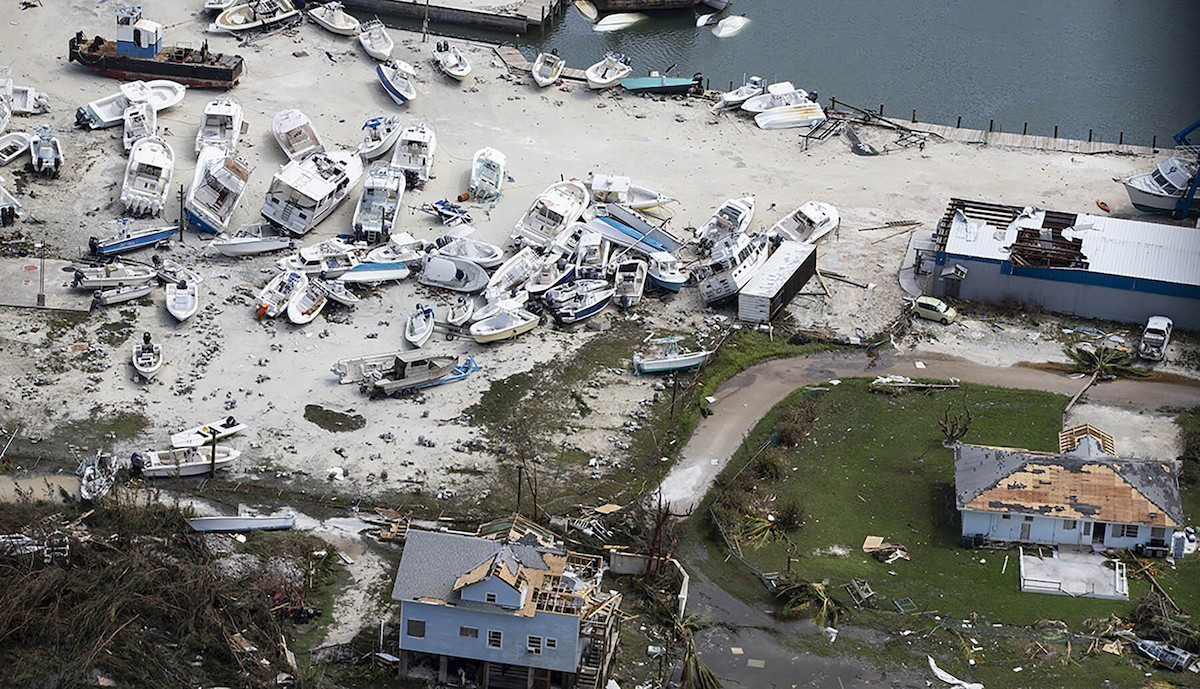 By 8 a.m. EDT Thursday, Dorian had still-dangerous 115 mph (185 kph) wind and was scraping the Carolinas with the potential for over a foot of rain in some spots by Friday. Forecasters warned of a life-threatening storm surge along the coasts. The storm was centered about 70 miles (115 kilometers) south-southeast of Charleston, South Carolina, moving north at 8 mph (13 kph). Hurricane-force winds extended 60 miles (110 kilometers) from its center, and tropical storm-force winds reached out 195 miles (315 kilometers).

The U.S. mainland recorded its first death in connection with the hurricane, that of an 85-year-old man in North Carolina who fell off a ladder while preparing his home for the storm. Dorian was also blamed for one death in Puerto Rico.

Back in the Bahamas, many people were just grateful to see another day.

Kevie Thomas, a manager at a beach club who lived near Cottis’ home, smiled brightly as she walked to the club’s mostly intact offices, which she said would become an arrival point for insurance adjusters.

“If you’re alive, to me that’s important. How can you be upset? It’s material things,” she said.