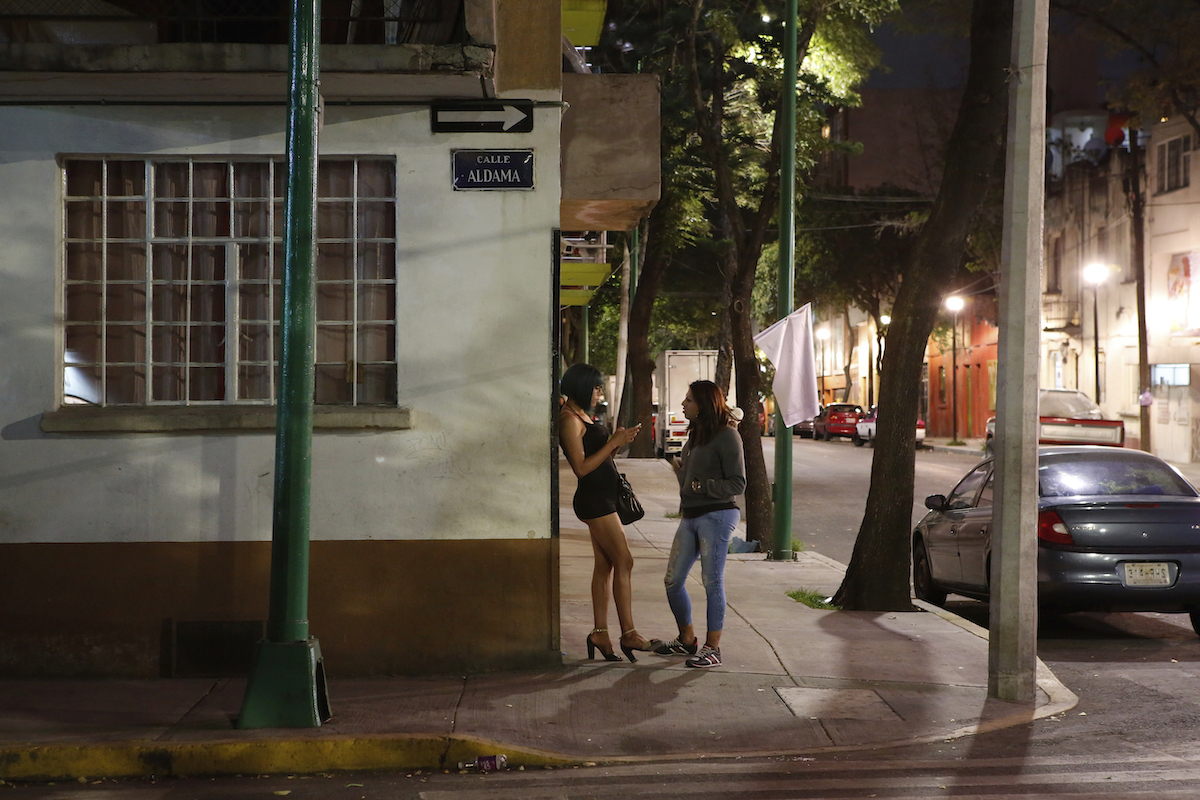 In this Aug. 28, 2019 photo, trans rights activist Kenya Cuevas talks with Italia, a 24-year-old transgender sex worker from the state of Oaxaca, on a street corner in Mexico City. (AP Photo/Ginnette Riquelme)

MEXICO CITY (AP) — Months after Kenya Cuevas’ friend was slain in front of her, a funeral wreath with Cuevas’ name on it arrived at her doorstep. The implication was clear: Keep making noise about murdered transgender women and you’ll be next.

Mexico has become the world’s second deadliest country after Brazil for transgender people, with 261 transgender women slain in 2013-2018, according to a recent study by the LGBTQ rights group Letra S.

President Andrés Manuel López Obrador, who took office Dec. 1, has promised his government will carry out “effective” investigations into LGBTQ hate crimes, but the grisly rate continues. Sixteen transgender women were reported killed in the first four months of 2019 and at least six more since then, according to an Associated Press count of cases reported in local media.

Like most crime in Mexico, nearly all such slayings go unsolved and unpunished—less than 3% of the killings of LGBTQ members have resulted in convictions since 2013. So transgender community leaders and activists are largely on their own in pursuing long-denied justice.

Cuevas became an activist on Sept. 29, 2016. That night, her friend and fellow transgender sex worker Paola Buenrostro got into a client’s Nissan and was shot multiple times. When Cuevas ran to the car’s passenger side, the man pointed the gun at her head and pulled the trigger. The weapon jammed. 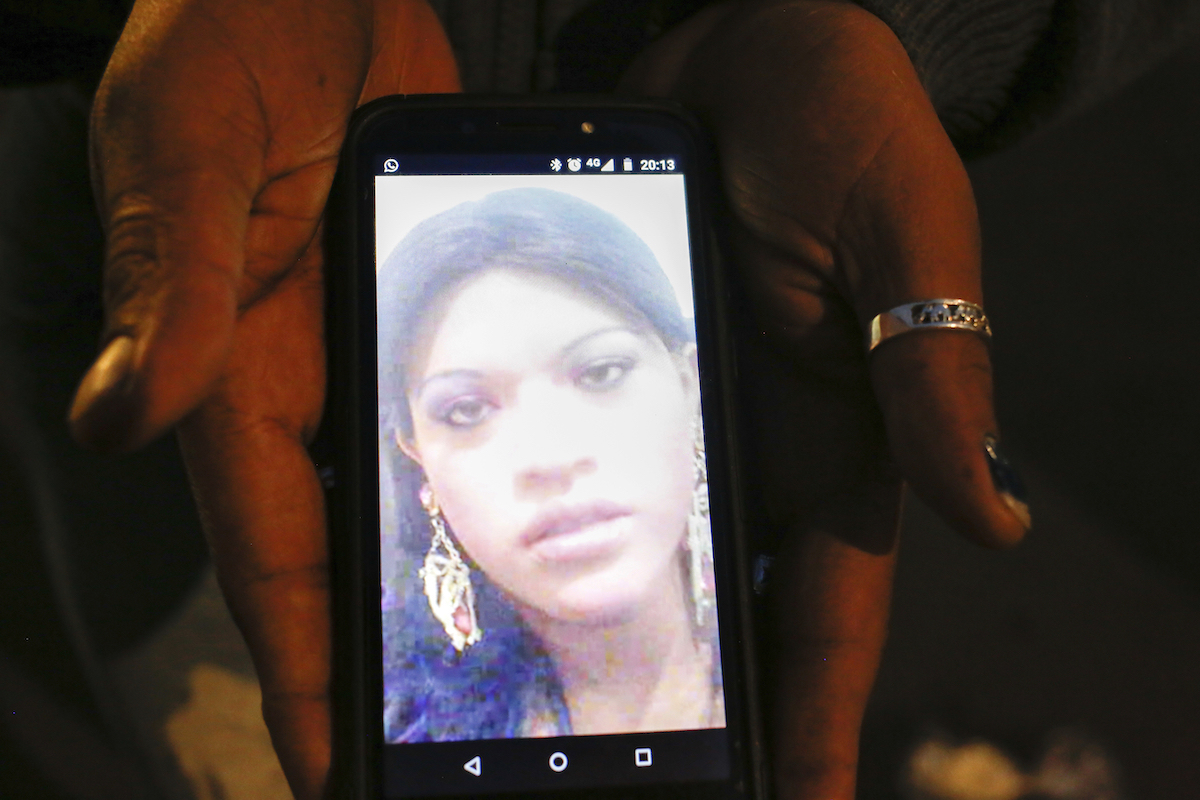 Cuevas grabbed the man and held him until police arrived, at which point she began recording on her cellphone. But despite multiple witnesses to the killing and Cuevas’ video, the man was released from custody a few days later.

An angry Cuevas soon quit sex work and founded the organization Casa de Muñecas, Spanish for “house of dolls,” to campaign for protections for transgender women. She is now one of the most visible transgender activists among a growing chorus of women seeking change from Mexico’s government.

Death threats have followed, and Cuevas now has security cameras installed at her home and is accompanied by two bodyguards provided by a governmental program that tries to protect activists and journalists.

“When that happened to Paola, I protested and I did it publicly, asking for justice the entire time,” Cuevas said. “I don’t want special treatment. Just give me justice. Do your job.”

“It’s easier to grant impunity because the same people that oversee the law think that they’re sick, that there is something wrong with them,” Pérez said.

Activists do point to some victories in recent years. A major one came in 2014 when Mexico City became the first place in the country to let transgender people change their gender and names on their birth certificates, a law that has since been adopted by six of Mexico’s 31 states.

That change was pushed for in part by the activist group ProDiana, which is led by Diana Sánchez Barrios. 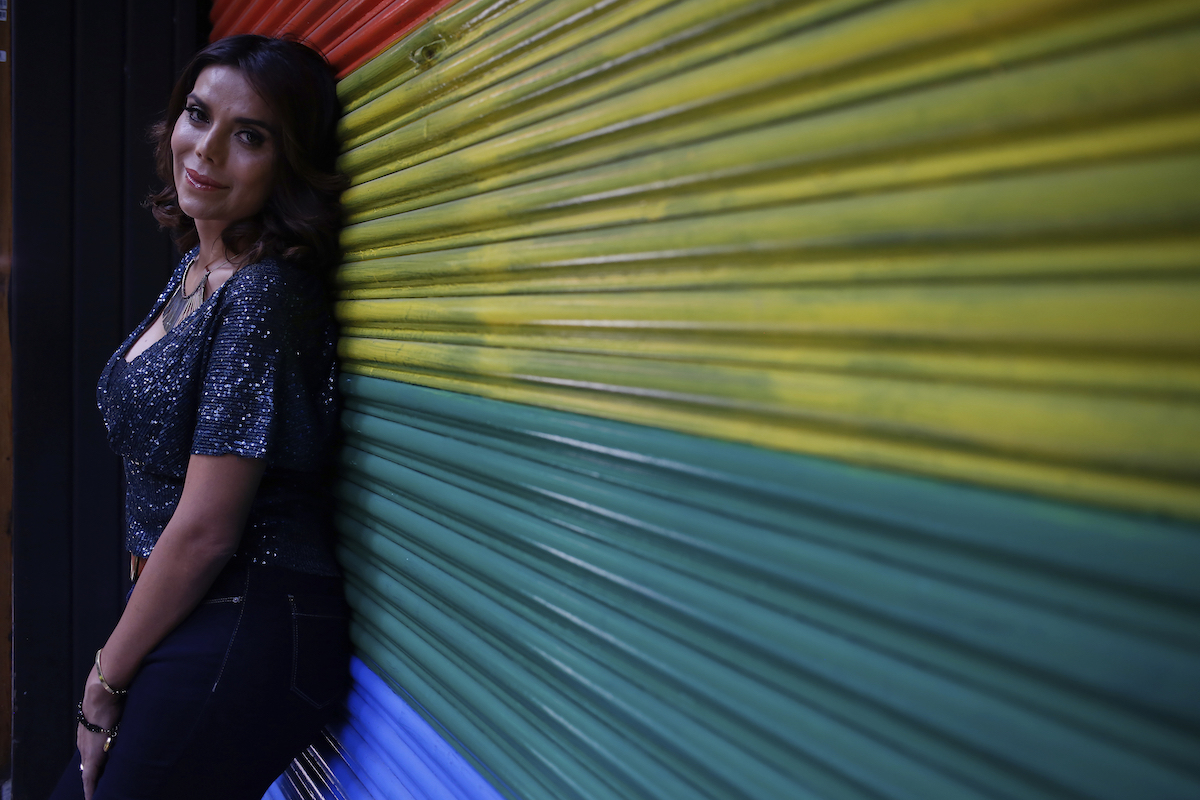 Sánchez Barrios said that before the law, transgender people had to go through expensive judicial processes to amend identifying documents. She herself was forced to undergo tests on her mental state, produce a litany of witnesses from throughout her life and spend thousands of dollars to legally change her gender and name a decade ago.

“It’s like you were on trial being made guilty just for being a trans woman,” Sánchez Barrios said.

ProDiana now is pushing for institutional reforms to prevent discrimination by key areas of the government, like the police.

Sánchez Barrios said police “have not been a great ally for trans women.” She described years of extortion and violence suffered at the hands of officers who are supposed to protect citizens.

A common thread of vulnerability runs through the lives of transgender women, who are often shunned by their own families and forced into the streets. Cuevas and Sánchez Barrios both ran away from home at a young age to begin their transitions.

“We went to the funerals of murdered friends and the families didn’t want us there,” Sánchez Barrios said. “We have to be very far from certain relationships in our friends’ lives.”

Many employers also refuse to hire transgender women, forcing them to rely on sex work and exposing them to the dangers of the streets, activists say. 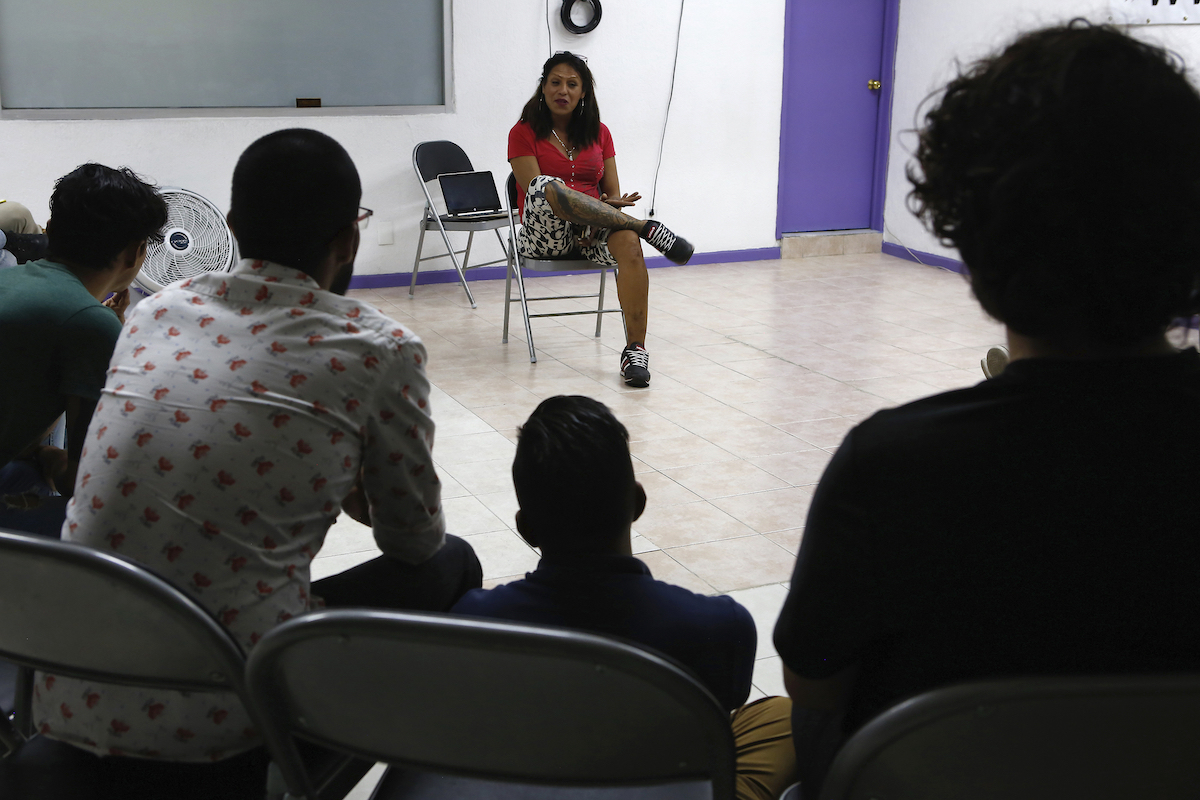 Last year, 53 transgender women were killed in Mexico. They include a woman found in a trash bin with her face pummeled beyond recognition by a rock. One was tortured to death by captors while her family heard her last moments over the phone. Another was found naked and strangled in her bedroom. No suspects have been publicly identified in those cases.

Most recently, on Aug. 13, a transgender woman died from eight stab wounds in Mexico City, local media reported. Her attacker escaped and police have named no suspects.

While López Obrador’s government has publicly sided with LGBTQ rights, it’s not clear what protections might be put in place or envisioned to combat violence against the community.

Alexandra Haas, director of the federal National Council to Prevent Discrimination, said the administration wants to retrain local prosecutors and police in handling cases involving transgender sex workers. She said the government is working with the Attorney General’s Office to establish unified protocols across Mexico.

“It’s very important to us that we make it so local prosecutors take these cases seriously,” Haas said.

Sánchez Barrios said there is a lot of work to be done at all levels of government. She would like to see the federal government pass a marriage equality law, as it is currently governed on a state-by-state case, and challenge other local decisions that may infringe on rights such as legally changing one’s gender.

“This leftist government that has majority control of Congress and the Senate and locally in Mexico City has to generate laws in favor of sexual diversity,” Sánchez Barrios said.

In the capital’s Pride parade in June, Cuevas rode down the city’s premier avenue on top of a hearse to call attention to the violence against the transgender community.

Death has not stopped following her. Last January, Cuevas’ friend Pamela Sandoval became the first known transgender woman to be killed under the new administration.

Cuevas said she is willing to endure the death threats if it means she can help secure a safer world for Mexico’s transgender community.