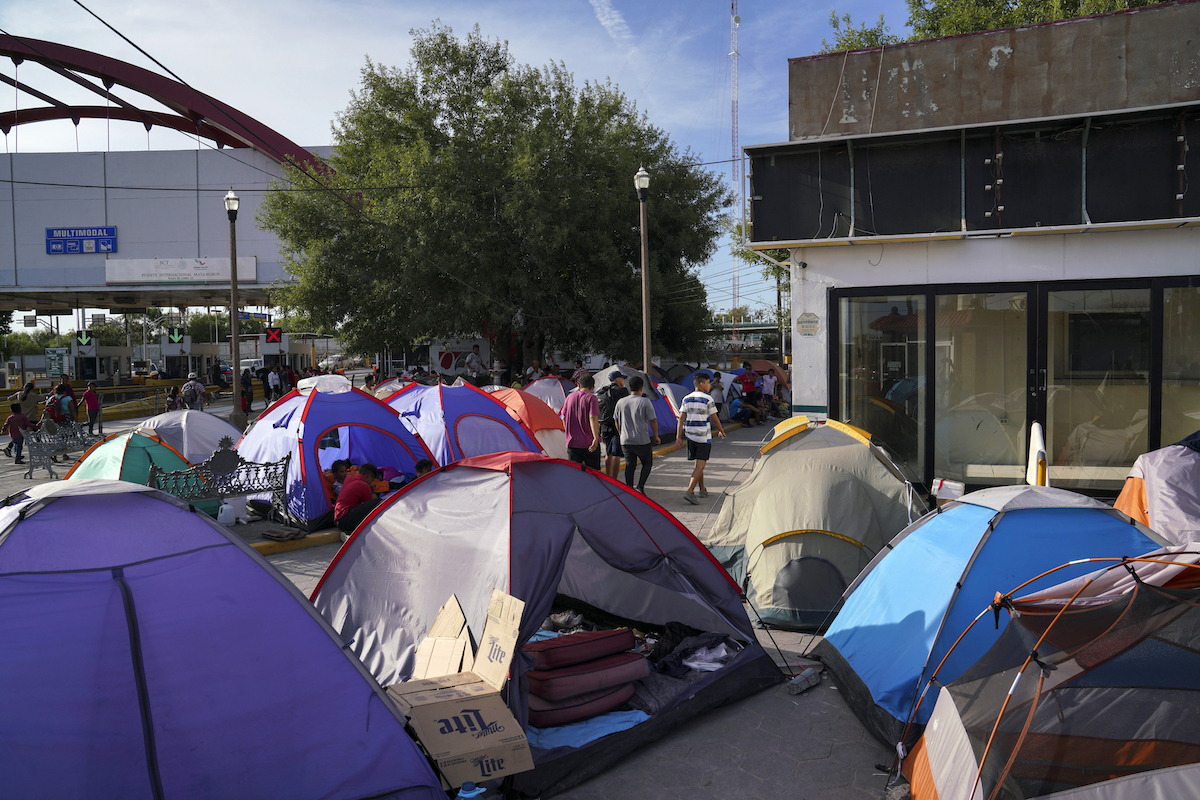 CIUDAD JUÁREZ, Mexico (AP) — The U.S. Supreme Court’s clearing of the way for the Trump administration to deny nearly all asylum requests from Central Americans and other migrants caused despair along the border Thursday and was denounced by activists as a “death sentence” for those trying to escape poverty and violence in their homelands.

The new policy would deny refuge to anyone who passes through another country on the way to the U.S. without first seeking asylum there.

Migrants who make their way to the U.S. overland from places like Honduras, Guatemala and El Salvador would be largely ineligible, along with asylum seekers from Africa, Asia and South America who try to get in by way of the U.S.-Mexican border.

“Our Supreme Court is sentencing people to death. There are no safeguards, no institutions to stop this cruelty,” the immigration-assistance group Al Otro Lado said in a statement.

The Mexican government likewise called the high court’s action “astonishing.” The effects of the new policy could fall heavily on Mexico, leaving the country with tens of thousands of poor and desperate migrants with no hope of getting into the U.S.

In Tijuana, Dunea Romero, a 31-year-old Honduran woman, started to tear up at the thought of not being allowed to take refuge in the U.S. She said she packed a bag and fled her homeland with her two boys, ages 7 and 11, after hearing that her ex-husband, a powerful gang leader, was going to have her killed.

“I did this so I didn’t lose my life,” she said. “I didn’t want to leave my sons without a mother.”

A Nicaraguan who has been waiting in Ciudad Juárez to request asylum in the U.S. could be among those who would be affected. He said he fled his home country after running afoul of the Nicaraguan government with many acts of civil disobedience.

He passed through Honduras on his way to the border, meaning he would have to return to that violence-ridden country under the new rule. He asked that his name not be used because a past news report quoting him led to retaliation against relatives in Nicaragua.

In Tijuana, Ngoh Elliot Takere of Cameroon stood only steps from the U.S. and felt overwhelmed by frustration after learning that he could be blocked from getting in. He has been waiting for two months in Mexico for his number to be called so he can submit a request for asylum in the U.S.

The 28-year-old furniture maker said he left his war-torn African homeland after being jailed by police for being part of the English-speaking minority. He was released on the condition that he leave the country or be killed, he said.

He said the military burned his family’s home, killing his mother. 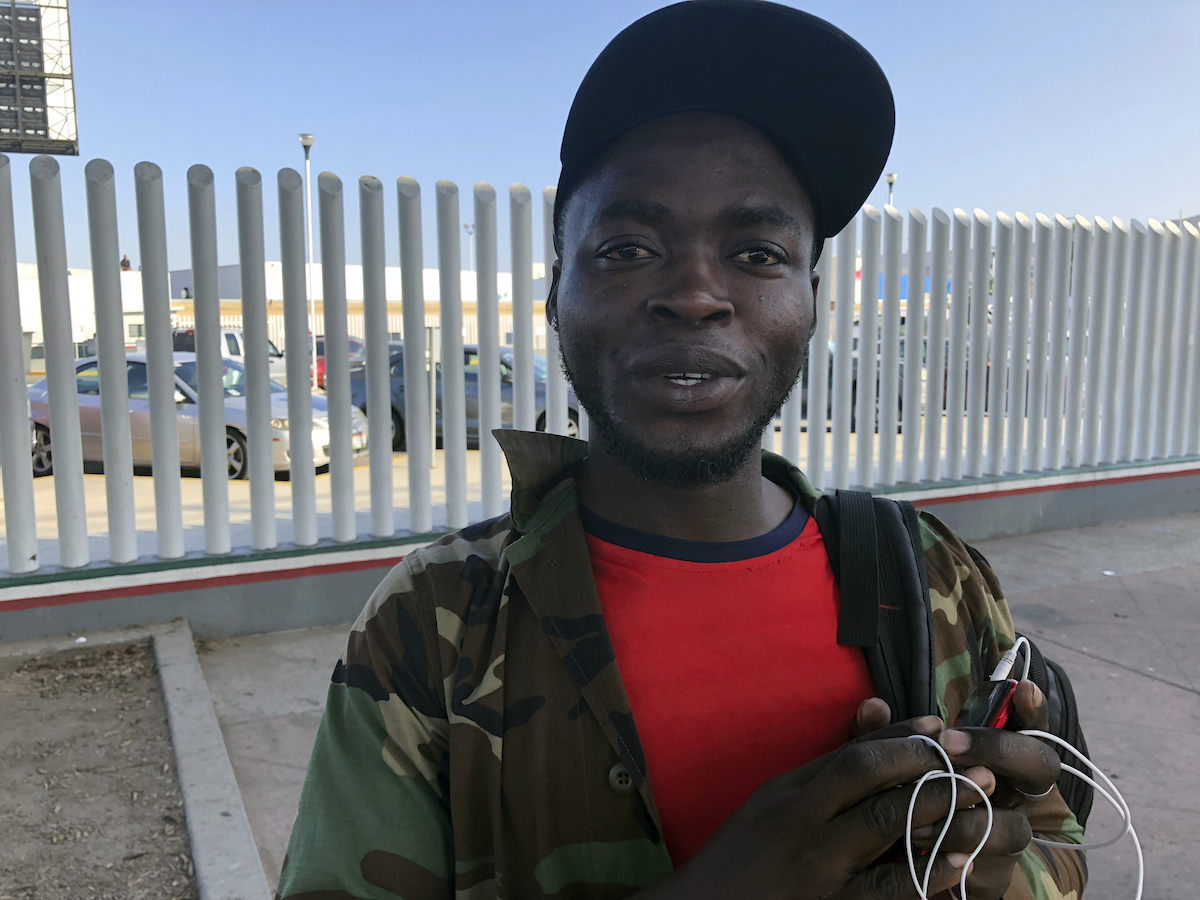 Ngoh Elliot Takere gives an interview in Tijuana, Mexico, where he has been waiting for two months to apply for asylum in the U.S., Thursday, Sept. 12, 2019. (AP Photo/Julie Watson)

As for the possibility of being turned away by the United States, Takere said: “I can’t think of that.”

It was not immediately clear how and when the Trump administration would put the new rule into effect, especially for the 45,000 people who have been turned back and forced to wait out their asylum requests on the Mexican side of the border under yet another new, more stringent U.S. policy.

The Supreme Court’s order late Wednesday temporarily undoes a lower court ruling that had blocked the new policy in some border states. It means the Trump administration can now enforce the rule everywhere while a legal challenge to it continues.

“Once again, the Executive Branch has issued a rule that seeks to upend longstanding practices regarding refugees who seek shelter from persecution,” Sotomayor wrote.

Asylum seekers must pass an initial screening called a “credible fear” interview, a hurdle that a vast majority clear. Under the new policy, they would fail the test unless they sought asylum in at least one country they traveled through and were denied. They would be placed in fast-track deportation proceedings and flown to their home countries at U.S. expense.

The American Civil Liberties Union lawyer who is representing immigrant advocacy groups in the case, Lee Gelernt, said: “This is just a temporary step, and we’re hopeful we’ll prevail at the end of the day. The lives of thousands of families are at stake.”

Morgan said the Trump administration is “doing everything that they can” to address what he described as the crisis on the border.

Migrants with valid claims “should be seeking help and asylum from the first country they come in contact with,” Morgan said Thursday on Fox News. “They shouldn’t be paying the cartels thousands of dollars and risking their lives to take a 1,000-mile journey across several countries to get help.”