Mexico Says It Disagrees With US Supreme Court Order 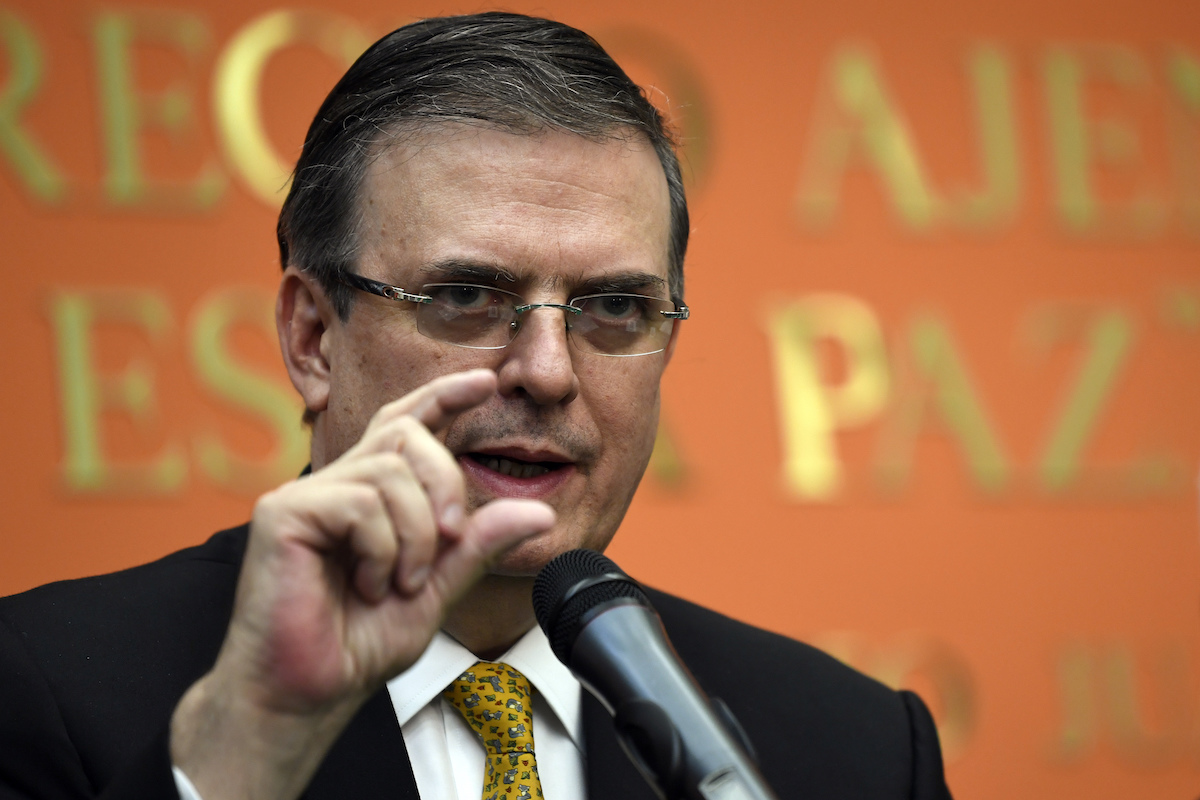 MEXICO CITY (AP) — Mexican Foreign Secretary Marcelo Ebrard said Thursday that Mexico’s government doesn’t agree with an “astonishing” U.S. Supreme Court order that would block migrants from countries other than Mexico and Canada from applying for asylum at U.S. borders.

Speaking at President Andrés Manuel López Obrador’s daily news conference, Ebrard said that Mexico has a different policy when it comes to asylum seekers and would never implement such a rule.

“Our policy of refuge, of asylum is a tradition in Mexico,” he said.

“The United States has a very hardline immigration policy,” Ebrard continued. “The court’s decision is astonishing in the impact that it is going to have.”

Ebrard declined to explain that impact, saying that he had various meetings scheduled Thursday to try to evaluate what effects the court’s decision will have on Mexico. But the ruling is likely to drive more Central American migrants to try to illegally enter the U.S. with the help of smugglers or move them to apply for asylum in Mexico, which is already swamped with applications.

Mexico has long resisted a so-called safe third country agreement with the U.S. that would require migrants to request asylum there first, but the court’s decision appears to have unilaterally brought about the same result.

On Thursday, López Obrador said that he spoke by phone with President Donald Trump a day prior, noting the U.S. president recognized Mexico’s efforts and that relations between the two countries were very good.

He also said things were looking better for the ratification of a new free trade agreement between U.S., Mexico and Canada.

“There are no deep differences, there’s no discrepancy, nothing that could lead them to take measures or apply measures that affect the economy, the development of our country,” López Obrador said. “On the contrary, there’s a very favorable environment for the United States Congress… unbeatable conditions to approve the free trade treaty.”

His conciliatory approach contrasts sharply with a tack taken earlier this year by Trump, who tied immigration to economic policy by threatening crippling tariffs on all Mexican imports.

It also accepted the expansion of the “Remain in Mexico” policy, under which the U.S. has sent thousands of asylum applicants back across the border to wait in Mexico.

Mexico announced Friday that it had reduced the flow of migrants arriving at its northern border by 56% in three months, and it has said that is beginning to invest in the Central American countries responsible for the majority of the migrants.

United Nations High Commissioner for Human Rights Michelle Bachelet said this week she was concerned that immigration policies implemented in Mexico, the U.S. and some Central American countries “are putting migrants at heightened risk of human rights violations and abuses.”

Asked about her comments Thursday, Ebrard said Mexico also had concerns and had requested a meeting with her office to exchange information.