More Than a Wall: Corporate Profiteering and Border Militarization 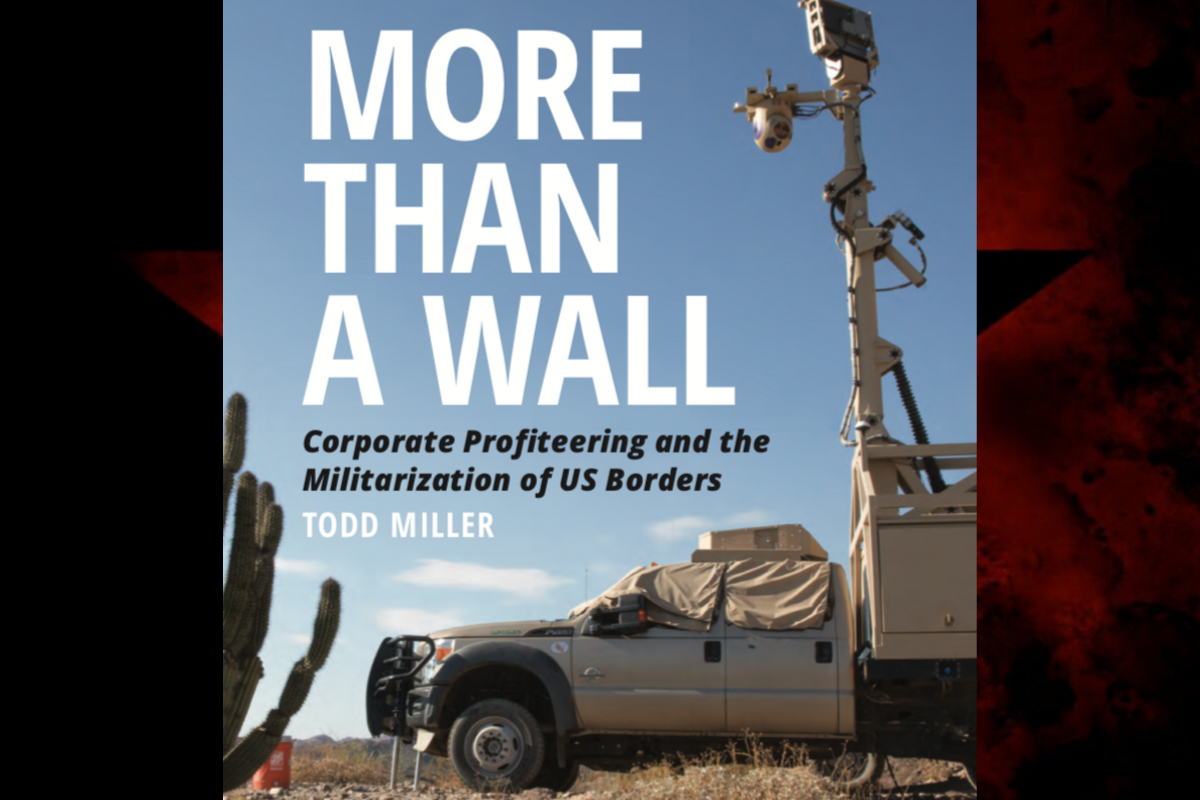 On Monday, international research group Transnational Institute (TNI) shared a new report where it said that some of the world’s biggest arms firms have been shaping U.S. border policy since the 1990s. The result, according to the report, has been a significant increase in budgets for border militarization.

Called “More Than a Wall: Corporate Profiteering and Border Militarization,” the report noted that companies like General Dynamics, Northrop Grumman, Lockheed Martin, Raytheon and Boeing “make up a border-industrial complex which poses the biggest obstacle to a humane and compassionate response to migration,” a media release from TNI explained.

“The report shows that the influence of the border-industrial complex has led to more than a doubling of budgets in the last 15 years ($9.1 billion in 2003 to $23.7 billion in 2018) and an incredible overall 1875% increase since 1990 (when it stood at only $1.2bn). It has also solidified a predominately militarized response to migration in which the U.S. government continuously fortifies the border with the latest military technology rather than address the underlying causes of migration,” the release stated.

The TNI researched looked into contracts by U.S. Customs and Border Protection (CBP) as well as the political donations and activities of corporations. Here are some the report’s conclusions:

The report was co-sponsored by No More Deaths, an humanitarian aid organization that works on the U.S.-Mexico border.

“U.S. border policies, over the past three decades, have continued to push migration further and further into these deeply militarized zones,” Hannah Taleb of No More Deaths said in the media release. “This has not only boosted corporate profits but also caused untold human suffering. No More Deaths has decided to co-sponsor this new report because of the important link between U.S. Customs and Border Protection spending and the massive crisis of death and disappearance of migrants in the U.S. borderlands.”

One response to “More Than a Wall: Corporate Profiteering and Border Militarization”