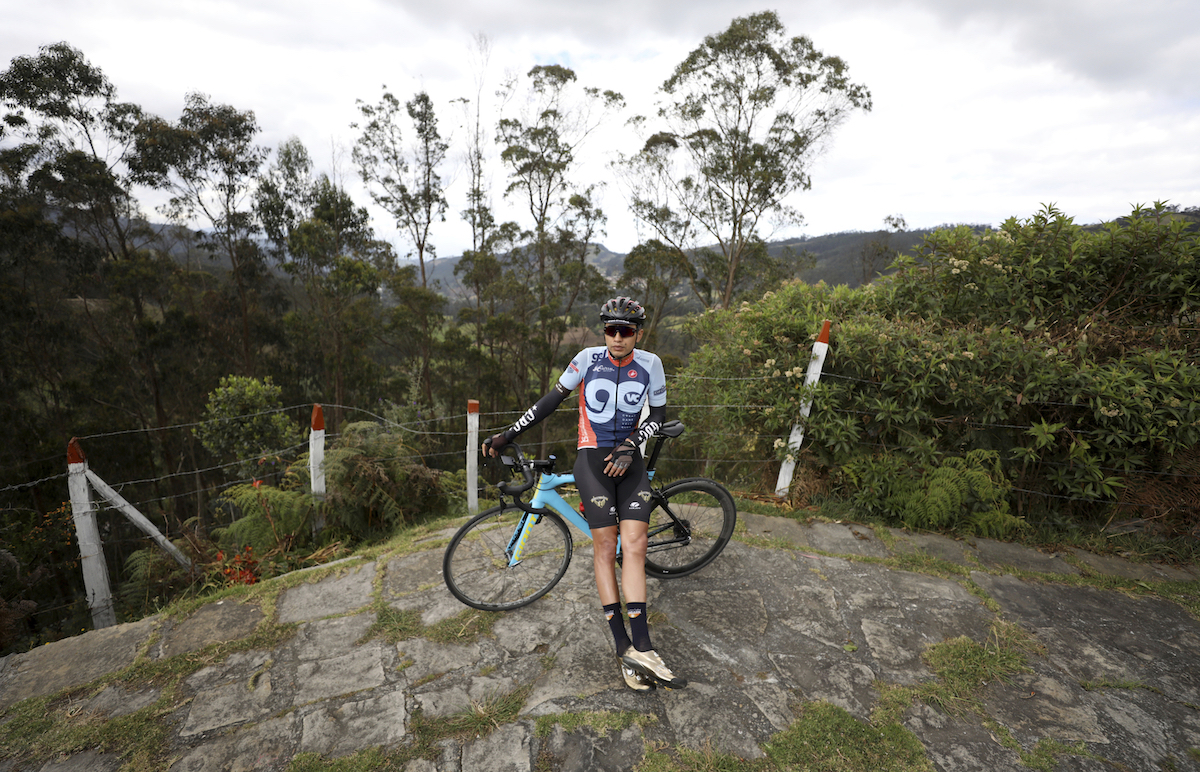 Former professional cyclist Armando Cárdenas props himself up against his bike after pedaling from the towns of Madrid to Zipacón, Colombia, Tuesday, Aug. 27, 2019. (AP Photo/Fernando Vergara)

MADRID, Colombia (AP) — After a punishing climb in the Andean mountains surrounding Colombia’s capital, Armando Cárdenas leans against his bike to catch his breath.

In a decade-long career racing professionally, Cárdenas never reached the same international heights as the country’s biggest cycling stars. Though with seven national titles and a medal at the Pan-American Games, the 37-year-old got to live his dream of cycling professionally.

Like many of his fellow Colombian cyclists, he also made the decision to dope.

“I wanted to know what it meant to race while doping,” said Cárdenas, who now coaches a crop of local talent, “and the difference was huge.”

In the weeks since Egan Bernal became the first Colombian to win the Tour de France, the country has been basking in attention focused on its reputation for churning out specialist climbers raised on thin mountain air and possessing the sort of extreme stamina taught by poverty.

But that wholesome image, a welcome antidote to a sport tarnished globally by scandal, risks being undercut by a festering doping problem that the country has been slow to address.

In August, Álvaro Duarte tested positive for a performance-enhancing drug after winning top climbing honors at the Vuelta de Colombia, bringing to 42 the number of Colombian cyclists currently sanctioned or provisionally suspended. Only Costa Rica has more cyclists suspended by the sport’s world governing body than Colombia. The suspension added to doubts that first surfaced in 2017 after the World Anti-Doping Agency revoked the license of a government-run lab responsible for all doping tests in Colombia and the ban this year of the country’s premier international team, Manzana Postobón, which prided itself on clean cycling.

Part of the problem is the ease with which Colombian cyclists can find an artificial boost: at their local pharmacy. The sale and traffic of performance-enhancing drugs is legal in Colombia, meaning substances such as EPO can be bought over the counter.

While athletes break their sport’s rules by doping, prosecutors are unable to hold users, or their suppliers, accountable. That became clear when a Colombian doctor, Alberto Beltrán, was paraded in front of the media in 2016 after he was captured on a Spanish arrest warrant for allegedly leading a doping network in Spain. He was released after Colombia’s Supreme Court ruled Beltran’s alleged crimes weren’t punishable in Colombia. 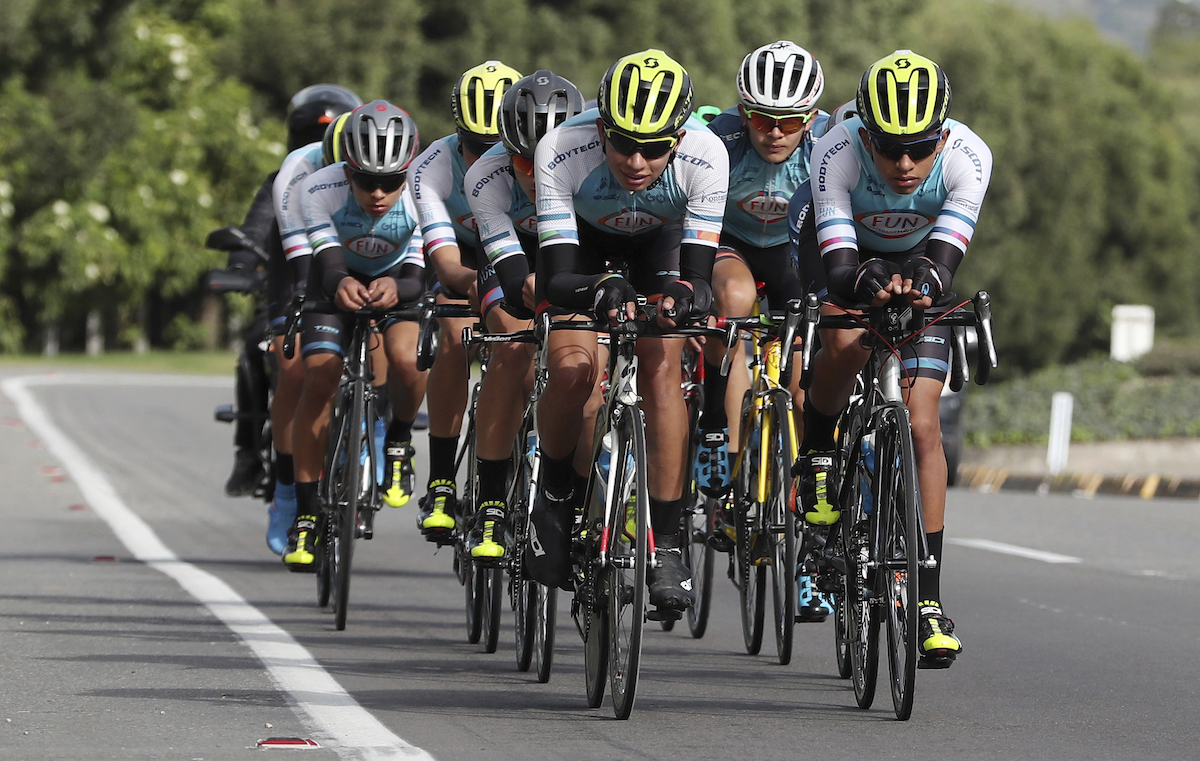 The veil of silence enveloping the sport was first lifted by Colombian cycling veteran Juan Pablo Villegas during a 2015 interview. Four years later he remains the only cyclist to have taken a public stand on the issue while still competing.

Driving the widespread use of performance-enhancing drugs, he says, is the desperate economic situation many of the country’s 5,000 professional cyclists find themselves in. With little prize money available and most professional teams offering only minimal support, many will do whatever it takes to survive in the sport.

“Most cyclists disagree with doping,” said Villegas. “But there are simply times when there are no other options to maintain your livelihood.”

The Colombian Cycling Federation estimates there are over 5,000 professional cyclists trying to eke out a living in the country.

In recent years, the most vocal proponent of clean cycling in Colombia was Manzana Postobón. During the team’s 13-year history its management made a point of promoting its self-described commitment to “ethical cycling,” becoming the first squad to institute biological passports to try and ensure their riders competed clean.

In May, Postobón folded after two of its riders tested positive for banned substances, triggering the team’s suspension.

“There has been a series of impatient cyclists that have made this mistake [of doping],” said Luis Fernando Saldarriaga, who was Manzana Postobón’s team manager. “Sponsors invest in their brands so that they are well represented ethically, not for their names to be stained by a series of doping cases.”

Colombia’s sporting institutions have also found themselves restricted in the fight against doping—such as by being left without a functioning anti-doping laboratory. 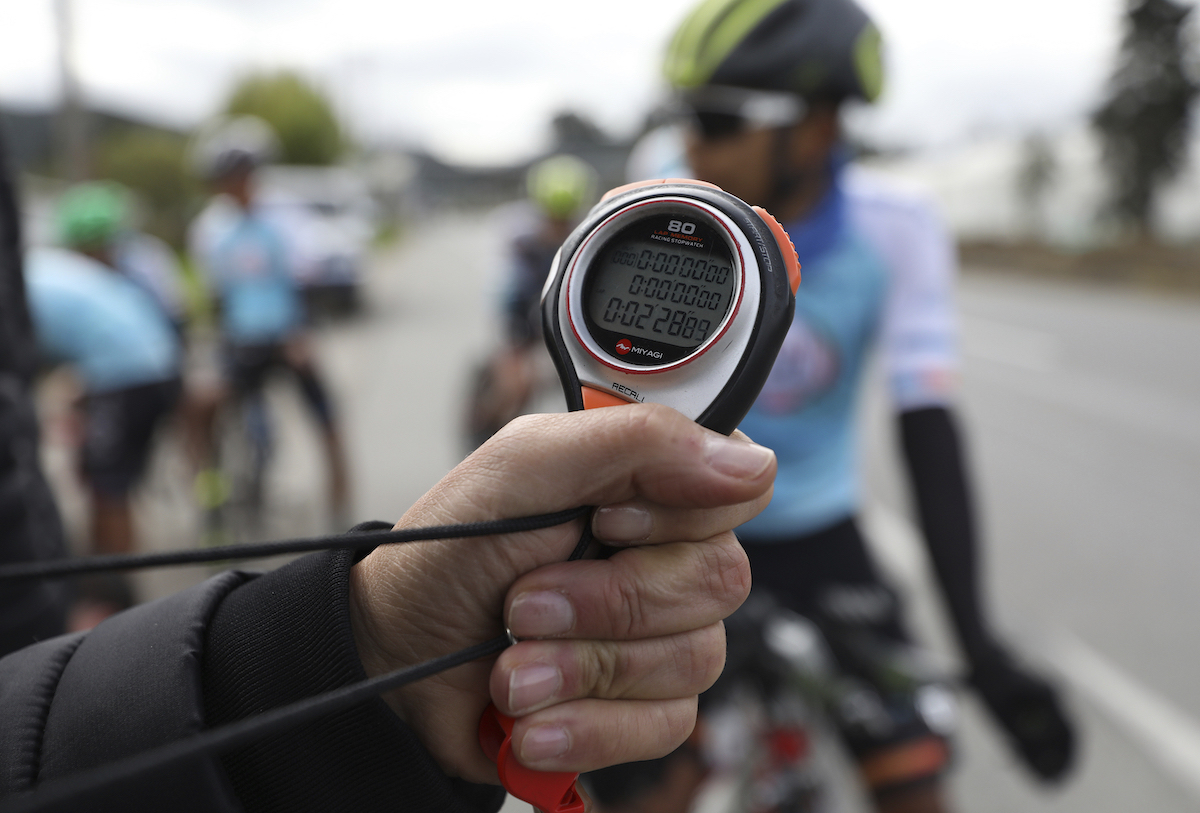 Since the World Anti-Doping Agency’s intervention, samples have had to be sent abroad to be tested. The anti-doping office says it can only afford to maintain a testing pool of 22 cyclists it has concerns about.

Orlando Reyes, the anti-doping office’s program manager, also claims the information provided by the Colombian Cycling Federation on the whereabouts of targeted cyclists is either inaccurate or arrives too late.

“You need very precise information or when you go to test an athlete you won’t find them,” said Reyes. “A lot of resources are wasted in a missed test.”

Yet there are indications that help is finally coming.

In May, Sports Minister Ernesto Lucena announced a plan to get the Bogota laboratory reaccredited. He is also working to draft new language for the penal code to outlaw the trafficking of performance-enhancing drugs.

“If that law is approved you can be assured that [doping] will disappear,” said Jorge Ovidio González, who was president of the Colombian Cycling Federation until he stepped down at the end of August for health reasons. “We can detect those who sell [performance-enhancing drugs] but we don’t have the teeth to be able to sanction them.”

Instead of waiting for change within the sport’s governance, a small cadre of coaches and cyclists around the country continue to push the merits of clean sport.

One is Wilson Sandoval, the manager of a youth team based in Bogotá.

His team, Fundación Esteban Chaves, requires any aspiring cyclist who wants a tryout to take a doping test. He said it’s not uncommon for cyclists as young as 15 “to fall into the trap of doping.”

As the wait for action from local authorities continues, those like Sandoval are left to try and find their own way through a Colombian cycling landscape littered with failed doping tests.

“I believe change can happen,” said Sandoval. “But you have to start with the youth and show them there is another path because in the end it’s these children who will be harmed.”