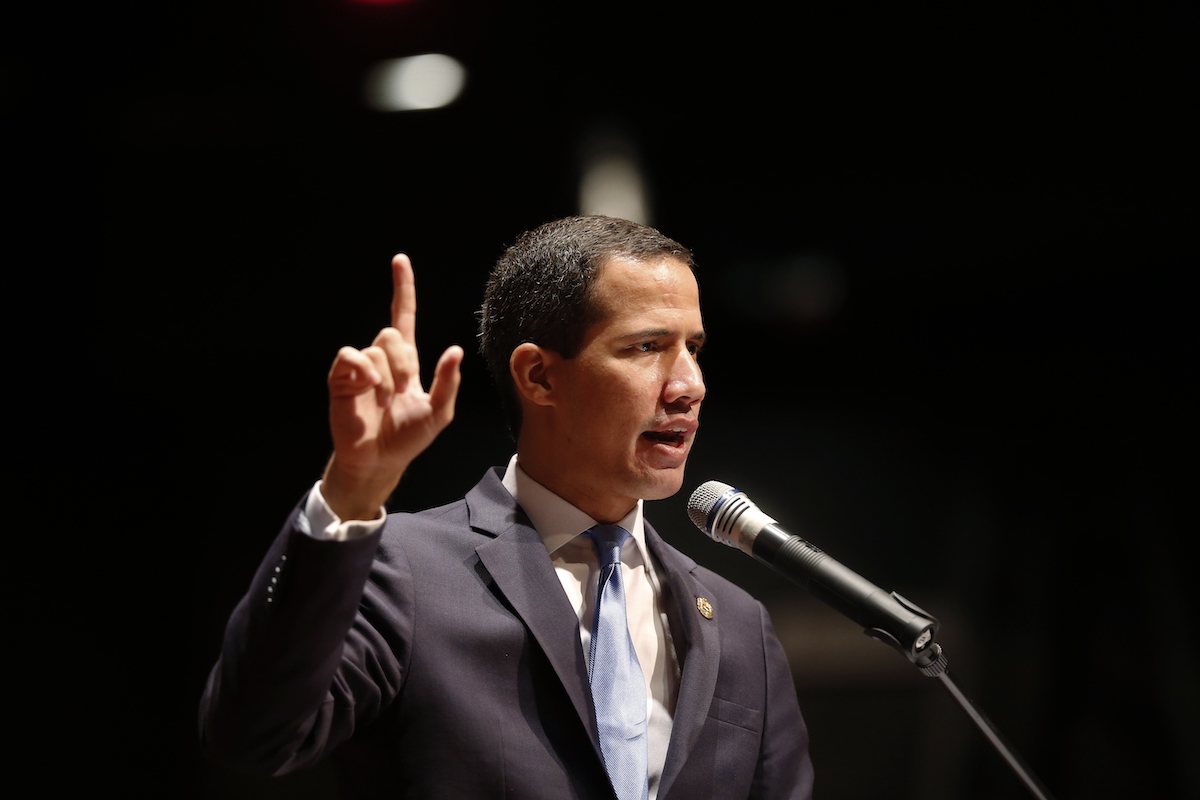 In this Aug. 28, 2019, file photo, Venezuela’s opposition leader and self-proclaimed interim president Juan Guaidó, speaks during an event about infrastructure of the country at the Metropolitan University in Caracas, Venezuela. (AP Photo/Ariana Cubillos, File)

NEW YORK (AP) — The Trump administration is more than tripling U.S. support for pro-democracy work in Venezuela and for the first time directly funding opposition leader Juan Guaidó as he attempts to set up a government to rival the socialist administration of Nicolás Maduro.

The $52 million in new aid was to be announced Tuesday by Mark Green, the administrator of the U.S. Agency for International Development, following a meeting in New York with Guaidó’s envoy Carlos Vecchio, who the Trump administration recognizes as Venezuela’s ambassador in Washington.

The funding was mostly repurposed from humanitarian aid originally earmarked for Honduras and Guatemala that President Donald J. Trump cut last year after over what he said was the Central American countries’ failure to stem the flow of migrants to the U.S.

The funding boost represents a major doubling down in U.S. support of Guaidó, who has drawn recognition as Venezuela’s rightful leader by more than 50 nations. But he has been unable to translate the international support and popularity at home into real power capable of helping regular Venezuelans suffering from hyperinflation and an economic collapse akin to the destruction wrought by war.

A senior Trump administration official said the new U.S. aid package seeks to address that deficit, providing about $19 million to pay for secure communication devices, travel stipends and training in budget planning and other tools to effectively govern should they manage to force Maduro from power. The U.S. official spoke on the condition of anonymity because he is not authorized to publicly discuss details of the aid package.

The Trump administration had budgeted $9 million during the 2017 fiscal year and $15 million in 2018 to promote free press, the monitoring of human rights abuses and anti-corruption initiatives—work by civil society groups that will be greatly expanded by the additional funding.

A U.S.-backed uprising in April by a cadre of security forces failed to break the armed forces’ loyalty to Maduro. The embattled socialist in recent days has gone on the offensive, announcing a deal with a small group of minority opposition parties to reshape the nation’s electoral council and other reforms after talks with Guaidó sponsored by Norway broke down.

Trump, speaking at the United Nations on Tuesday, delivered a sharp warning to Venezuela, declaring that he awaited the day “when Venezuela will be free and when liberty will prevail throughout this hemisphere.” He also called socialism “the wrecker of nations” and “destroyer of societies.”

His call came just a day after the United States and more than a dozen Latin American countries agreed to investigate and arrest associates and senior officials of Maduro’s government who are suspected of crimes such as drug trafficking, money laundering and financing terrorism.

The funding announced Tuesday for inside Venezuela is in addition to hundreds of millions of dollars already committed by the U.S. to support the more than 4 million vulnerable Venezuelans who have fled the country’s crisis and migrated to Colombia, Peru, Ecuador and other nations throughout Latin America.