This Past Weekend, More Than 3,000 Puerto Ricans Demanded Action on Climate Crisis 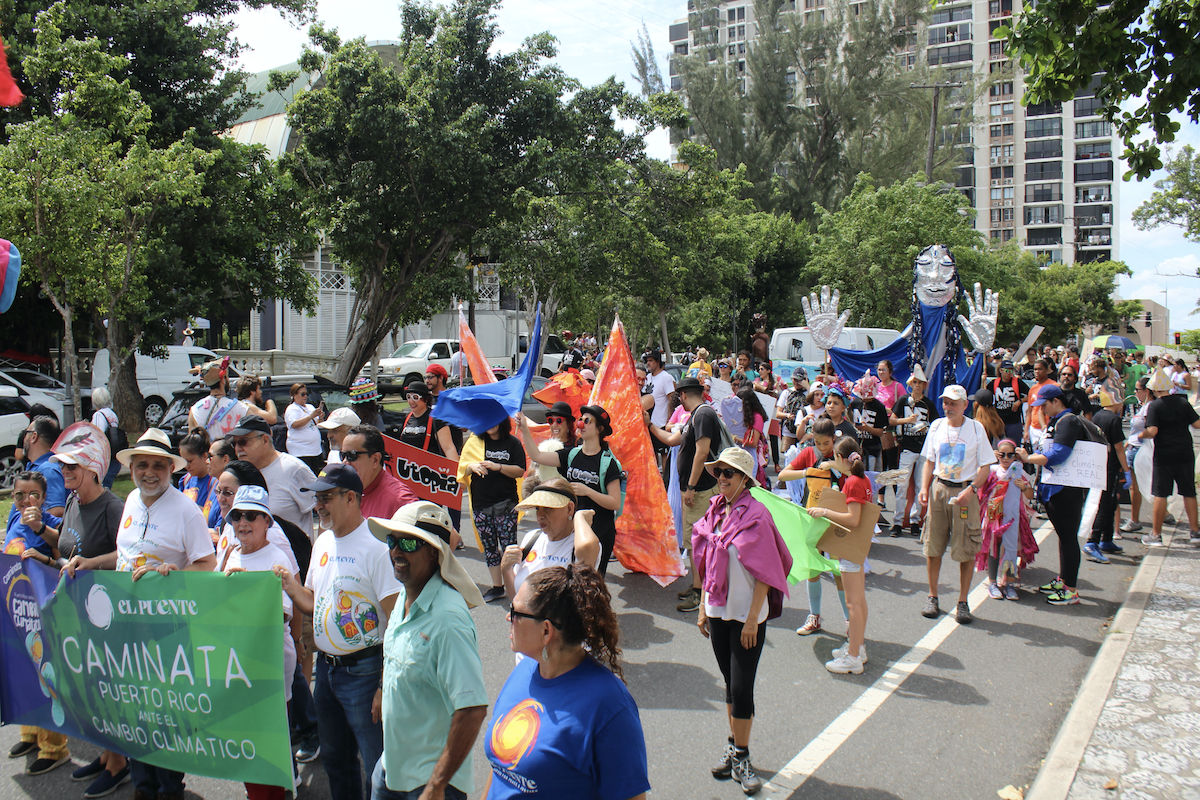 SAN JUAN — This weekend, a group of Puerto Rican biology majors were showcasing a bioplastic made of food waste. The material varies in shades of brown depending on what is made out of and it’s still a prototype, but the students have high hopes. “Our goal is to pick up vegetable and fruit leftovers from supermarkets and make them into bioplastic,” 21-year-old Guilliana Hernández told Latino Rebels.

The members of the University of Puerto Rico’s Bayamón’s Enactus chapter were one of more than 60 organizations that participated in Saturday’s third annual Caminata Puerto Rico Ante el Cambio Climático. More than 3,000 people participated in the march and education forum organized by El Puente: Enlace Latino de Acción Climática, which are part of the Global Climate Strike happening this week. 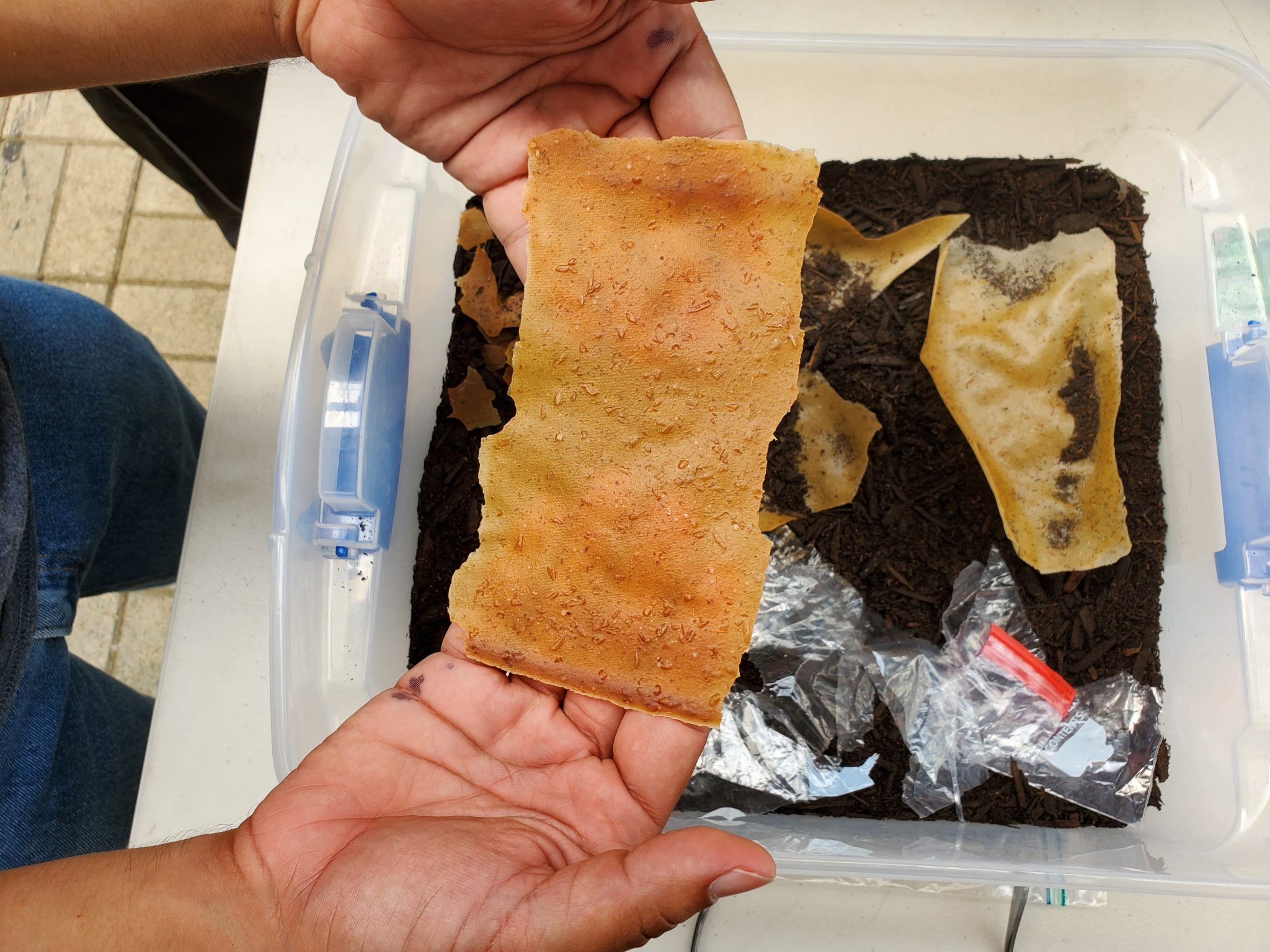 Bioplastic on display in Puerto Rico this past weekend. (Photo by Camille Alexandra Padilla Dalmau/Latino Rebels)

This year’s event was purely driven to inspire action according to the organizer Marissa Reyes, who stressed the urgency, citing  a UN’s climate report.

“Each table is educating on how we deal with, how we adapt to climate change, what measures can we take as citizens to face it and demand our governments to assume responsibility,” she said under el Pabellón de la Paz in Old San Juan.

The march was full of young faces sweating as temperatures reached the 90°F. “Boricua despierta, la tierra se calienta,” some chanted. As is usual for marches in Puerto Rico, there was plenty of music but this time many instruments were made of reusable materials.

Sheizel García stopped dancing to articulate her worries of the environment. She lamented that she never saw the bioluminesce of the San José Lagoon in San Juan. The 16-year-old is a resident of the Caño Martín Peña community near the channel that leads to the lagoon. 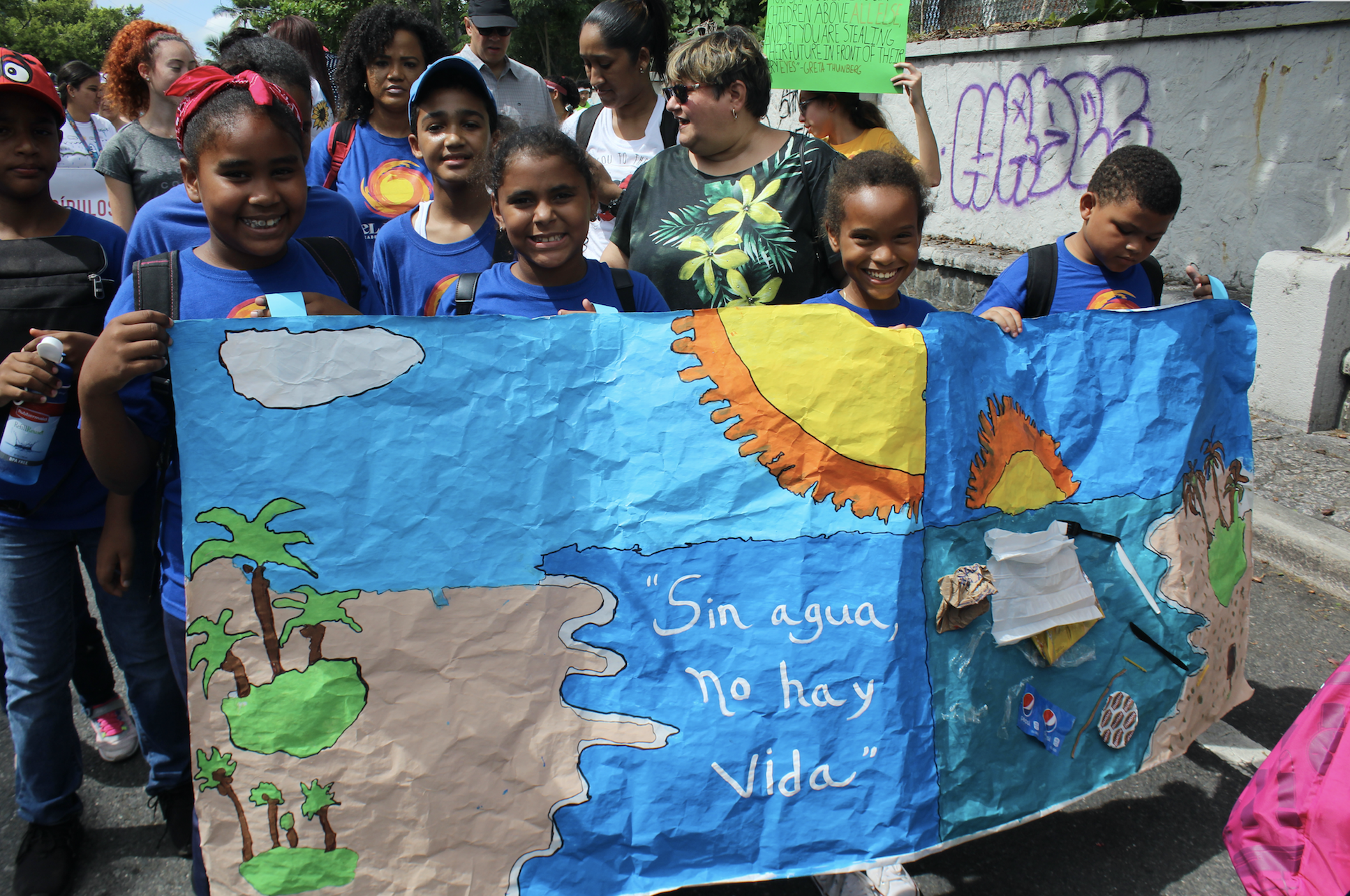 “All I saw was a contaminated channel, and I think of my own kids and the next generations. If we don’t do anything, they won’t even see clean air, they won’t see the beaches because of the erosion, and they won’t see the few bioluminescent bays that exist in the world,” García said.

Karla Durán choked up talking about her home country of Bolivia. She held a sign that read “2 million hectares are burning” and said it’s equivalent to 3 times the size of Puerto Rico.

For the 13-year resident of Puerto Rico, analyzing how we consume is one of the most important steps to take.

“Recycling is not the solution, it’s reducing our excessive consumption patterns a bit,” said Durán, who works in EcoTienda La Chiwi, an online ecological store.

On average, a person in Puerto Rico wastes 5.5 pounds of trash each day, which is 1 pound more than the average American. 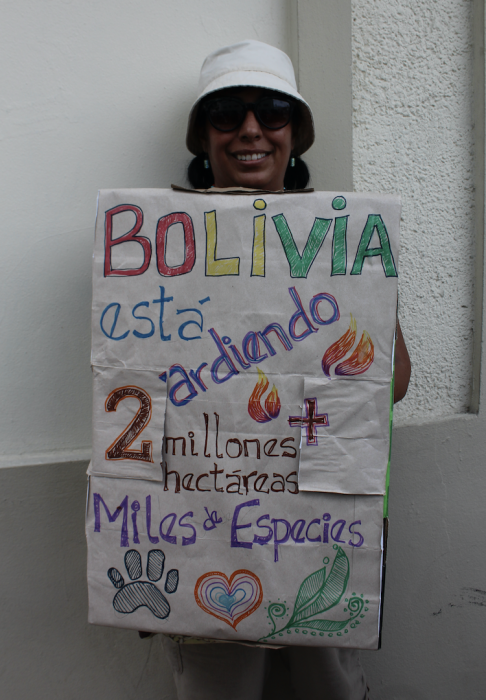 “We can make those changes in the community but I don’t see a lot of change in the private sector,” Cirilo said. A resident of Río Grande, he was marching with the 4-H chapter of Luquillo.

The Saturday march was the second climate event of the weekend. A day before, on the anniversary of Hurricane María, at least 600 people, mostly students during school hours, showed up in front of the Capitol building in a youth-organized climate strike.

Some organizers say that the 2017 hurricanes were a turning point for them.

“I became more conscious,” 17-year-old Paula Candelaria said. “And we don’t have to go through what the Parcela community did. So those of us with the privilege of not going through that have to see how to help.” 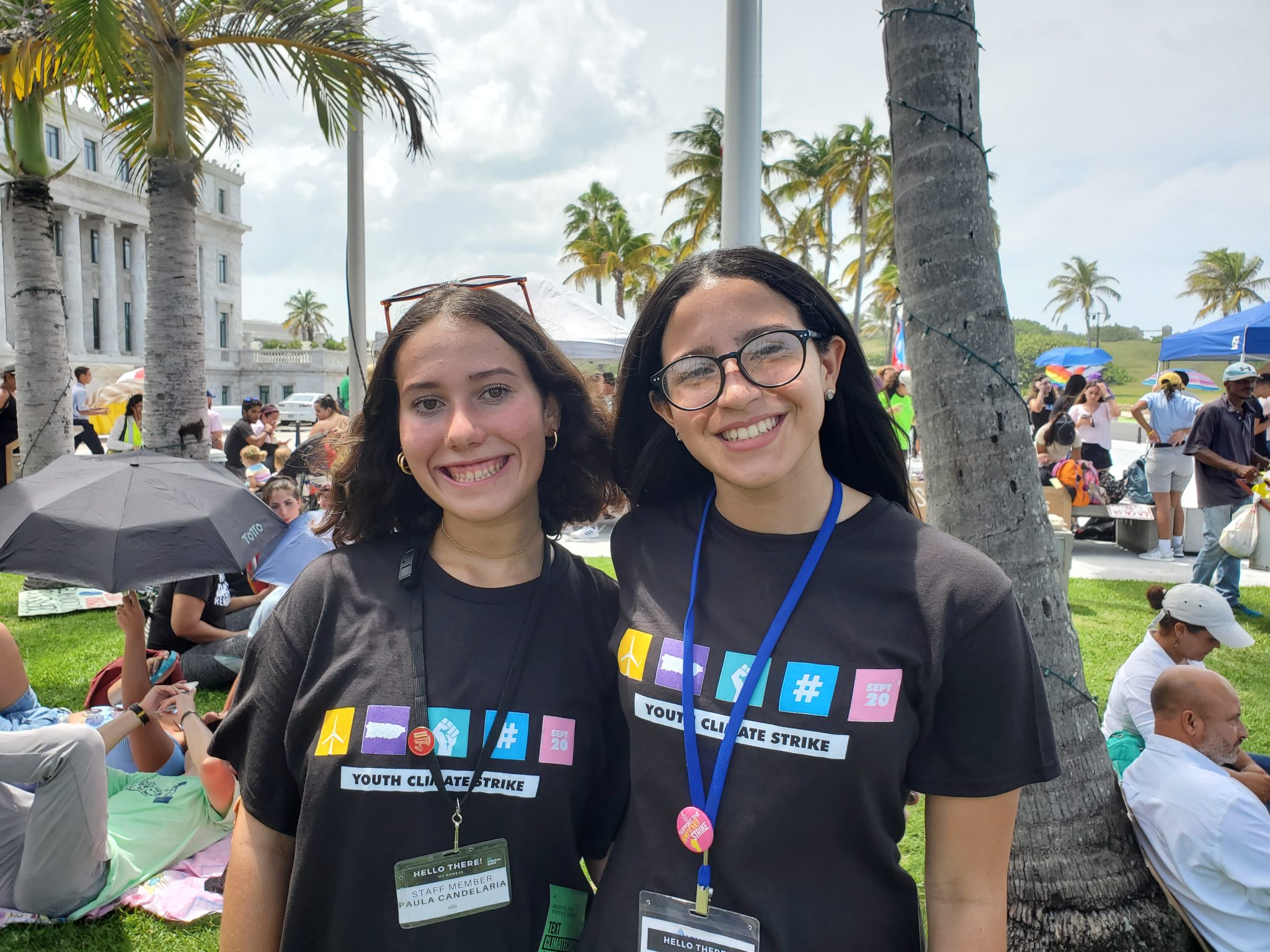 “We’re going to consider who have failed us and who have helped us,” added the 15-year-old who has been meeting with lawmakers.

Camille Alexandra Padilla Dalmau is a journalist and activist based in San Juan. She also teaches Communications and Journalism at la Universidad de Sagrado Corazón. She tweets from @CamiHabla.