Mexico Searching Another Dump in Case of 43 Missing Students 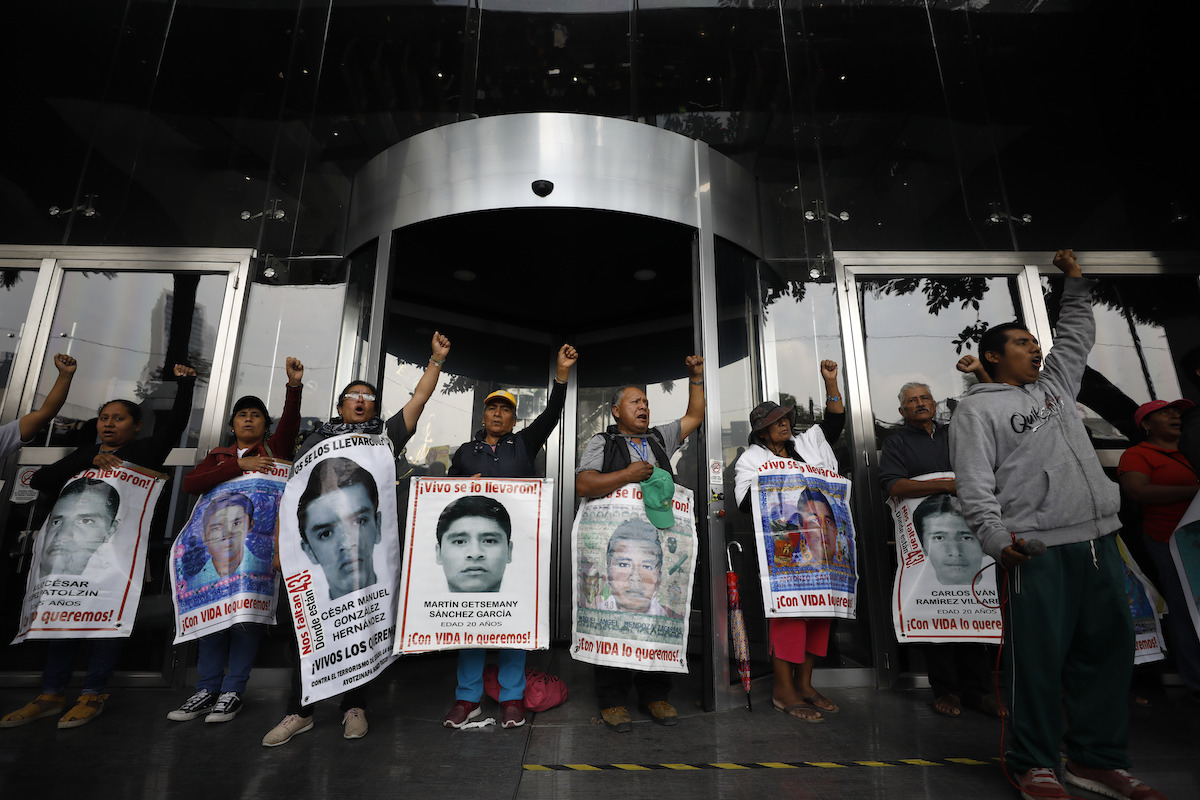 Parents and relatives of the 43 missing teacher’s college students protest outside the attorney general’s office in Mexico City, Wednesday, Sept. 25, 2019. The families continue to call for justice as they mark Thursday the five-year anniversary of their children’s disappearance. (AP Photo/Rebecca Blackwell)

MEXICO CITY (AP) — A member of an international team supporting the search for 43 missing students in southern Mexico said Wednesday that new information has led Mexican authorities to begin working at another garbage dump.

The dump outside the town of Iguala, Guerrero “is in the epicenter of the action,” said former Colombian prosecutor Ángela Buitrago of the Inter-American Commission on Human Rights group supporting the investigation.

The administration of then-President Enrique Peña Nieto said the students had been incinerated in 2014 by a drug gang at a garbage dump in Cócula and their remains tossed in a river. After studies, international experts cast doubt on that theory.

A government official familiar with the investigation said work began at the Tepecoacuilco dump site last weekend. The official spoke on condition of anonymity for lack of authorization to discuss the case.

Buitrago pointed out that investigators had searched other points in Tepecoacuilco before without finding anything relevant. 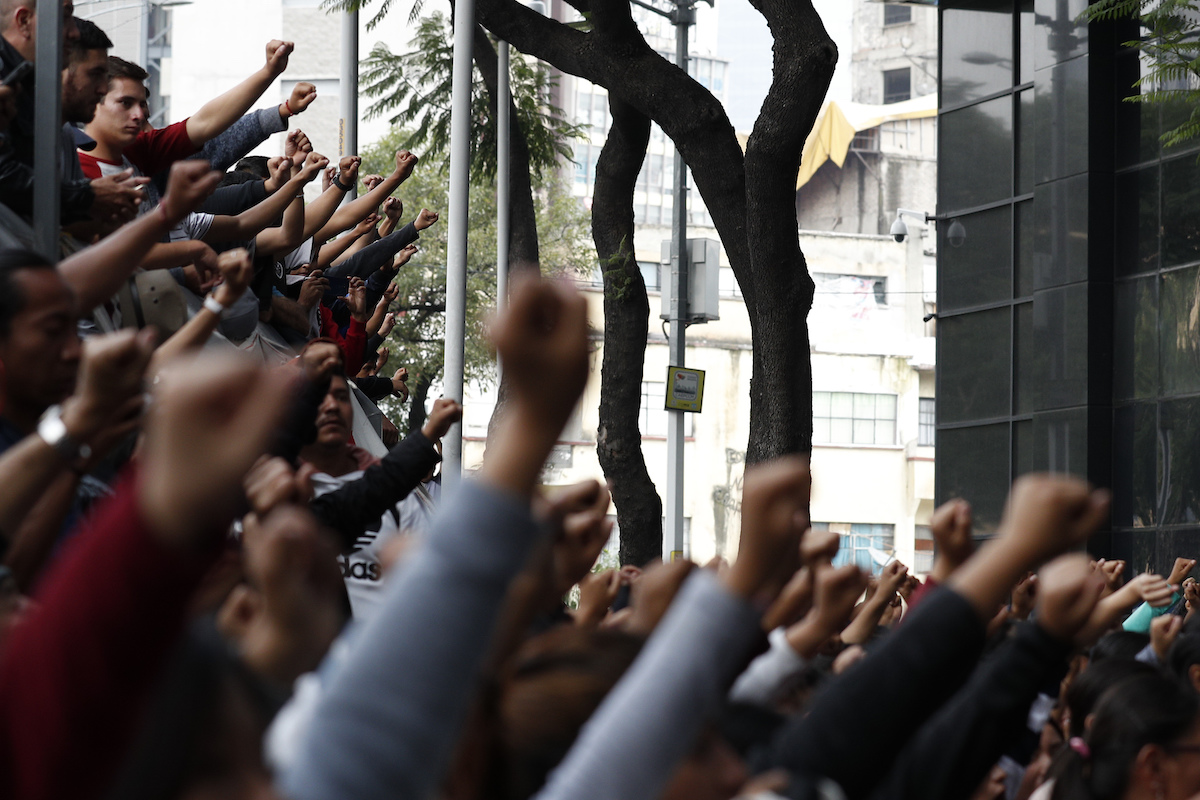 Students raise their fists as they protest along with the relatives of the 43 missing Ayotzinapa teacher’s college students, outside the attorney general’s office in Mexico City, Wednesday, Sept. 25, 2019. (AP Photo/Rebecca Blackwell)

Thursday is the five-year anniversary of the night the students from the Ayotzinapa teachers college were allegedly taken from buses by local police and turned over to a drug gang.

“We’re waiting for information that they could have obtained in that place because there are various [leads] that have not been investigated,” said Felipe de la Cruz, spokesman for the students’ families.

The original investigation has largely been dismissed due to incompetence and the alleged torture of witnesses. More than 70 of the 143 people arrested in relation to the case have been freed, including one of the main suspects recently.

The Attorney General’s Office has declined to speak about the work at the dump, but on Tuesday night it announced that it had called on the former Guerrero state governor to speak to investigators along with his security secretary and the state prosecutor at the time.

Lawyers for the students’ families have said recently that valuable information had been gleaned from new statements provided by Federal Police, but that the army still had not answered many questions.

One line of investigation has long been a tie to the drug trafficking between Iguala and Chicago. Prosecutors have said they have telephone call recordings they plan to analyze.