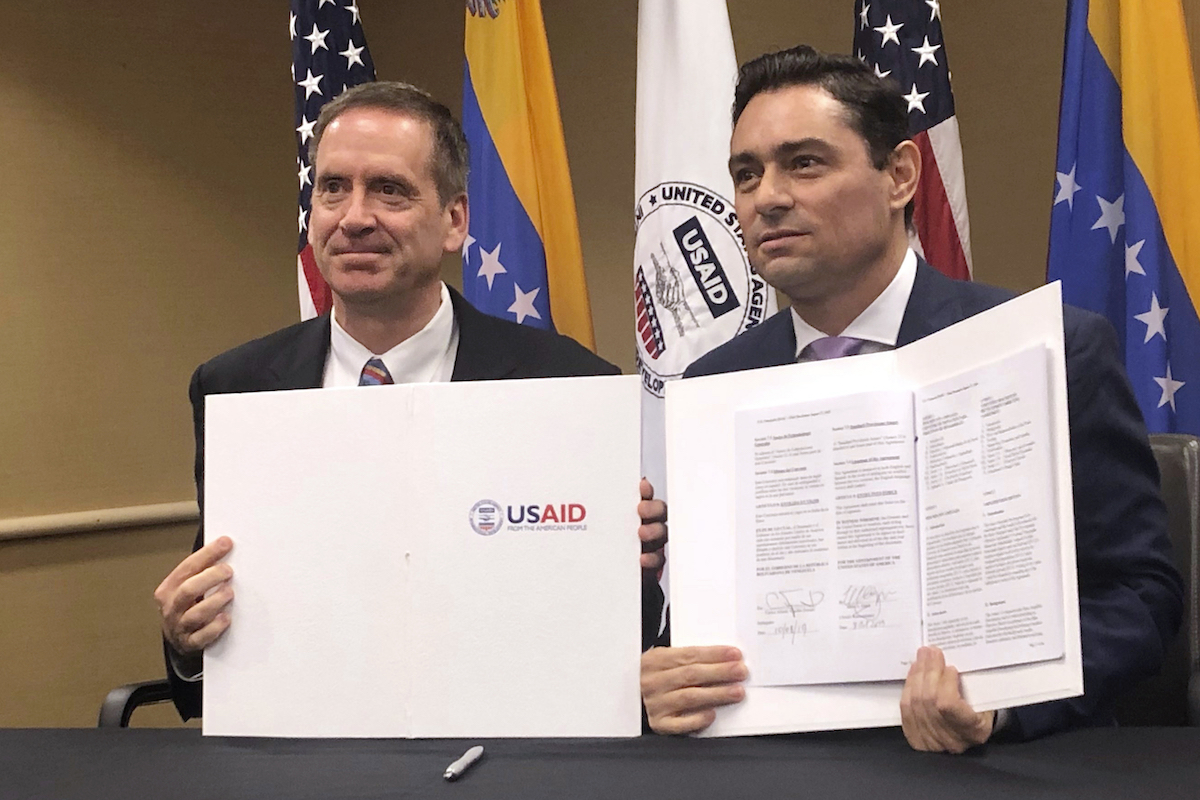 The deal signed in Washington calls for $98 million in additional aid to Venezuelans inside the South American country, raising the total assistance to $116 million.

Most of the money is supposed to go for medium- to long-term projects that involve non-government organizations, but part of the support will go directly to the Venezuelan National Assembly, the only major institution in the country controlled by the opposition to Maduro.

Officials didn’t specify which projects would receive the money, but Guaidó said in a video shown during the ceremony that the aid would allow his team to work more efficiently inside and outside the country, to fight censorship and misinformation and to protect human rights and free elections.

The U.S. and more than 50 other countries consider Guaidó the rightful president of the South American country, arguing that Maduro’s 2018 re-election was fraudulent.

Maduro and his allies accuse Guaidó of being a puppet of the U.S. government.

USAID also has allocated $568 million for humanitarian assistance for the at least 4 million Venezuelans who have left the country.