PORT-AU-PRINCE, Haiti (AP) — Protesters burned tires and spilled oil on streets in parts of Haiti’s capital on Friday as they renewed their call for the resignation of President Jovenel Moïse just hours after a journalist was shot to death.

No one has been arrested in the death of reporter Néhémie Joseph of Radio Méga, who had been covering the protests and was found dead in his car late Thursday in the town of Mirebalais, northeast of Port-au-Prince, according to Radio Vision 2000.

In a Facebook post in late September, Joseph said that a couple of politicians had threatened him after one of his shows and accused him of inciting protests. It was unclear, however, if this was the motive for his killing.

“The press should not have to claim victims and bodies as their own,” the Association of Professional Journalists of Artibonite said, calling on justice officials to investigate the killing.

Joseph is the third Haitian journalist killed in less than two years. Radio Sans Fin reporter Pétion Rospide was fatally shot in June as he drove home, while freelance journalist Vladjimir Legagneur disappeared in March 2018 while working on a story.

The most recent killing comes amid a spike in violence in Haiti’s capital and surrounding communities as protests that have caused nearly 20 deaths and almost 200 injuries paralyze the country for nearly a month. Businesses remain shuttered and an estimated 2 million children have not been able to go to school, according to the United Nations.

“It’s a very, very serious situation,” said Michèle Pierre-Louis, a former prime minister with the non-governmental organization FOKAL. “No one is really talking about the suffering of the people. The consequences are terrible.”

On Friday, the normally clogged streets of Port-au-Prince were nearly empty as people stayed indoors out of fear.

A small crowd gathered in Pétionville yelled and pushed on the occasional car that tried to drive through.

“We’re going to break and destroy everything,” he said. 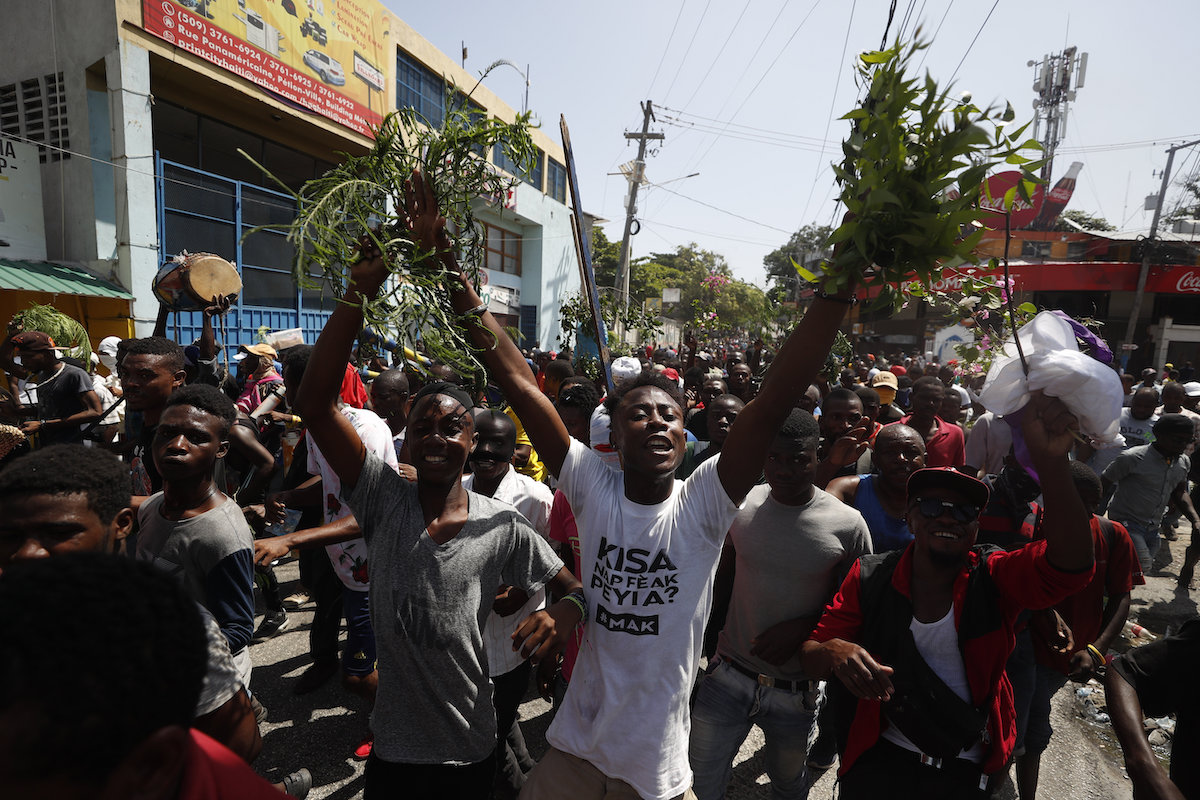 One man took a large rock and beat it against a metal post as the sound echoed across the area.

“I’m ringing the alarm!” he said as protesters arrived.

As the crowd grew, among those watching it was 33-year-old Naomi Pierre, who works at the police academy.

Pierre has two children who haven’t been able to go to school for a month, and she lamented the lack of food, medical care, electricity and security.

“Everyone’s walking up and down with their heart beating scared,” she said.

Earlier this week, Moïse announced the creation of a commission charged with finding a solution to end the worsening crisis, but opposition leaders have rejected his call for dialogue and unity. The opposition says it wants Moïse to step down as anger over corruption, rising inflation and lack of basic goods including fuel continue to roil Haiti.

Many also are calling for a more in-depth investigation following a report by Haiti’s Senate that accuses former top government officials from the administration of former president Michel Martelly of misusing at least $2 billion in funds tied to a Venezuelan subsidized oil program that were meant for social programs.

The report also names a company that Moïse once owned. Moïse, who was Martelly’s hand-picked successor, has denied the allegations.

One response to “Journalist Killed as Anti-Government Protests Rattle Haiti”