US Will Send Migrants to El Salvador, a Country That Can’t Protect Its Own People 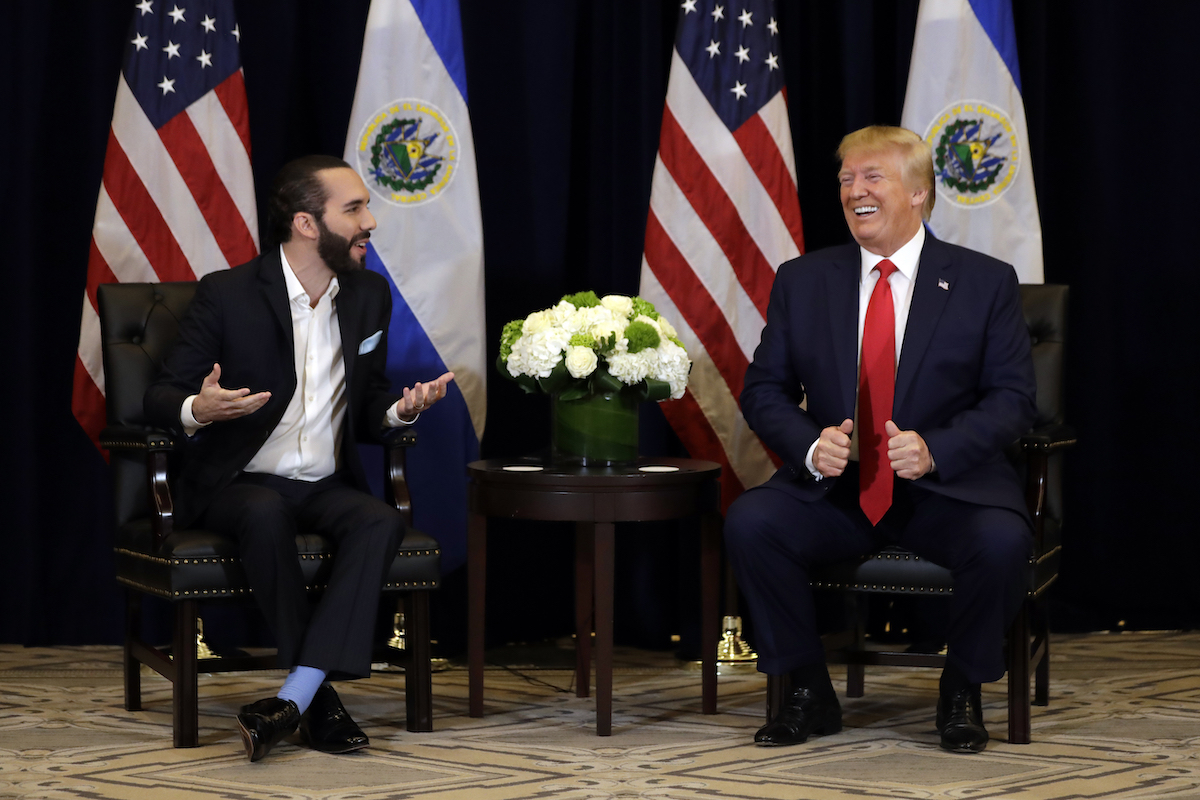 The Trump administration is continuing its efforts to keep Central American asylum seekers away from the United States’ border.

On September 20, the U.S. signed an agreement with El Salvador to accept asylum seekers sent out of the United States. U.S. officials have avoided specifics in discussing the deal and implied that only Salvadoran migrants would be sent to El Salvador.

The actual text of the agreement, however, is vague. It leaves open the possibility that asylum seekers who never set foot in El Salvador —for example, Guatemalan migrants who reach the U.S. via Mexico— could be sent there to wait out their U.S. asylum process.

The deal comes soon after similar agreements with Guatemala and Honduras. Those three Central American countries are the main sources of migration to the U.S..

None of these migration deals has yet gone into effect.

The suggestion that El Salvador can protect asylum seekers —people who say they were persecuted in their home countries for their race, religion, nationality, membership of a particular social group or political opinion— is misleading.

El Salvador may be relatively comfortable for wealthy Salvadorans, who frequently live in secured compounds, replete with razor wire fences and armed guards. But it is a very dangerous country for refugees of violence.

Roughly the size of New Jersey, El Salvador is densely populated and highly connected by cellphone service and social media. The vulnerable groups protected under international asylum law cannot easily go under the radar or relocate if targeted by gangs, corrupt police or domestic abusers.

Hundreds of Salvadorans are killed every month. In July, the country went a day without a murder, and it was headline news. Murders, disappearances and tortures almost always go unsolved in El Salvador. Criminals, especially those with access to power, are rarely punished for their wrongdoing.

I have documented this culture of impunity across Central America and Mexico, focusing on the indigenous people, women and political dissidents who are so often victims of political violence.

This violence dates back centuries, to Spain’s bloody conquest of the Americas. As in the U.S., colonial-era brutality has lasting impacts on the region’s race, class and gender divisions.

In 1932, the massacre of indigenous Salvadorans and leftists who rebelled against dictator Maximiliano Hernández Martínez left between 10,000 and 30,000 dead.

Communist Party member Farabundo Martí, who led Salvadoran peasant farmers in their revolt against political corruption and unjust resource allocation, was assassinated after the massacre. But the struggle continued.

By the 1970s, dissident factions had again organized against state oppression. United as the Farabundo Martí National Liberation Front, these groups eventually waged war on the ruling ARENA party, which they blamed for oppressing the Salvadoran working class.

The subsequent Salvadoran civil war killed 75,000 people. In 1992, with intensive military support from the United States, ARENA defeated the rebels.

The 1992 El Salvador peace accords, overseen by the United Nations, were meant to bring national reconciliation. A truth commission documented widespread human rights abuses committed by state and paramilitary forces during the war. But days after the report was released, in 1993, El Salvador’s ARENA-controlled congress passed an amnesty law that excused most government and military officials.

As a result, the root causes of El Salvador’s conflict —particularly, unequal access to insufficient resources— still plague society. So does the very weak rule of law that allowed civil war criminals to go unpunished.

Neither the rightist or leftist governments that have held power since have managed to change this.

El Salvador’s defense minister recently assessed that there are more gang members than soldiers in his country. The resulting dangerous disarray sent 46,800 residents to seek asylum in the U.S. last year.

Risking the unknown violence of migration rather than guaranteed violence at home is, for many Salvadorans, a logical decision.

President Nayib Bukele’s new centrist party, the Grand Alliance for National Unity, says combating crime and impunity is a priority for his administration.

Since Bukele took office in June 2019, murders in El Salvador are down. The president credits his tough-on-gangs policing with improving security in the country. 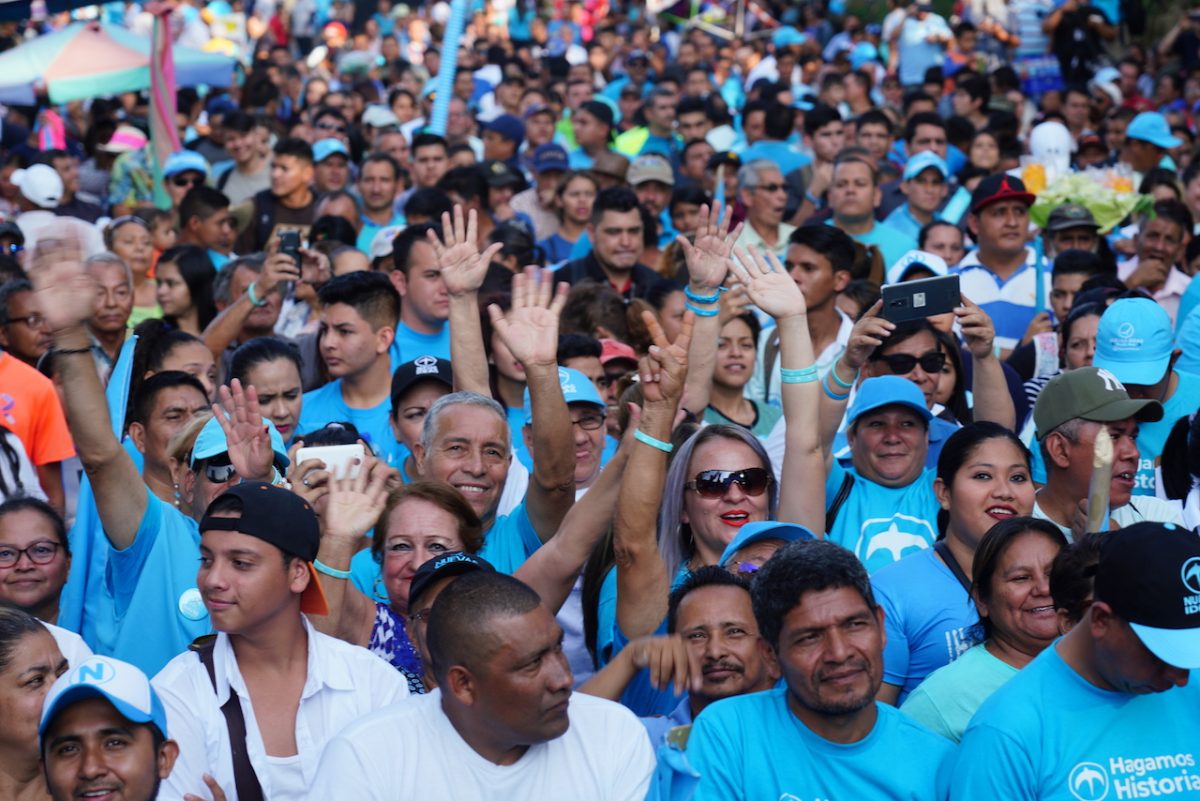 But some crime analysts say the apparent drop in homicides change is actually a manipulation of crime data. The government recently changed how it counts murders, eliminating deaths labeled asconfrontations with security forces —police killings— from the homicide category.

In any case, levels of violence in El Salvador are still among the world’s highest.

Police regularly turn a blind eye to violence by gang members, including both MS-13 and Barrio 18 gangs, either due to corruption or concern for their own safety. As a result, Salvadoran police frequently fail to meaningfully protect people from gang violence.

Often, officers themselves victimize Salvadorans, roughing up suspected gang members who may just be teenage boys hanging out on the street.

In these circumstances, sending migrants from the U.S.-Mexico border to El Salvador may violate an international law called “non-refoulement.”

According to the 1954 United Nations Convention on the Status of Refugees, which both the U.S. and El Salvador signed, states cannot expel refugees to a territory “where his life or freedom would be threatened.”

Migrants know El Salvador can’t protect them from the dangers they flee. Only about 50 people have applied for asylum there in recent years. El Salvador has just one asylum officer on staff, according to the Salvadoran investigative news site El Faro.

The future of the U.S.-El Salvador migration agreement is not assured, as the Salvadoran Congress has not yet approved the measure. But if it goes into effect, migrants seeking asylum in the U.S. may soon become collateral damage from this political deal.