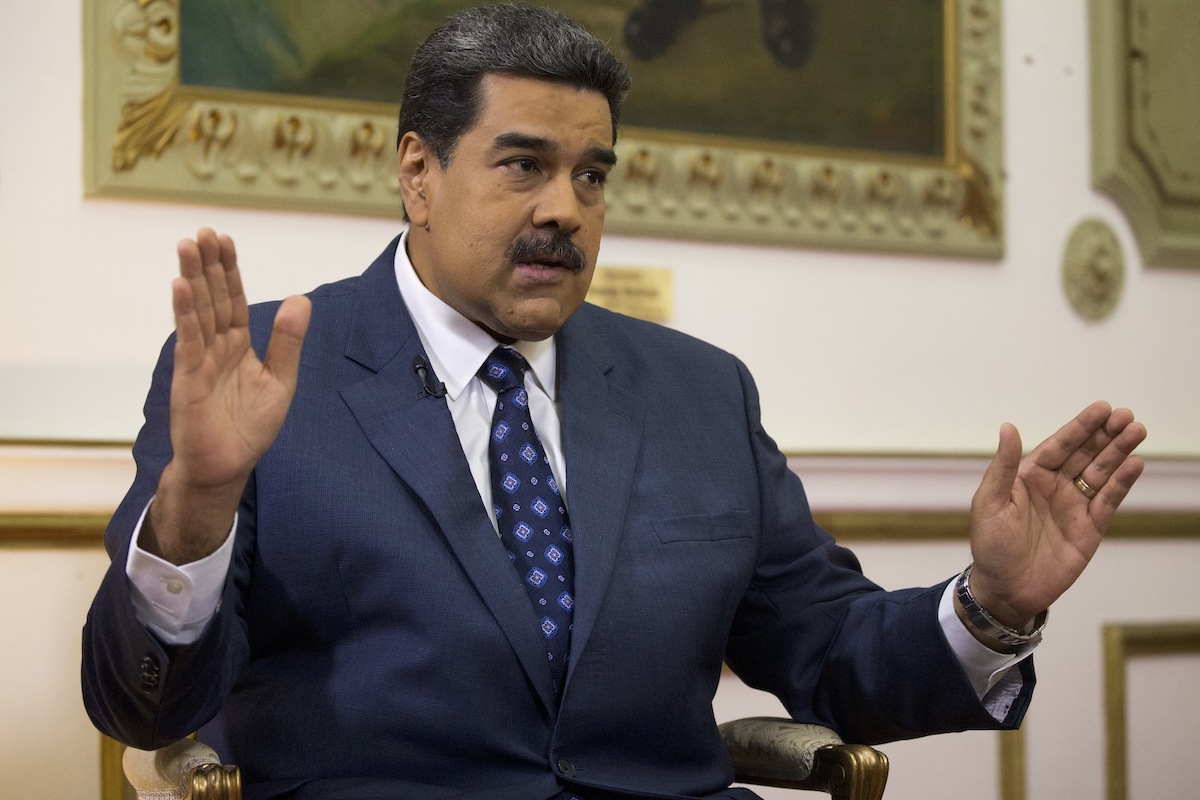 With a war scare on the Colombian border, dueling presidents in Caracas, and schemes to rescue a collapsing economy with cryptocurrency, the Venezuela crisis lurches forward even as the international community struggles to change the facts on the ground.

In the most recent escalation of regional pressure, a group of western hemisphere countries including the U.S., Canada and a host of South American and Caribbean states voted in September to implement coordinated sanctions against Venezuelan incumbent Nicolás Maduro under the Rio Treaty. These call for extraditing and freezing the assets of certain members of the Maduro regime suspected of criminal activities or human rights violations.

But this decades-old pact is unlikely to give these states the leverage to push Maduro from power.

The Rio Treaty —whose foundations were built during World War II and its immediate aftermath— is a clumsy instrument for promoting democracy. Officially called the Inter-American Treaty of Reciprocal Assistance, it was signed in September 1947 and has been in force since 1948. The pact has 19 member states, after the withdrawal of Mexico, Venezuela, Bolivia, Ecuador, and Nicaragua in recent years. Since the September vote, Uruguay —which was the only country to vote against the move to impose sanctions on Venezuela— also announced it would withdraw from the treaty, which it warned may open a path to armed intervention.

Though long-criticized as a U.S. imposition, the treaty emerged from a Latin American diplomatic victory to create space for regional organizations at a UN conference in 1945 in San Francisco.

Though the same immediate postwar years saw a relative flowering of democracy in Latin America, the Rio Treaty was not envisioned as an instrument for advancing democracy. The eventual text consigned democracy to its non-binding preamble. However, early discussions for the Rio Treaty considered the protection and promotion of democracy much more explicitly.

The most important related regional debate occurred in late 1945 and early 1946 over the so-called “Larreta Doctrine,” which we’ve explored in a new research paper. This Uruguayan proposal and the debate around it offer insights into the Rio Treaty’s limitations for promoting democracy and, more importantly, grounds for new thinking about how to address democratic erosion in the Americas.

The proposal, launched by Uruguayan foreign minister Eduardo Rodríguez Larreta, had three key elements. First, Rodríguez Larreta insisted democracy and the protection of rights must be considered together. The erosion of either was a concern to neighbors because it threatened the American community, fostered aggressive governments and produced negative spillovers.

Second, where popular sovereignty reigned, governments should commit, in advance, to protect fragile democracies. This also included “locking in” one’s own successors in a web of domestic and regional commitments. The Larreta Doctrine would create regional mechanisms to take collective action to restore rights—though the Uruguayan insisted that military intervention was not the goal.

The third aspect of the proposal was crucial: the U.S. must work through the regional system and do without unilateral diplomatic and military reprisals. Rodríguez Larreta was not blind to power disparities. He understood the U.S. needed to be both engaged and restrained for the system to work.

The willingness of many Latin American states to consider this plan —despite fears it opened the door to U.S. interventionism— was one of the fruits of U.S. president Franklin Roosevelt’s “Good Neighbor Policy.” However, trust was not deep enough, nor was democratic governance broad enough and the majority of Latin American states rejected the proposal.

The Specter of Interventionism

Alongside the failure of the Larreta Doctrine, the U.S. commitment to nonintervention faltered and space for democracy in the region contracted in the late 1940s. The Rio Treaty emerged with the vestiges of wartime co-operation, but it also showed the effect of this shrinking international and domestic political space. The treaty’s signatories made no commitment to democracy, frustrating Rodríguez Larreta’s hopes.

That history suggests why the Rio Treaty is a poor instrument to deal with democratic erosion in the hemisphere—its founding moment rejected that purpose. The application today to one crisis in Venezuela while ignoring the others budding in Latin America echoes the shrinking space and returning interventionism of 1947. The trust that existed was further ruptured by U.S. Cold War interventionism in Guatemala, Cuba, the Dominican Republic, Chile and Nicaragua, among others.

Today, U.S.-led policy in the region faces similar problems. Trust has been undermined by Trump’s anti-immigrant policies at home —widely covered in Latin America— and his attacks on commercial and diplomatic relationships. Concern for democracy and rights also seems reserved for ideological foes, while U.S. allies in Honduras and Guatemala are given a pass.

Likewise, Trump’s view has been too focused on threats of force from the start. Nothing fragments consensus in the Americas like the possibility of U.S. military intervention. Though few saw Trump’s threats as credible, they gave ammunition to the Venezuelan government and risked fracturing opposition consensus within Venezuela and internationally.

For the region as a whole, the response to Venezuela has been too late in coalescing. As long as ideology and oil revenues made Venezuela an attractive partner, many throughout the region turned a blind eye to a long trend toward concentration of power in the country, through the suspension of the legislature and the violent suppression of protests. Opportunities to act collectively through less coercive means were lost.

The history of the Rio Treaty (and the exclusion of the Larreta Doctrine and democracy from that pact) illustrates the limits that regional policy faces today. They also suggest the need for a very different approach, built on regional consensus, clear commitments and multilateral procedures, and credible great power restraint.