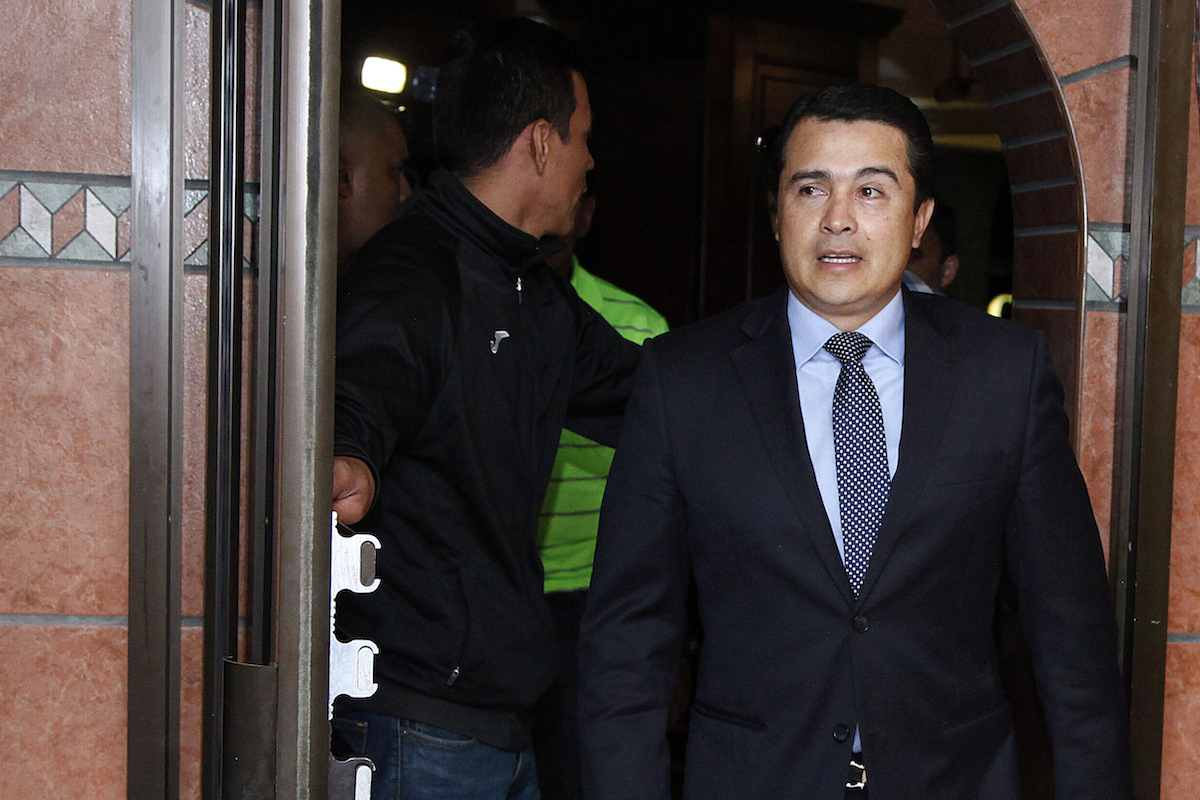 Juan Antonio “Tony” Hernández, a former Honduran congressman, was stoic as the verdict was announced before noon by a jury that deliberated over parts of two days. He was convicted of drug conspiracy, weapons charges and of lying to the Drug Enforcement Administration.

The two-week trial put a spotlight on the lucrative drug trade between the United States and Honduras, where thousands of migrants have fled toward the U.S. border with Mexico.

U.S. prosecutors say the drug conspiracy was protected by the Central American country’s government. The trial featured testimony that convicted Mexican drug lord Joaquín “El Chapo” Guzmán aided the conspiracy by giving $1 million in bribes to Antonio Hernández to pass along to his brother.

Defense lawyer Michael Tein had argued that prosecutors had insufficient evidence and that five turncoat witnesses who admitted to dozens of killings were “liars, losers and murderers.”

The Honduran president was not charged in the case but was labeled a co-conspirator. The president tweeted during the trial that the prosecution’s allegations were “100% false, absurd and ridiculous.”

In a closing argument Wednesday, Assistant U.S. Attorney Emil Bove said the drug conspiracy was already over six years old in 2010 when Antonio Hernández and his associates gained control of the government to protect drug traffickers aligned with the nation’s National Party.

“That is state-sponsored drug trafficking. And with that level of power and control the defendant was virtually untouchable,” he said. “The results of that are astonishing.”

“Beginning in 2010 the defendant worked on massive cocaine shipments sent to the United States on a monthly basis. The president of Honduras deployed the military to the border with Guatemala to protect the defendant’s drug turf. The defendant used the National Police to murder one of his drug rivals. And the ring leader in that murder was later promoted to become the chief of the entire police force,” Bove said.

Meanwhile, the prosecutor said, Guzmán was able to travel to Honduras in 2013 twice despite being one of the most wanted people in the world.

“And during the second meeting he handed the defendant a million dollars in cash, drug money, to help the defendant’s brother, Juan Orlando, get elected president so he could keep protecting them,” the prosecutor said.

Juan Orlando Hernández was re-elected in 2017 despite a constitutional ban on re-election. Last month, Honduras signed an agreement over how to handle asylum seekers with the U.S. government.