Return of Peronism (and Cristina) Raise Hopes in Argentina

Susana Ordoñez’s grandchildren Paul, right, and Gian, stand in a corridor of a building where they live, in Buenos Aires, Argentina, Tuesday, Oct. 29, 2019.

BUENOS AIRES, Argentina (AP) — Homemaker and activist Susana Ordoñez cries as she recounts all that she suffered during Argentina’s worst economic crisis in recent years: No money for milk or yogurt for her grandchildren, fears of eviction and the stress of sky-high inflation on her slim pocketbook.

But hope —and expectations— peaked through the tears as she spoke of Sunday’s victory by the populist Peronist ticket of Alberto Fernández and his vice presidential running mate, former President Cristina Fernández, who governed Argentina from 2007 and 2015, a time when leftist governments held sway in South America.

Ordoñez, who at 47 has seven grandchildren and is a member of the Excluded Workers Movement, hopes the next president will improve her economic situation and reverse the diet of austerity dished up by outgoing conservative President Mauricio Macri. But she has even higher hopes in the expected incoming vice president, whose eight years in office she remembers as a time when her family ate “meat, milk and fruit.”

Cristina Fernández “is very capable and I think she is going to influence him and correct what she could not do before,” Ordoñez said, repeating a common belief that Argentina’s former president would be the power behind the incoming president’s throne. 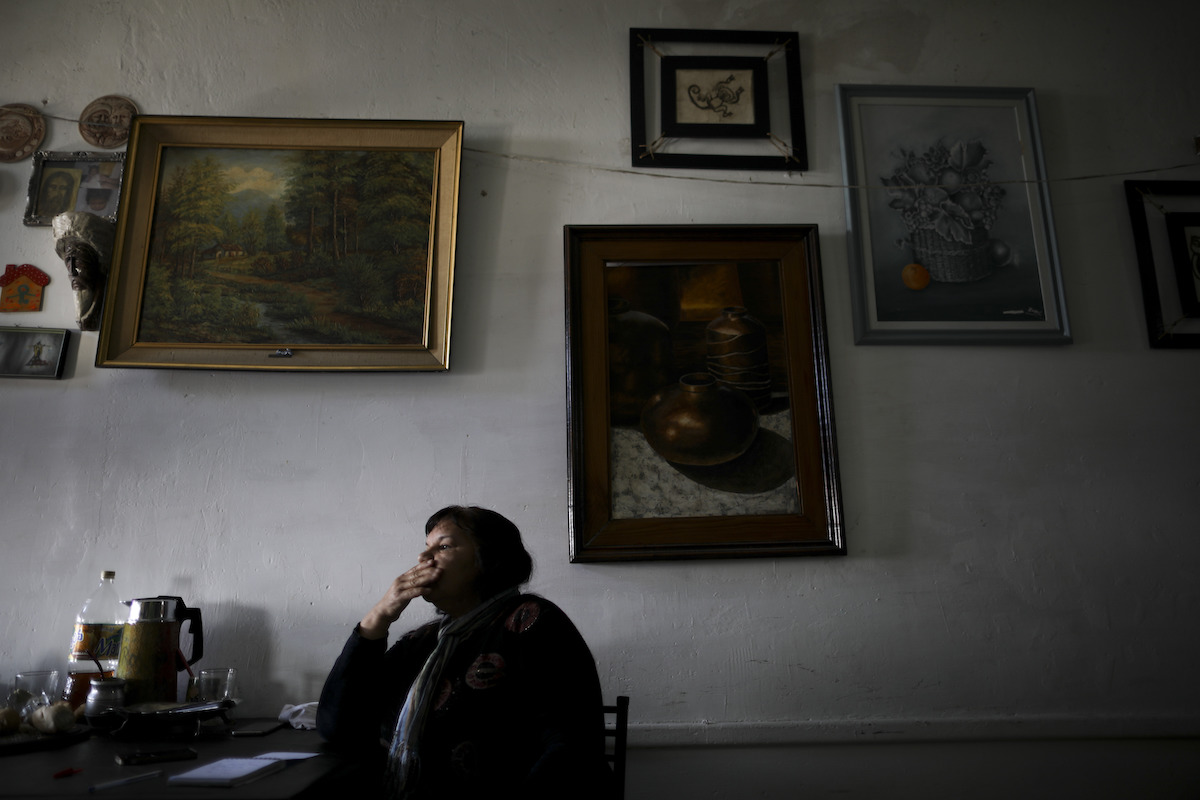 While the return of the Peronist center-left rattled financial markets in Argentina, it has created expectations among segments of the polarized country’s poor, low-wage workers and excluded groups of better times ahead as the populist Fernándezes roll back the austerity measures imposed by Macri. The reforms have caused utility prices to soar and poverty to deepen, while failing to generate the economic turnaround that Macri had promised.

Macri, who took office vowing to eliminate poverty, is credited with returning Argentina to global credit markets for the first time since its worst economic crisis in 2001-2002.

But as his term ends, the World Bank is forecasting the economy will contract 3.1% this year. And more than a third of the country is poor, unemployment stands at 10.6%, and inflation is expected to hit 55% this year. The deepening crisis forced him to seek a record $56 billion bailout loan from the International Monetary Fund. The unpopular move brought back bad memories for Argentines who blame the IMF for encouraging policies that led to the country’s economic collapse nearly two decades ago.

The conservative president pleaded with voters for patience as his reforms took effect, saying he was still working to fix the damaged caused by Cristina Fernández’s government, but his pleas fell on largely deaf ears and he was defeated by the Peronist ticket by a 48.1% to 40.4% margin.

Ordoñez bristles at what she calls Macri’s “unfulfilled promises.”

“What happened to me was crying; for the suffering and for the insensitivity of a person who lied to us so much,” she said.

She lives with her partner and grandchildren in a precarious building in Buenos Aires inhabited by 100 families who are at risk of being evicted. For years, residents have demanded they be allowed to continue living in what was once a factory. They occupied the building in 2004 during a housing crisis.

Ordoñez, who is unemployed, together with her partner manages to scrape together roughly $346 a month, which doesn’t even manage to cover their basic food needs. A sign hangs on the facade of their buildings saying “No More Evictions!”

“I don’t know what the future holds, but I hope it is better,” said Ordoñez, who participated in anti-austerity protests before the election. “If not, we are going to demand it; we are hitting the streets.”

Peruvian Victoria Narciso Victorio, 67, lives in the same building. She came to Argentina two decades ago. 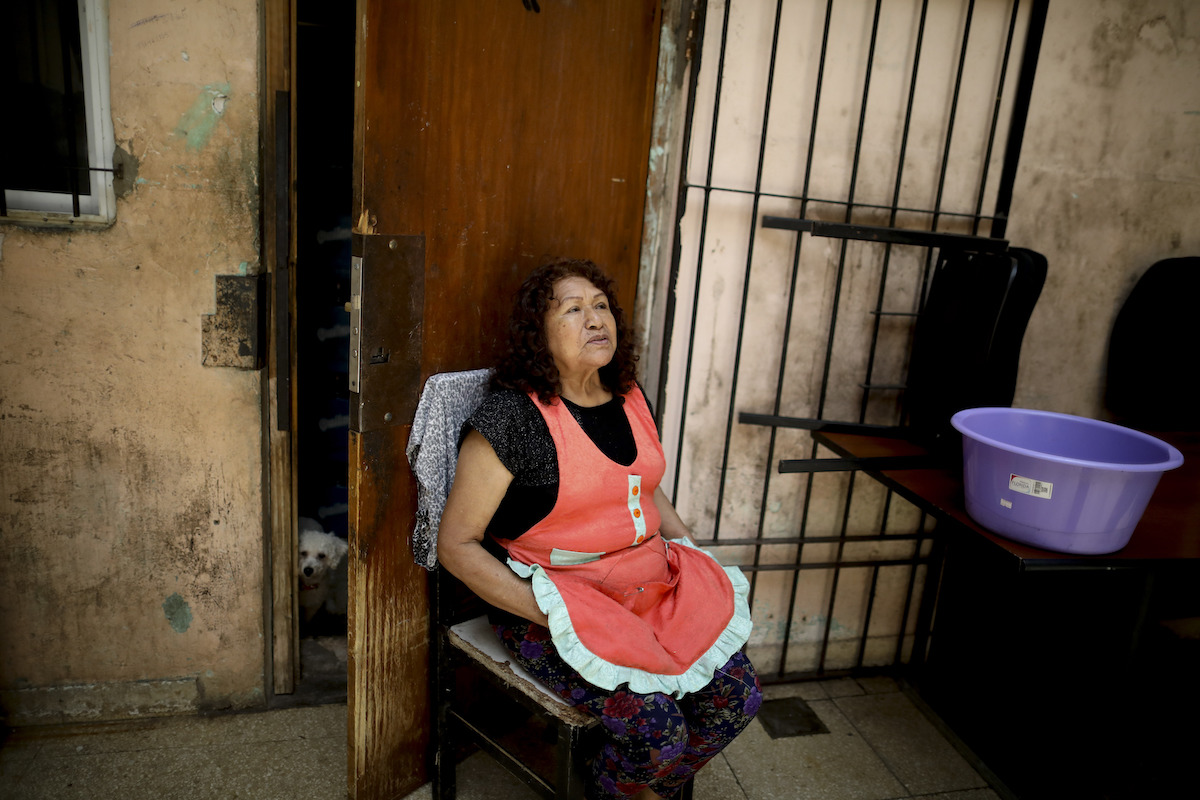 “I am content and happy, and hopefully Alberto and Cristina, who we all wanted, will change the lives of elderly people, children and teens for the better,” Narciso Victorio said.

Although Macri and Alberto Fernández, who takes office Dec. 10, agreed to work for an orderly transition in Argentina, investors remain anxious about the return of populism.

Some worry that the Peronist victory would scare off investors and revive the interventionist policies that choked the economy with restrictions on imports, exports and foreign currency exchanges during Cristina Fernández’s rule.

When Alberto Fernández topped party primaries in August, stocks plummeted and the peso depreciated. Argentina Central Bank president Guido Sandleris said that since then, Argentina has spent about $22 billion to guard the peso. He also promised Monday to protect the bank’s foreign reserves. And immediately after Sunday’s election results came in, the Central Bank announced it would sharply limit the amount of dollars that people can buy: to $200 a month from a previous $10,000 a month, until December.

Analysts have expressed doubts, however, that the incoming Fernández government will be able to return to the populist policies of the past because of financial limitations and the state of the economy.

At an event in the country’s north on Monday, Alberto Fernández said that “Argentina is today a country with many problems” and faces “a complex scenario.”

“Society can’t feel dignified if there are people going hungry,” he said. “We are going to roll up our sleeves to work so that nobody else goes hungry.”