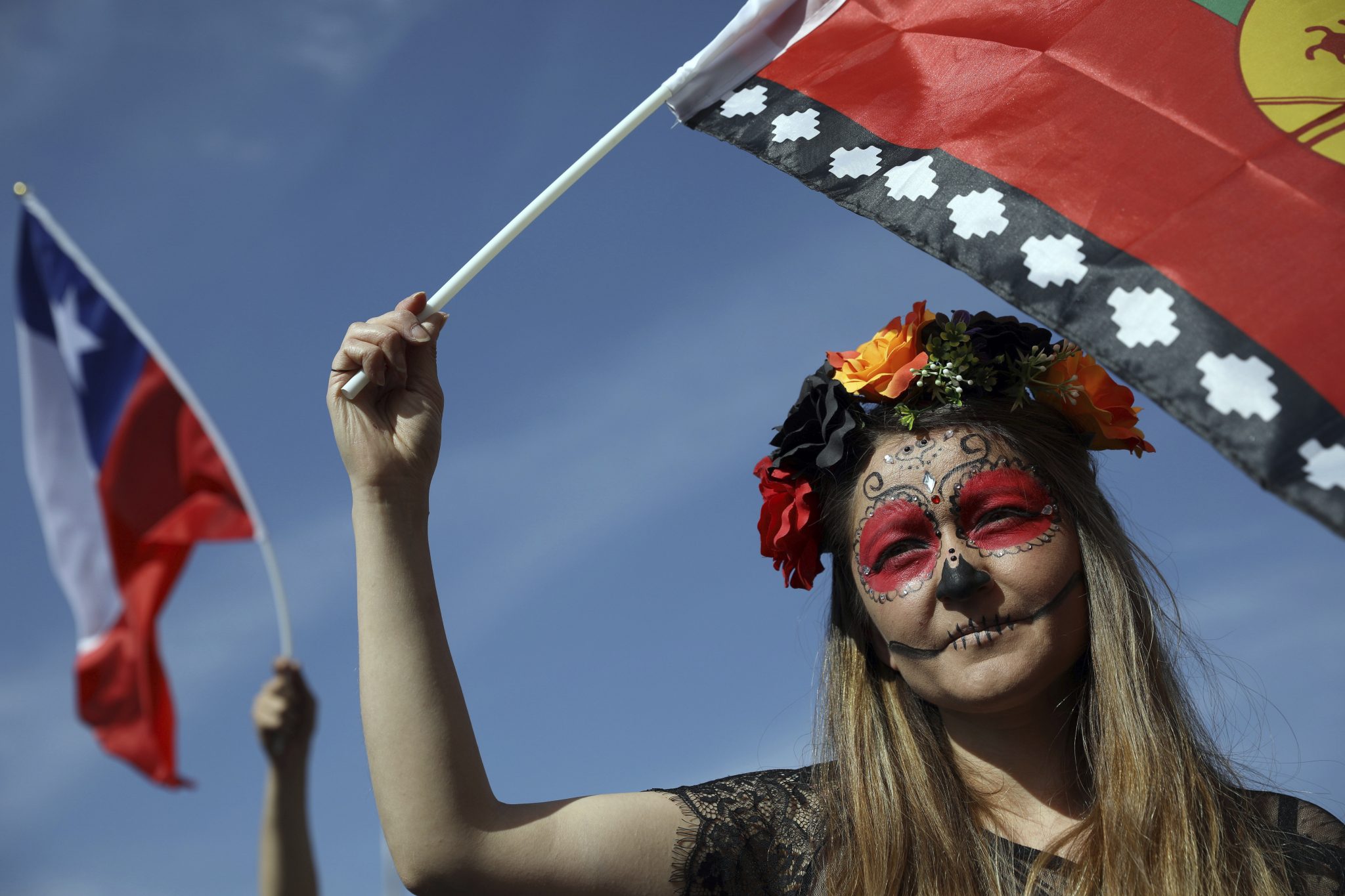 SANTIAGO, Chile (AP) — Thousands of young Chileans marched Thursday to demand improved social services as government and opposition leaders debated the response to nearly two weeks of protests that have paralyzed much of the capital and forced the cancellation of two major international summits.

Despite some vandalism and confrontations with police, the march on the presidential palace was mostly peaceful by Thursday evening, the first day of a four-day holiday weekend in Chile. While there were several thousand people on the street, some said the massive waves of protests of the last two weeks appeared to be at least temporarily flagging.

“I think there’s a fatigue factor. People are now more than 10 days into coming to protest every day, most from the outskirts of Santiago,” said José Solís, a psychology student.

In a meeting earlier in the day, President Sebastián Piñera’s finance and interior ministers proposed changes to special business tax breaks. Opposition leaders called that insufficient, echoing many protesters’ demands for a new constitution to replace the 1980 charter that was written under military dictatorship and allows many social services and natural resources to be wholly or partially privatized. 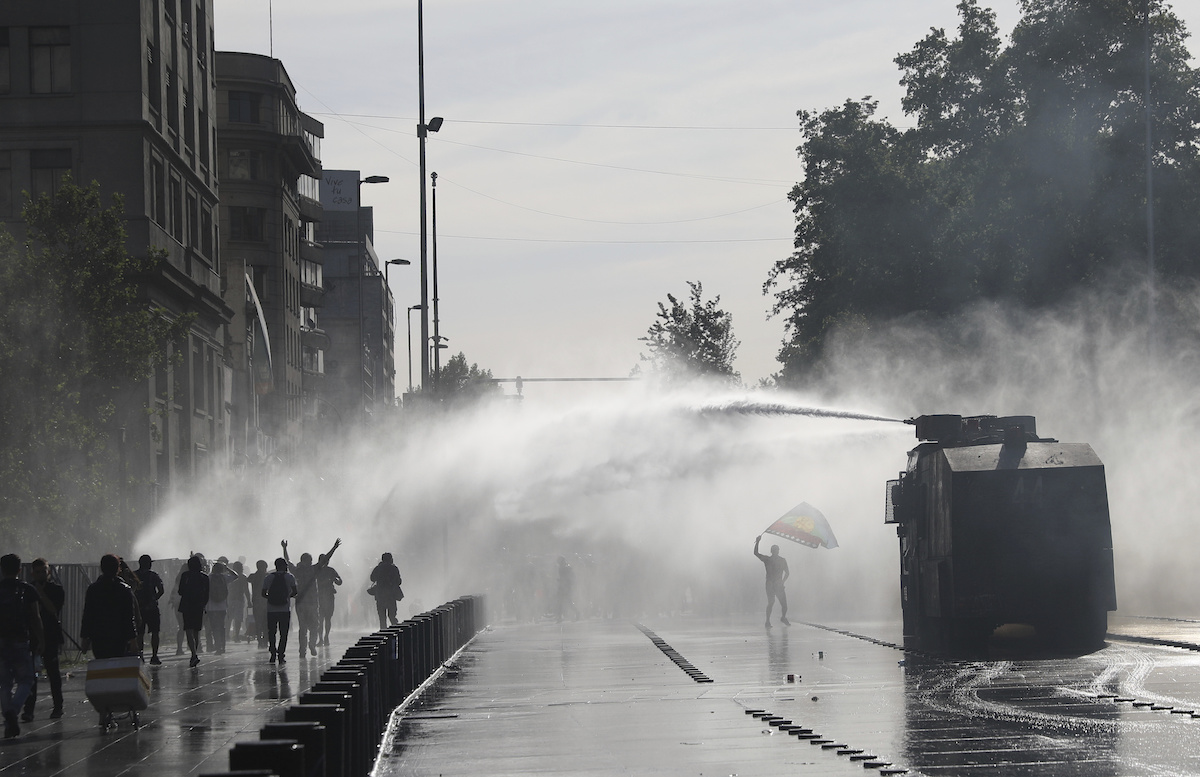 Demonstrators are sprayed by a police water cannon during an anti-government protest in Santiago, Chile, Thursday, Oct. 31, 2019. (AP Photo/Rodrigo Abd)

A proposed hike in subway fares this month set off the 14 days of protests that morphed into a call for deep-rooted changes. While most demonstrators were peaceful, groups of youths protesting alongside them launched attacks on businesses and infrastructure. Clashes with police and soldiers and arson fires of businesses left 20 people dead and hundreds injured.

There were hundreds of million of dollars more in damages to small and medium-sized businesses, and the government said Thursday that it was weighing tax relief and other measures to help them.

Some observers say disenchantment at the violence among ordinary Chileans has caused many to stop attending the protests.

“I haven’t been able to open my business because I’m worried they’ll loot it,” said Natalia Reyes, a 48-year-old newspaper vendor. “I’m afraid of what’s happening in the street. I need to open because I need to eat.” 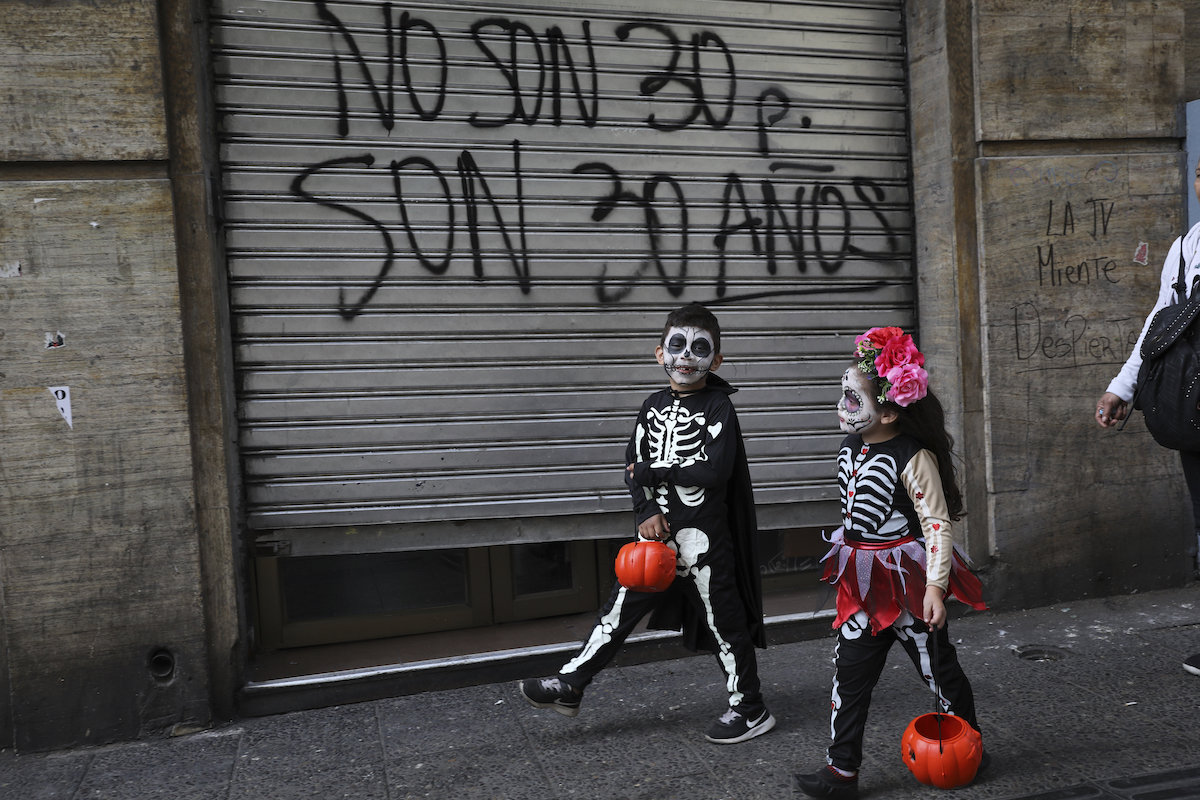 Children dressed in Halloween costumes walk next to a store shutter with graffiti that reads in Spanish “It’s not 30 pesos. It’s 30 years” after weeks of anti-government protests in Santiago, Chile, Thursday, Oct. 31, 2019. (AP Photo/Rodrigo Abd)

Piñera said Wednesday that he was canceling the Asia-Pacific Economic Cooperation and U.N. global climate gatherings, which were planned for November and December, due to the chaos unleashed by the protests.