The Fallacy of Language 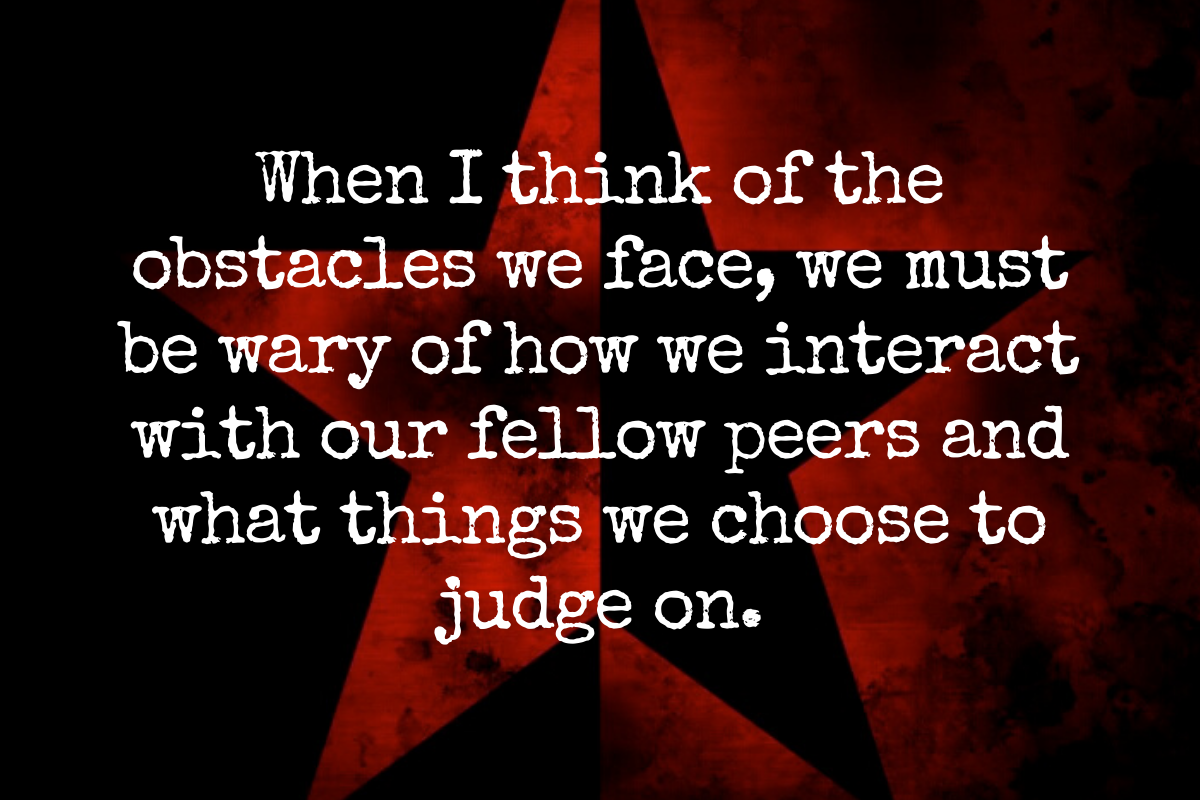 Language is an intuitive invention when you think about it. Our ancestors formulated a series of sounds to articulate ideas and then agreed that it made sense. As language evolved and tribes migrated, unique dialects formed. For some, it’s a core component of their culture, expressed vividly and proudly to all others.

Not fluent in Spanish, this becomes an immediate issue for my fellow peers, followed by deep questioning, and almost a sense of shock.

“How come you don’t know Spanish?”

“Are you not a real Mexican?”

Oh, how those words still echo with a sting of anger each time I hear them.

So how did this come to be? Given her life’s lessons growing up in rural south Texas in the 50s, my mother taught all her children —including me— English as a first language so we could acclimate to the school system. It wasn’t a matter of denying being either Mexican or American, as we were proud of both, but she did not want us to struggle in school as she did. It was a matter of conformity.

For me this brought some unique challenges, especially as I entered middle and high school. I was mocked and picked on by my fellow Latinx peers for not speaking the language. A subtle jabbing insult would be shared, and then the conversation would switch to Spanish, not knowing if they were mocking me or just carrying on regular conversation.

Isolation is painful and seeing at this point in my life, most of my siblings and family were either in prison, far away, or untrustworthy (with notable exception to my mother, stepfather, and older sister), this mockery pushed me to embrace a new family of young men going through similar issues. What started out as a brotherhood to watch each other’s backs and enjoy some good times, turned into robbing folks, selling dope, and a list of other grievous acts. Quite the transition from what was to that point a pretty innocent life. By the grace of God, sheer luck, or universal energies (pick your belief), I made it out, heading directly to college about a week after I left.

Seeing how this little episode in my life stemmed from the pride of language, I feel we must ask what does language really mean, and is it really OUR language? Its introduction to America is a history marked in blood, slavery, disease, and the utter abuse and obliteration of indigenous people. Being Latinx, I personally struggle with this when trying to identify with my roots.

On one side, Spanish is a part of my culture, not just the language but the conquerors who set their flag in the soil. Considering that Spanish was the first European language spoken in what it now known as the United States, there is a small sense of pride that comes with that, especially when considering today’s hectic immigration debate. Yet it is a language marked in pain, and given English is also a language that has been imposed on our culture, where does all this fit into place? I know we cannot always hold everything done in older times to today’s moral lens, but how do we take the history of these acts into context?

When I think of the obstacles we face, we must be wary of how we interact with our fellow peers and what things we choose to judge on. Is language really an element of pride worthy enough to use to beat others over the head with and repeat subtle versions of the very oppression enacted upon our ancestors?

Given the vast challenges that Latinx and other communities of color face, we must be willing to check ourselves to make sure we are not issuing same oppression we claim we want to eliminate. We must understand the history of what we are celebrating, and the impact seemingly innocent mocking can bring. It is usually first step in sending someone down the wrong path, and not everyone will get a second chance like I did.