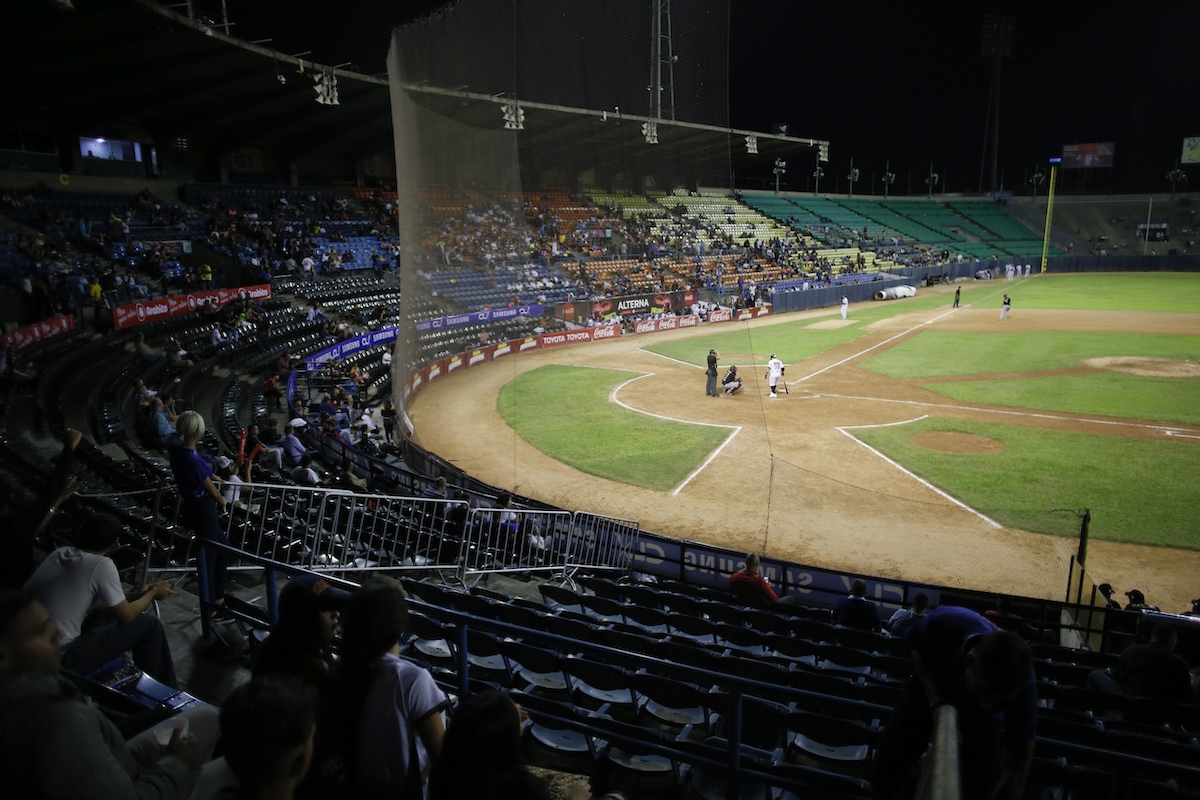 CARACAS, Venezuela (AP) — María Graciela Briceño and her two best friends squeezed into their seats behind home plate at the baseball stadium in Venezuela’s capital, knowing this season’s opening game wouldn’t measure up to past years.

A deepening crisis has left her nation in shambles, and a recent curve ball from the Trump administration prevented big league players in Major League Baseball from taking the field, stripping away star power that fans have come to expect over decades.

Briceño, a 30-year-old makeup artist, said little would keep her from the stadium.

“I knew it wouldn’t be a season like we’re used to,” she said. “I still love baseball, I’m still in Venezuela and there’s no way you can keep me from coming here—even in the worst of conditions.”

Venezuela’s beloved Winter League baseball season opened Tuesday with hundreds of cheering fans converging on the stadium in Caracas and elsewhere throughout the South American nation. The tough economic times have also shortened the season by a third of its games, and it started weeks late.

In Venezuela, however, local baseball remains a passion. For a few hours, it’s an oasis for people feeling overwhelmed by life. It’s a safe place to drink beer, hurl insults at players and blow off steam.

It’s also reserved for the fortunate few. The luxury of a night of fun for a couple at the stadium buying tickets, beer and hotdogs easily costs $15—or about double the minimum wage that most Venezuelans earn each month.

This season came at the end of a tumultuous year for Venezuelans. Massive street protests erupted behind opposition leader Juan Guaidó, who vowed to overthrow President Nicolás Maduro. Guaidó appealed in vain for a military uprising, leading to clashes between protesters and security forces. A massive electrical failure in March left most of the nation without lights and water for days. Venezuela’s crisis has no end in sight.

The opening of the Venezuelan Professional Baseball League, however, brought a measure of relief. In Caracas, the hometown Lions hosted the Tigers from the state of Aragua. Despite a noticeable number of empty seats, action on the field didn’t disappoint. The Tigers beat the Lions of Caracas 6-3. 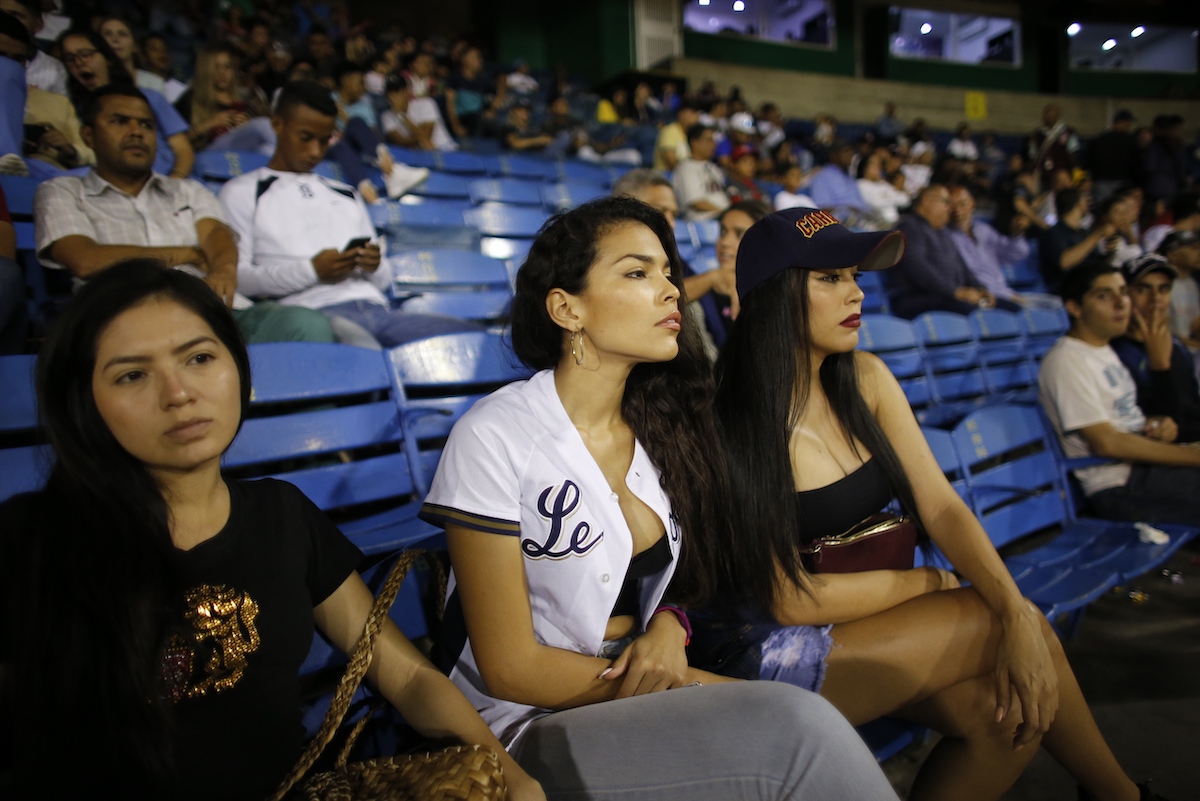 “We are the best fans in the world,” said Jesés Lezama, a 100-year-old fan honored on the field before the first pitch for his years of dedication. Then, the players trotted onto the field to blasting salsa music.

The Winter League is one that many major league players use to hone their skills in the offseason, and baseball is part of Venezuela’s national fabric.

The absence of big leaguers stemmed from broad sanctions by the White House aiming to force Maduro from power. The financial measures ban U.S. individuals and companies from dealing with Maduro’s government, such as the state-run oil firm PDVSA, which until recently sponsored the Venezuelan baseball league. Taking heed, the MLB told its players not to take the field in Venezuela.

Giuseppe Palmisano, president of the Venezuelan Professional Baseball League, spent opening day far away in Miami trying to work a deal with the MLB and the U.S. government, attempting to rescue the season. He said the Venezuelan league had dropped its PDVSA sponsorship, leaning more on private companies that have long sponsored the league, like Coke, Toyota and the Venezuelan food and beer giant Polar.

Palmisano said he was hopeful circumstances would soon change so the MLB players would be able to play later in the season. MLB, however, says it’s still waiting for the U.S. to weigh in and clarify its position—which it hasn’t yet done.

Until then, players under contract in the U.S. won’t take the field, even if they’re Venezuelan.

“Yes, we are aware that the game’s glitziness won’t be the same,” Palmisano told The Associated Press. 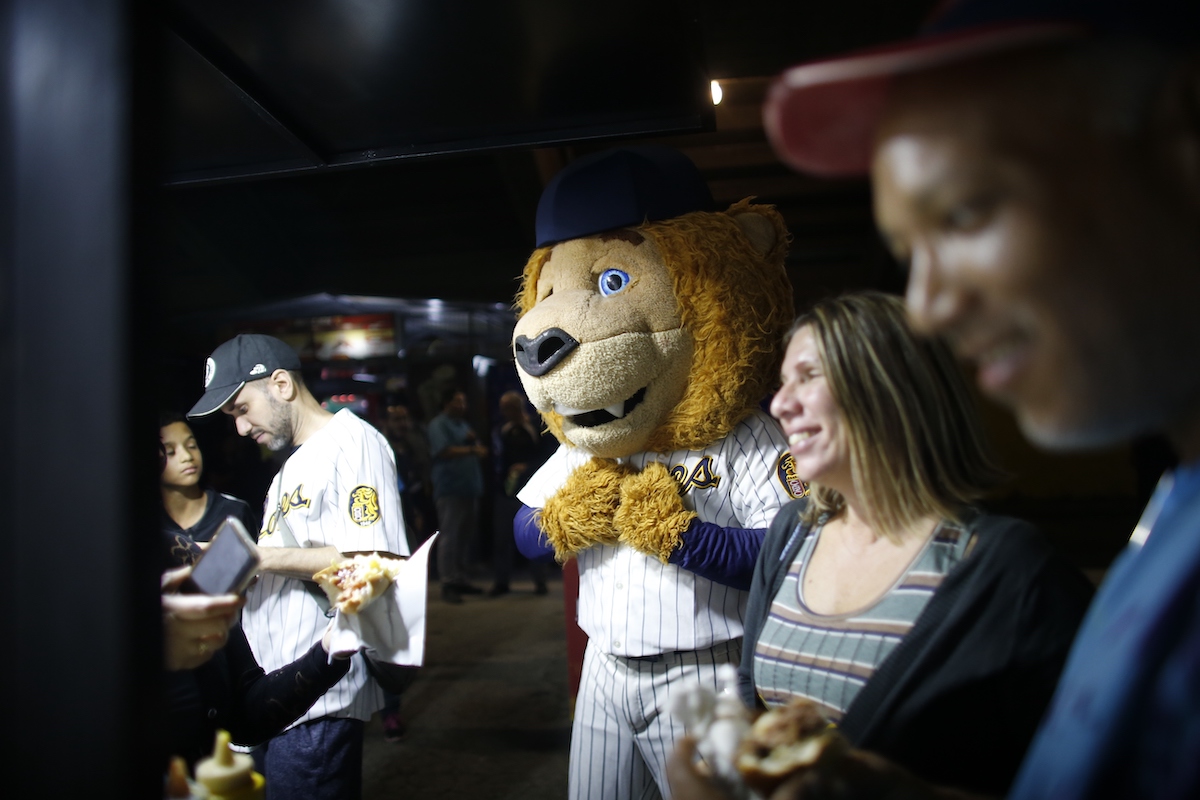 International wrangling faded into the background under the glaring lights of Caracas’ stadium. Fans dressed in their teams’ jerseys heckled players on the opposing team and cheered dramatic plays. Between innings they dove over each other for free T-shirts blasted from air guns into the grandstands.

Yadir Drake, a 29-year-old Cuban national playing outfield for the Tigers, said games in Venezuela without athletes tied to MLB contracts will bring more raw and tough baseball, making the games more entertaining for the fans.

He is one of several dozen foreigners in Venezuela’s league, most from the Dominican Republic. Drake said that when he and the other players step onto the diamond, politics is the last thing on their minds, especially when fans start shouting.

“You know that the fans are going to call you out, and that’s one of the many things that help you,” he said. “It encourages you to continue playing baseball and play it aggressively.”