Supreme Court Weighs Whether Mexican Family Can Sue in US 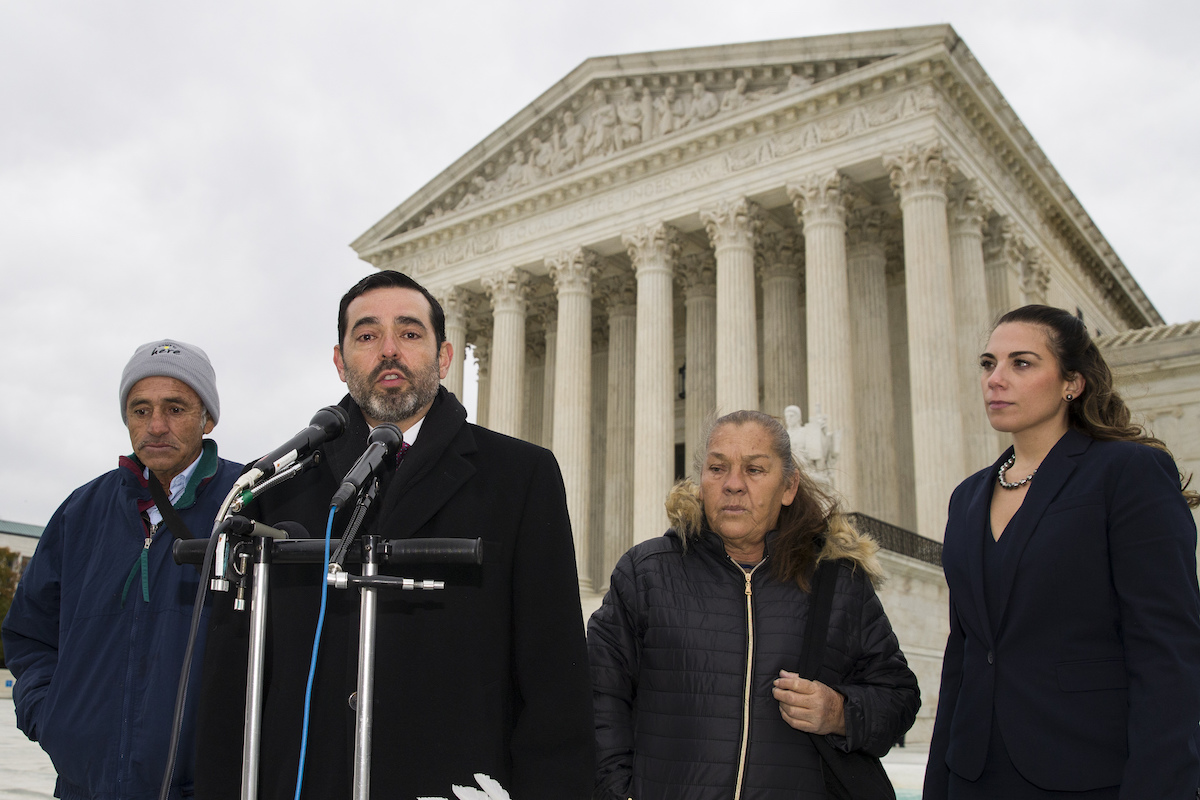 WASHINGTON (AP) — The Supreme Court’s left-leaning justices on Tuesday appeared willing to allow a lawsuit filed by the parents of a Mexican teenager shot over the border by an American agent, but their case will depend on whether they can persuade a conservative colleague to join them.

The high court heard arguments in a 2010 case where Border Patrol Agent Jesús Mesa Jr. fired into Mexico, striking and killing Sergio Adrián Hernández Güereca. The case centered on whether the family could sue the agent in an American court for violating their son’s rights.

The unarmed 15-year-old was playing a game with friends on a June evening, running through a culvert and over the border, touching it, and running back.

Mesa rode up on a bicycle, took Sergio’s friend into custody, then fired across the border, killing Sergio with a gunshot wound to the face.

U.S. officials chose not to prosecute Mesa, and the Obama administration refused a request to extradite him so that he could face criminal charges in Mexico. When the parents of the boy tried to sue Mesa, federal judges dismissed their claims.

The case tests a long-held doctrine, known as a Bivens action, where plaintiffs may sue federal officials for breaking constitutional law. Over the years, the courts have made it harder to bring claims.

On Tuesday, lawyers for Mesa and the government argued that allowing the case to go forward could affect foreign policy between the U.S. and Mexico and have a chilling effect on other agents who could be afraid to do their jobs.

Justice Sonia Sotomayor disputed the argument, saying that agents should not “shoot indiscriminately at children.”

“It involves a U.S. defendant on U.S. soil pulling the trigger and violating U.S. law,” she said.

Conservatives hold a 5-4 majority on the court.

Sergio’s shooting was not the only shooting. Parents of a teenager killed in Nogales, Mexico, from gunshots fired across the border by a U.S. agent have filed a civil rights lawsuit that is being delayed until the Supreme Court rules.

Also on Tuesday, justices heard arguments on the fate of the Obama-era policy that gave a path to citizenship for thousands of children who arrived with their parents.