Asylum Seekers Get Attorney Access Before Return to Mexico 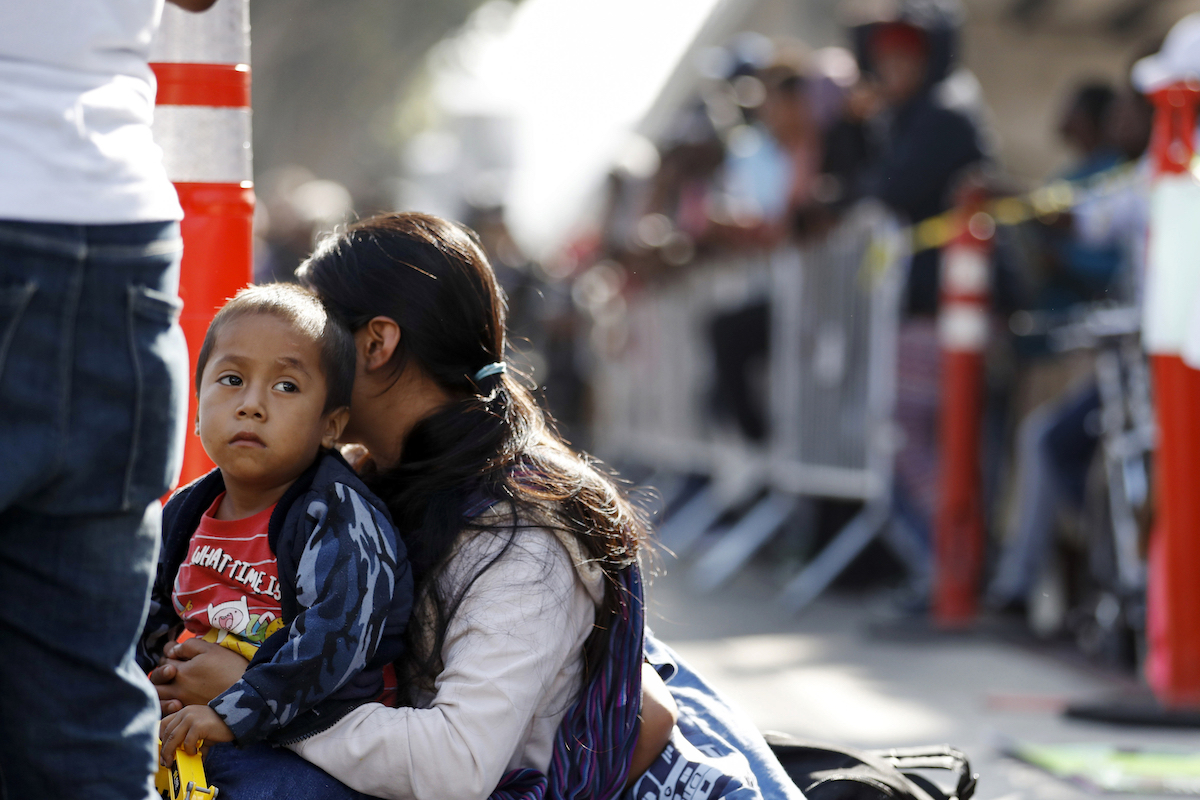 In this July 16, 2019 file photo, a woman sits with her sons as they wait to apply for asylum in the United States along the border in Tijuana, Mexico. A federal judge says a Guatemalan family cannot be returned to Mexico to wait for their next hearing in U.S. immigration court without being allowed to consult an attorney. The ruling challenges a key part of a Trump administration policy that has resulted in more than 55,000 asylum seekers being returned to Mexico to wait. The judge scheduled a hearing Dec. 13 to consider whether his temporary restraining order should apply throughout California. (AP Photo/Gregory Bull, File)

SAN DIEGO (AP) — A federal judge has ruled that a Guatemalan family seeking asylum in the United States must be granted attorney access before being forced to wait in Mexico as their case winds through U.S. immigration court.

District Judge Dana Sabraw’s temporary restraining order may have far-reaching consequences if applied more widely to a key Trump administration policy to address a surge of asylum-seekers arriving at the U.S. border with Mexico. The judge scheduled a hearing Dec. 13 on whether the ruling should apply to all asylum-seekers returned to Mexico through California to wait for their next court appearance.

The U.S. Homeland Security Department sent back more than 55,000 people through California and Texas to wait in Mexico in the nine months after the policy was introduced in January. Last month, it published a report that called the policy “an indispensable tool in addressing the ongoing crisis at the southern border and restoring integrity to the immigration system.”

The Justice Department declined to comment on Sabraw’s ruling, issued late Tuesday. The judge said the family must have access to their attorney before and during an interview with U.S. authorities to determine if Mexico is safe enough for them to wait.

Lawsuits challenging the policy say it denies fair treatment to asylum-seekers and exposes them to extremely violent conditions in Mexican border cities. Critics have highlighted recent cases of asylum-seekers sent back to Mexico with nonexistent court dates — an issue they say may be addressed through more attorney access.

The Associated Press has heard from attorneys who say U.S. has returned 11 clients to Mexico with court dates that don’t exist. A woman from El Salvador whose case was closed Oct. 30 said she told authorities that she feared living in Mexico because she was kidnapped into prostitution and, on another occasion, savagely beaten. 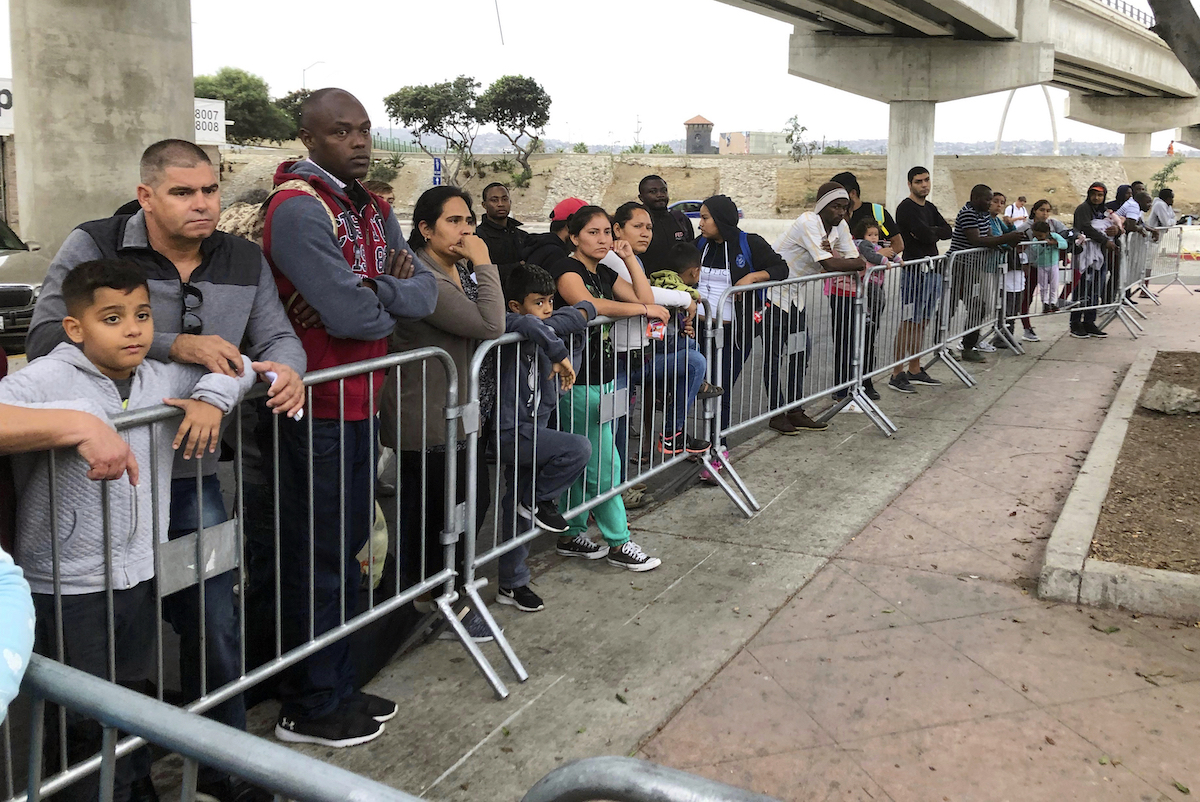 In this Sept. 26, 2019 file photo, asylum seekers, in Tijuana, Mexico, listen to names being called from a waiting list to claim asylum at a border crossing in San Diego. (AP Photo/Elliot Spagat, File)

U.S. Customs and Border Protection officials declined to comment on individual cases but said Tuesday that asylum-seekers can be returned to Mexico while a ruling is under appeal and that dates are provided to indicate when to check with U.S. authorities on the status of their cases.

It is correct that either side can appeal within 30 days of a decision, but the form that CBP gave the Salvadoran woman states that she has a court date Dec. 16, which is untrue. The AP confirmed with the court that there was no court date for her case and also received a copy of the judge’s order that the case is closed. It also falls outside the 30-day window to appeal.

The American Civil Liberties Union of San Diego & Imperial Counties sued the federal government last week on behalf of the Guatemalan family, which fled their home after suffering extortion, death threats and rape. The family reported being stripped, assaulted and robbed in Mexico by masked men who appeared to be wearing government uniforms.

The family told an immigration judge in San Diego on Nov. 5 that they feared returning to Tijuana after a shootout outside their temporary shelter.

Sabraw, an appointee of President George W. Bush who is also presiding over a case to reunite thousands of children with their parents after being separated by authorities at the border, said the Guatemalan family was likely to suffer “irreparable harm” without an attorney.

Even if the ruling’s scope is widened, its impact may be blunted by the inability of many asylum-seekers to afford an attorney, which the government is not required to provide. Only 1.3% of asylum-seekers who were sent back to Mexico to wait by the end of June had attorneys, according to Syracuse University’s Transactional Records Access Clearinghouse.