Puerto Rico, Youth, and the Power of Protest 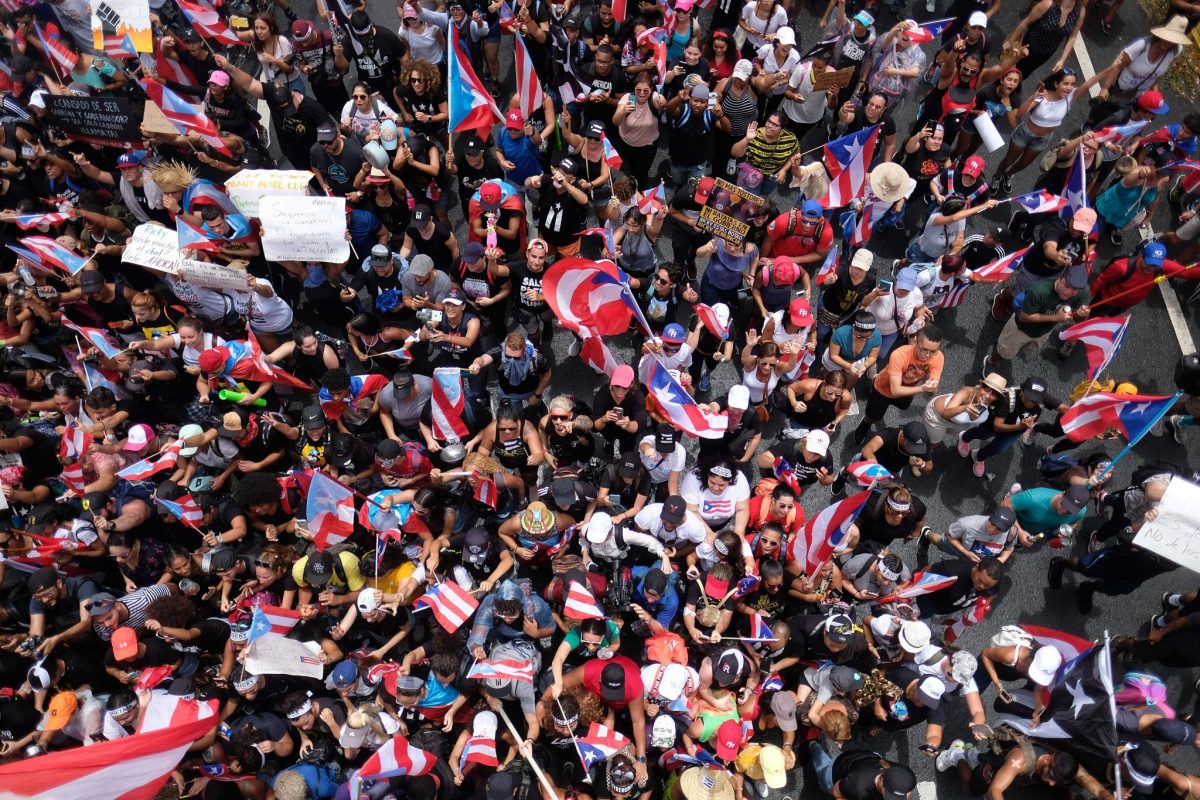 People march in San Juan on July 25, 2019, one day after the resignation of Puerto Rico Governor Ricardo Rosselló. (Photo by RICARDO ARDUENGO/AFP/Getty Images)

Though still not over, it’s fair to say that 2019 has been the year of the protest. From Chile and Ecuador to Catalonia, Hong Kong, and Lebanon, citizens have taken to the streets in mass numbers to hold their elected officials accountable and call for change. This year has also brought climate justice to the fore, with global protests taking place across more than 150 countries. And while each protest has been driven by a distinct cause, young people have played a central role in mobilizing bodies, raising awareness, and demanding action.

Young people’s voices were front and center in July of 2019, when Puerto Rico erupted into 12 straight days of protests as citizens demanded the resignation of Governor Ricardo Rosselló. This call was fueled by corruption within the government, inaction after Hurricane María, and the mounting debt crisis.

The final straw came after the discovery of nearly 900 pages of misogynistic and homophobic text messages exchanged between the governor and members of his administration. The people of Puerto Rico decided enough was enough. And after years of government inaction, they knew that change would not come without a fight. Determined, they took to the streets in mass numbers, the likes of which the island had never seen.

And while the protests were intergenerational, the majority of participants —and those leading organizing efforts— were under 30. That’s because, as Puerto Rican youth activist Aliana Alcoba contends, apathy is not an option: “Most young Puerto Ricans want to stay on the island. They want a better Puerto Rico for their future and for their children so… I think that’s why young people were so encouraged.”

According to Aliana, young people, whether in Puerto Rico or other parts of the world, need to stop underestimating themselves: “We’re young but we’re very smart. We’re very aware. We’re very conscious. We have social media. We have the internet. We have access to so much information that people didn’t have before, so we need to use that in a way… that creates real change… because it’s our future and we have the right to fight for a better future.” 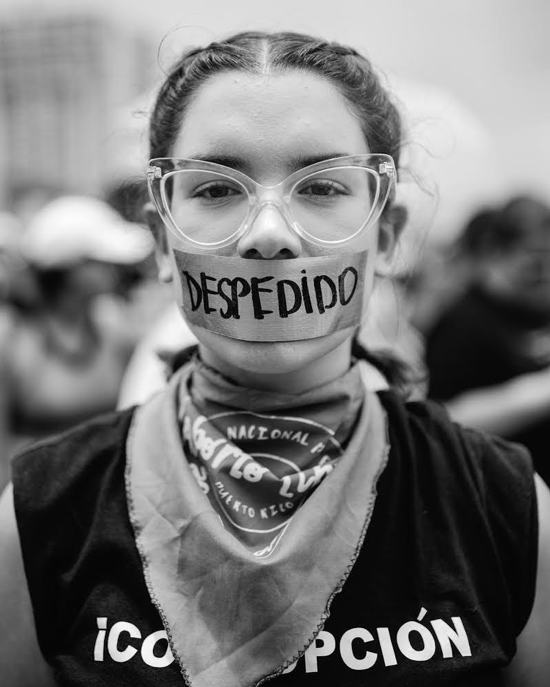 The youth-led protests in Puerto Rico demonstrated what is possible when citizens stand united in their call for change. As Aliana described, “There was a sense of solidarity at the protests. They weren’t led by a single person or organization.”

Across the island —from the restaurant owner providing free food to protesters to the young people mobilizing in large numbers and to those donating water or coordinating transportation— Puerto Ricans put partisan differences aside and helped one another, united by a fierce love for their island and a commitment to restore power to the people. This spirit of community, according to Aliana, was key to the success of the protests.

As Aliana explained, #RickyRenuncia, trending on Twitter throughout the protests, helped shine a spotlight on Puerto Rico and brought more people and additional media attention to the streets, amplifying the call for Rosselló’s resignation and ultimately bringing the administration to its knees.

By all accounts, the protests in Puerto Rico were a success. Over 12 days of persistent, peaceful, and unified demonstrations, the people of Puerto Rico —and youth in particular— showed the rest of the world what democracy, solidarity, and civic engagement look like.

As people across the globe continue to take to the streets to demand change, Puerto Rico should serve as a beacon of hope, a case study on the promise of an informed and united citizenry, and a lesson on the power of protest.

To hear more from Aliana and learn more about young people’s role in Puerto Rico’s protests, check out the episode, “Puerto Rico and the Power of Protest” from our youth-led podcast #PassTheMicYouth.

Maru Gonzalez, Ed.D. is an Assistant Professor and Extension Specialist in the Department of Agricultural and Human Sciences at North Carolina State University, a co-founder of Georgia Safe Schools Coalition (GSSC), and serves on the National Advisory Council for the Gay, Lesbian, and Straight Education Network (GLSEN). Dr. Gonzalez has over 10 years of experience working with youth in various capacities, including as an educator, researcher, intergroup dialogue facilitator, and school counselor.

Sam Chan is a student studying political science and communication at NC State University. She is the Co-Director of the Diversity Outreach Department in Student Government, a Mental Health Ambassador, and founder of an event about the intersection between mental health and being a part of the APIDA (Asian Pacific Islander Desi American) community. She is passionate about racial justice, mental health, education equity, and civic engagement.

Nyawira Nyota is a student studying mechanical engineering and Spanish at NC State University, and is a Franklin Scholar as well as a Grand Challenge Scholar. She is an ambassador for the Office of Multicultural Student Affairs, and serves as the Programs Chair for the National Society of Black Engineers.