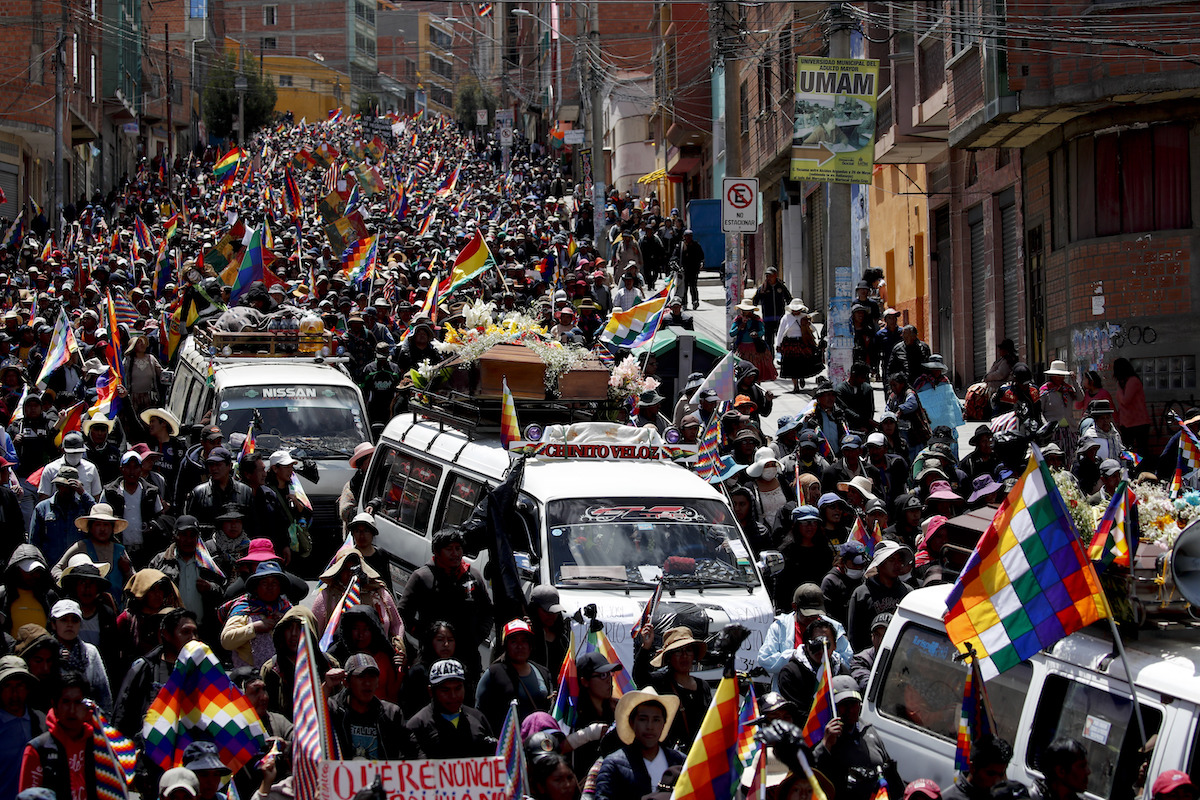 LA PAZ, Bolivia (AP) — After a month of deadly unrest, the political party of former Bolivian President Evo Morales appears to be positioning itself for a future without the man who led the country for 14 years.

New indigenous leaders in the Movement Toward Socialism party are talking about change, a sign that they are open to the idea of contesting elections without Morales as a candidate.

“We’re an organized party and we have to be revamped for the elections,” said Mónica Eva Copa, a party leader who is the new Senate president.

Even so, there appear to be divisions in the party once led by Morales, who resigned Nov. 10 after a disputed election in October and sought asylum in Mexico.

While some members say Morales should let others lead, one Movement Toward Socialism lawmaker has suggested Morales is entitled to be a candidate in any new elections. 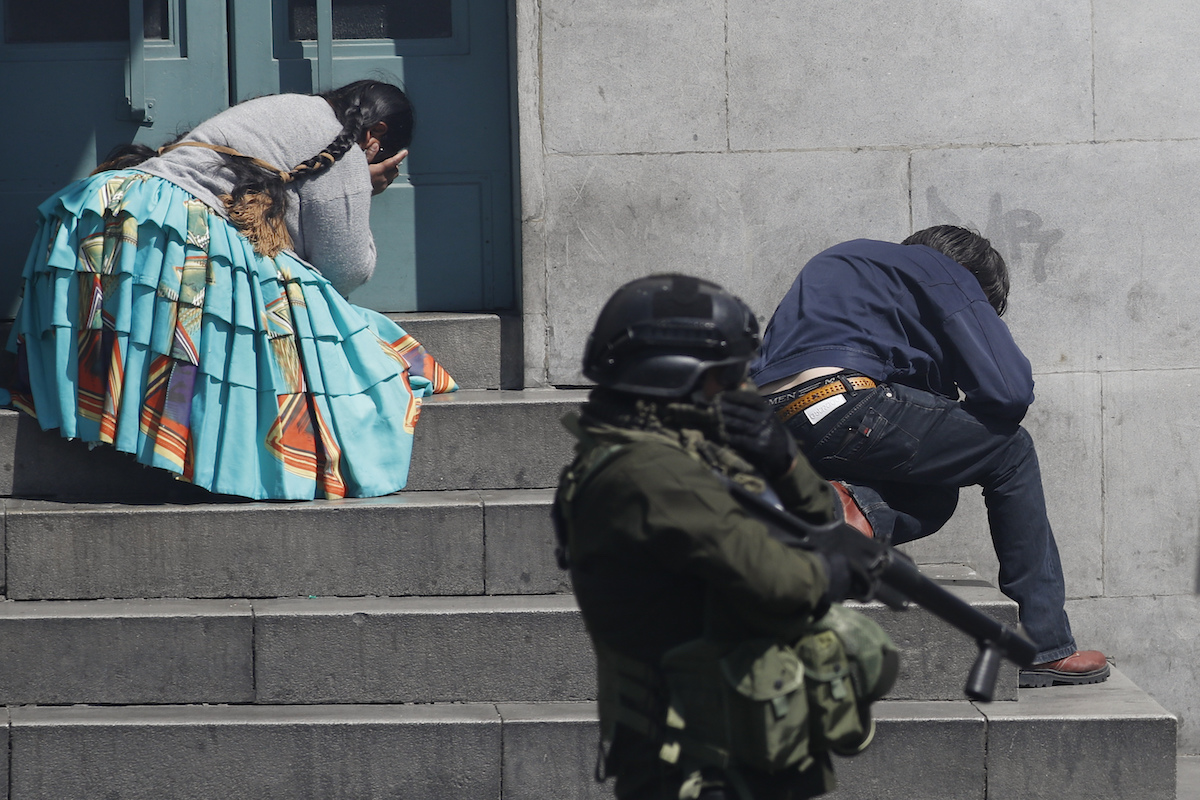 Bolivia’s interim president, Jeanine Áñez, has sent a bill on holding new elections to congress, which is dominated by the Movement Toward Socialism.

Bolivia is struggling to stabilize after weeks of violence in which at least 30 people have been killed.

Morales, Bolivia’s first indigenous president, claimed re-election in last month’s vote, but the opposition alleged fraud and protests against the president broke out. An audit by the Organization of American States concluded there were irregularities in the vote and Morales quit after the military urged him to do so.

While some Morales supporters want him to return from exile and he has described himself as “president-elect,” some leading lawmakers in his party are taking a more nuanced position.

Lawmaker Juan Cala of the Movement Toward Socialism is a critic of the interim government that replaced Morales, but he also said the rank-and-file of his party had become increasingly isolated from Morales toward the end of his rule.

“Now his inner circle is in exile, we’re still here and it’s up to us to renovate politics,” Cala said.

Áñez, the interim president, has said Morales could face prosecution for electoral fraud if he returns to Bolivia. Her government has also accused the former leader of stirring up violent demonstrators from his base in Mexico. 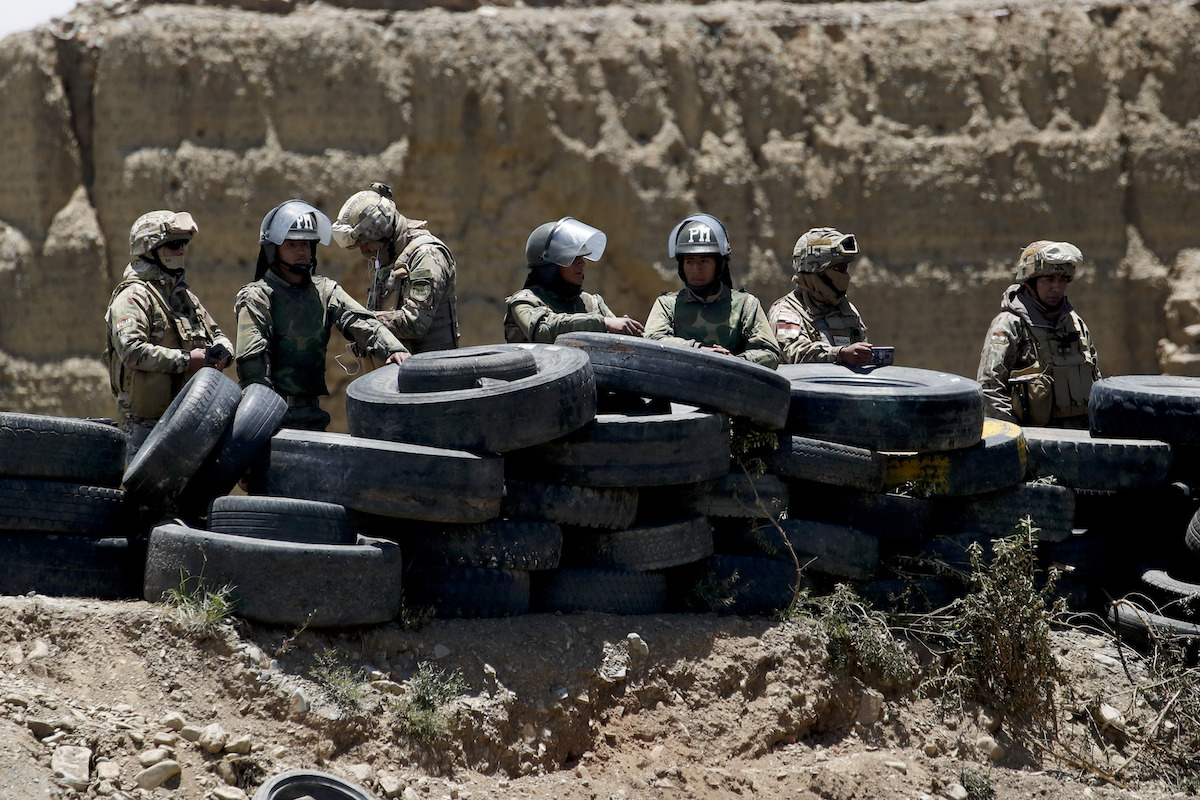 Soldiers guarding a military base watch a funeral procession for people killed in clashes between security forces and supporters of former President Evo Morales, in El Alto, on the outskirts of La Paz, Bolivia, Thursday, Nov. 21, 2019. (AP Photo/Natacha Pisarenko)

Morales’ party, though remains powerful. Most of Bolivia’s mayors, governors and biggest unions are affiliated with the Movement Toward Socialism.

U.S. Secretary of State Mike Pompeo indicated that the U.S. believes Morales has no place in Bolivia’s political future.

“Those who participated in the egregious irregularities and manipulation of the vote in the flawed October 20 election must, for the good of Bolivia, step aside and let Bolivians rebuild their institutions,” Pompeo said in a statement.