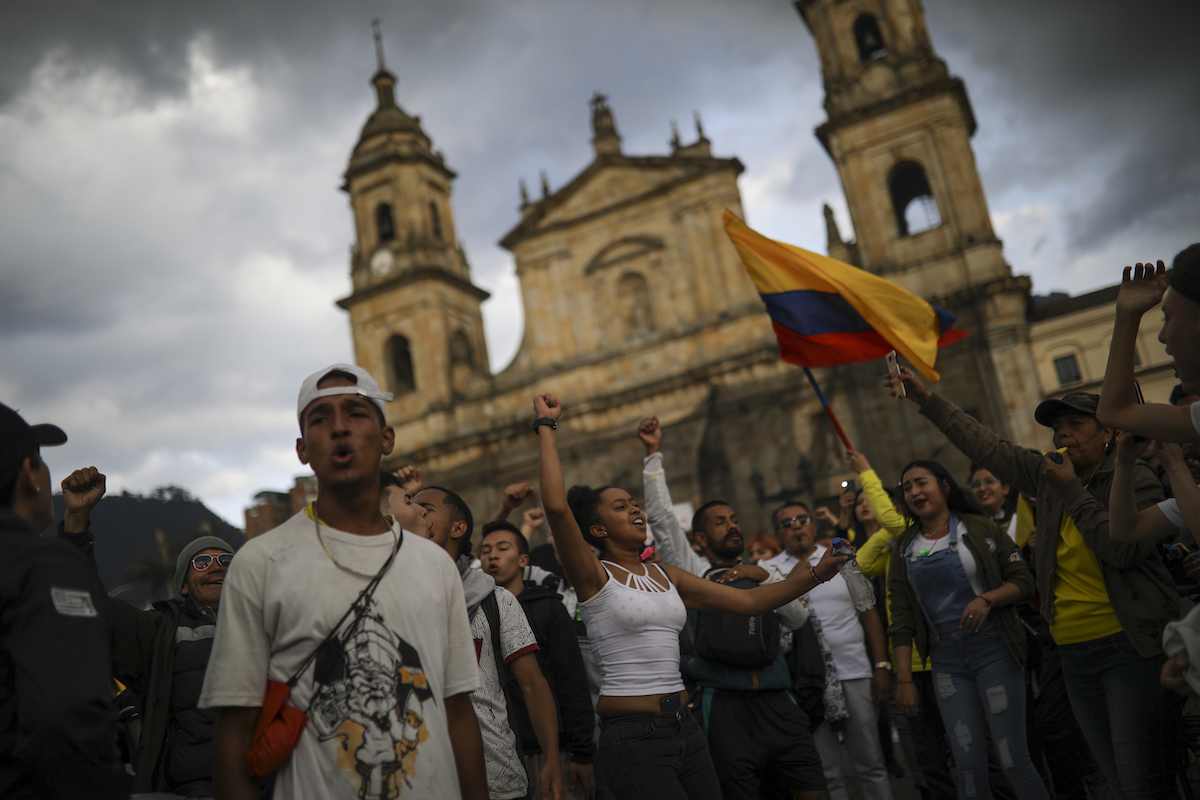 BOGOTÁ, Colombia (AP) — Thousands of people have protested in Colombia over the past week, voicing discontent with the conservative government of President Iván Duque. Most demonstrations have been peaceful, but riots erupted in some areas and three people were killed, prompting authorities to impose curfews in Cali and Bogotá. The protests are the largest in Colombia in years, and have forced Duque to call for a national dialogue expected to address issues including corruption, inequality and rural violence.

WHO IS PROTESTING?
The protests were initially organized by student organizations, indigenous groups and unions that called for a general strike on Thursday. These organizations were then joined by thousands of people who spontaneously came out to the streets to voice their grievances. Following Thursday’s march, dozens of smaller demonstrations have taken place, with people banging pots and pans to express their discontent.

WHY ARE THEY PROTESTING?
The National Strike Committee, a steering group that organized Thursday’s march, says it opposes reforms to Colombia’s pension system and labor laws that have been proposed by the government. Its leaders say they want to meet with the government to negotiate the country’s economic policies. 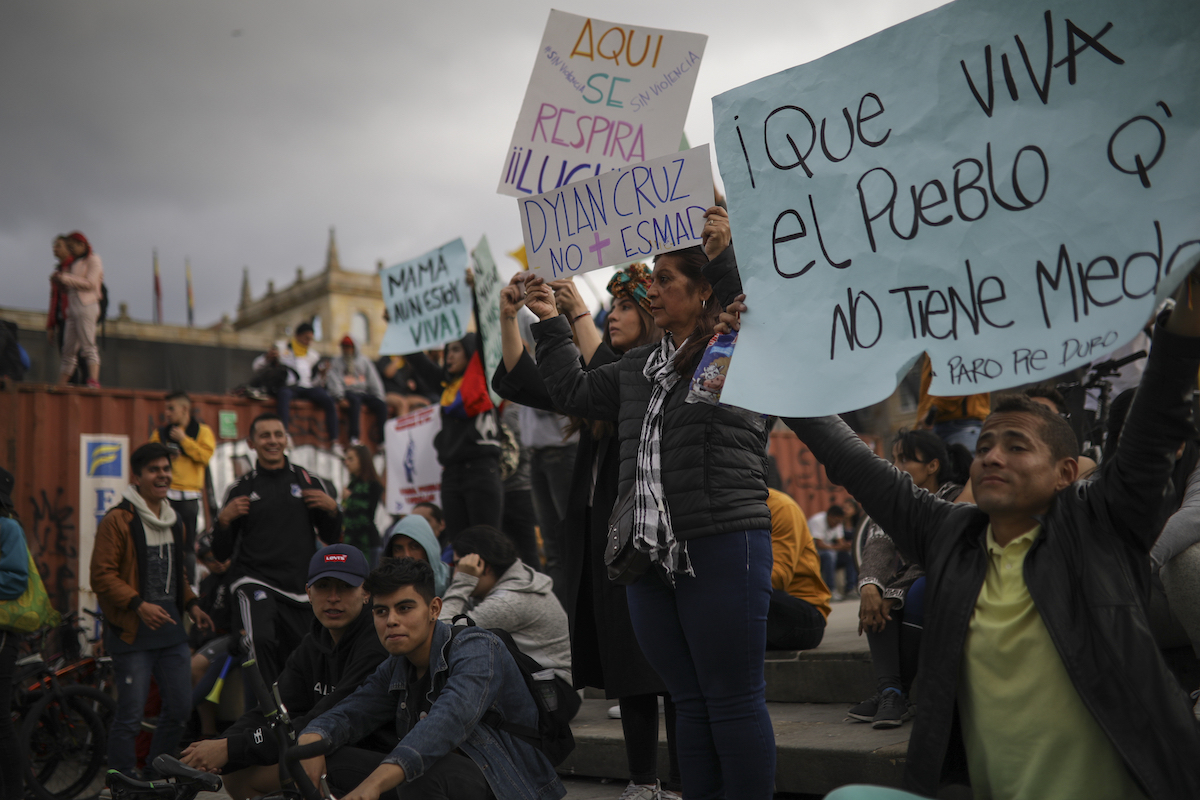 But the protesters heading into the streets each day have also said they are frustrated with corruption, inequality, and the continuation of violence in the countryside. More than 100 social leaders have been killed in rural areas since Duque was elected last year.

WHAT IS PRESIDENT DUQUE’S RESPONSE?
Colombia’s president has initiated a “national dialogue” over issues affecting the country. On Sunday he met with recently elected governors and mayors, and he is expected to meet with business leaders, some unions and others.

The National Strike Committee says its representatives still haven’t been invited to meet the president and has vowed to continue organizing protests until it gets a seat at the table. 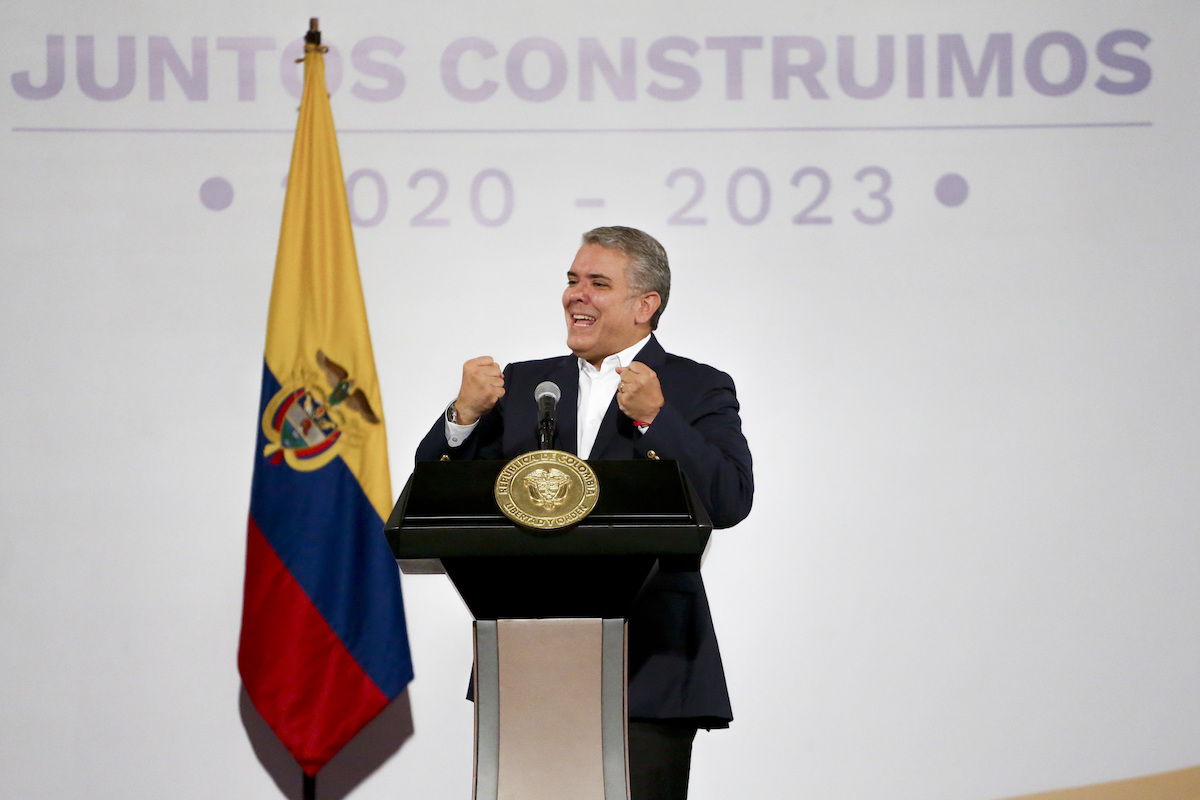 DO THE PROTESTS HAVE ANY CONNECTION TO VIOLENCE IN COLOMBIA?
Protesters have accused Duque of being slow to implement a 2016 peace deal with the leftist Revolutionary Armed Forces of Colombia, or FARC. Members of the former rebel group, now a political party, have also joined the demonstrations.

Duque has struggled to control post-peace deal violence as drug traffickers, the National Liberation Army rebel group and former members of the FARC who refused to join the peace deal fight for territory.

In November, a senator revealed that the military killed eight children during an air raid on a dissident group and hid the evidence from the public. This increased frustration with Duque and added more fuel to the protests.

HOW DOES THIS RELATE TO PROTEST MOVEMENTS IN OTHER LATIN AMERICAN COUNTRIES
Protesters in the streets of Colombia say they have been motivated by recent events in Ecuador and Chile, where weeks of sustained demonstrations forced the governments of those countries to change some of their economic policies.

The protests in Colombia, Ecuador and Chile have been sparked largely by frustration with corruption, economic inequality and governments that are perceived to be imposing austerity measures without regard for the daily hardship of many citizens. In Bolivia, protesters first took to the streets over a disputed election that former President Evo Morales said he had won. Morales later resigned after an international audit found irregularities in the vote and he lost support of the military.