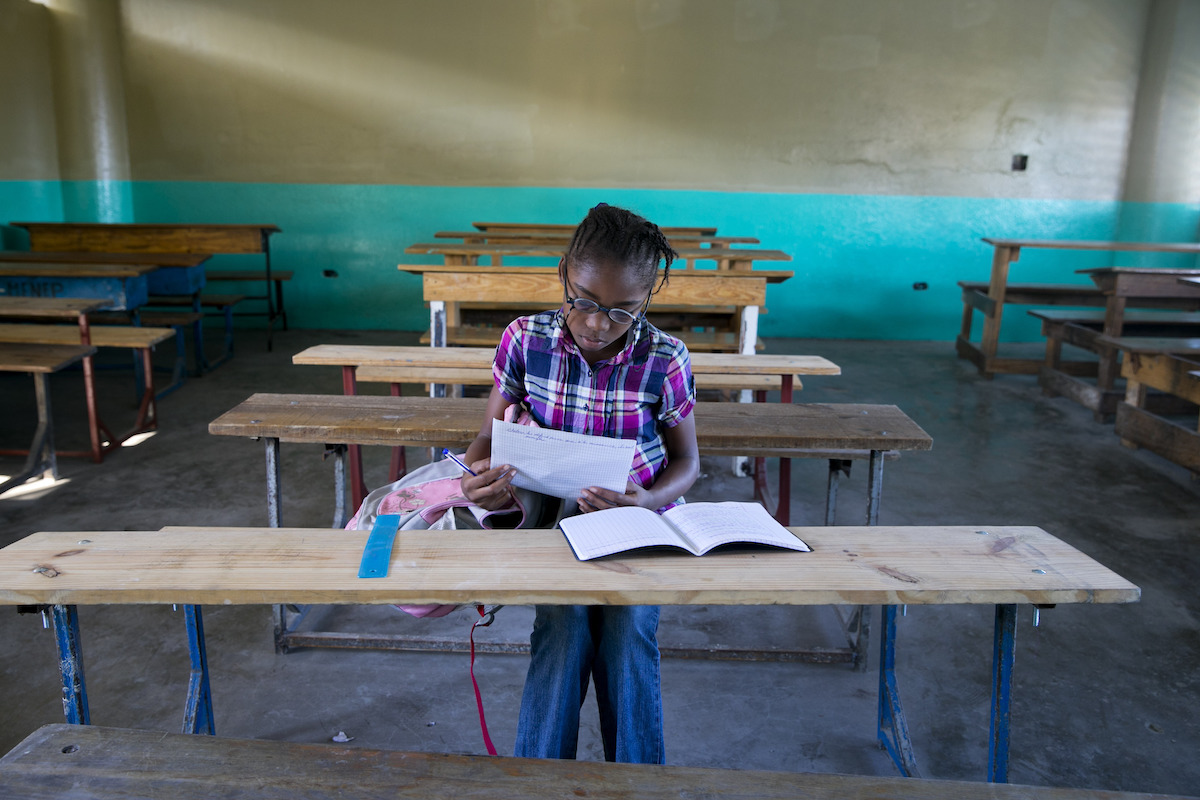 A lone student looks over papers as she waits for her teacher to arrive at the Lycée school, which reopened about a week earlier than other schools in Petion-Ville, Haiti, Thursday, Nov. 28, 2019. (AP Photo/Dieu Nalio Chery)

PORT-AU-PRINCE, Haiti (AP) — Protected by police patrols, thousands of Haitian children began to return to school Monday after months of violent unrest forced schools to shut around the country.

Some schools were about a quarter full in response to the Education Ministry’s call last week to reopen public and private schools. Others had only a handful of students or didn’t open at all.

Like virtually all government offices and private businesses, Haitian schools closed during more than two months of protests aimed at pressuring President Jovenel Moïse to leave office. Protesters say Moïse has mismanaged the economy and tolerated corruption. Moïse says he is trying to steer the country toward greater stability and will not cede to what he calls unconstitutional demands for him to leave office before his term is over.

High school senior Yollande Chery arrived at her school to find only four other students and one teacher.

“It hurts knowing that in other countries schools are in session,” she said. “Staying home is not what I want to do. I want to be at school with my friends.” 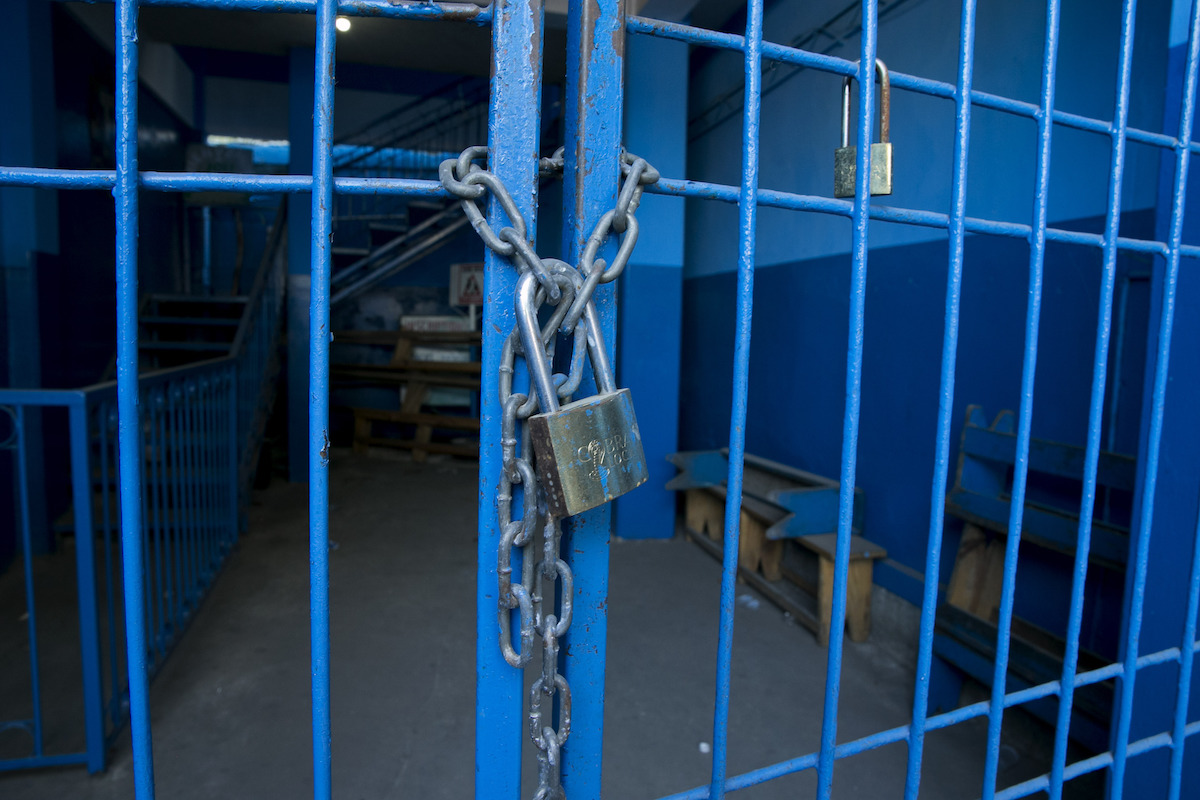 At the public Lycee de Petionville, in a relatively prosperous section of the capital, about 400 children showed up for class. The school holds about 2,000 students when at full enrollment.

Director Jean-Marc Charles said the school had been trying to keep older students up to date by sending them homework assignments through online chat program WhatsApp.

He said the school would hold classes on Saturdays and eliminate all but a couple of days of Christmas vacation in order to help students try to catch up on their studies.

He said that the school had no choice but to close during the protests, which included roadblocks, clashes with police and ransacking of local businesses.

“Protests were happening while kids were in the classroom,” he said. “That was causing panic, and kids couldn’t go home sometimes due to roadblocks. That was traumatic.”

In Port-au-Prince, police cars patrolled outside many reopening schools.

In other cities, such as Gonaives in northern Haiti, many schools were closed due to continued roadblocks and fear of violence. 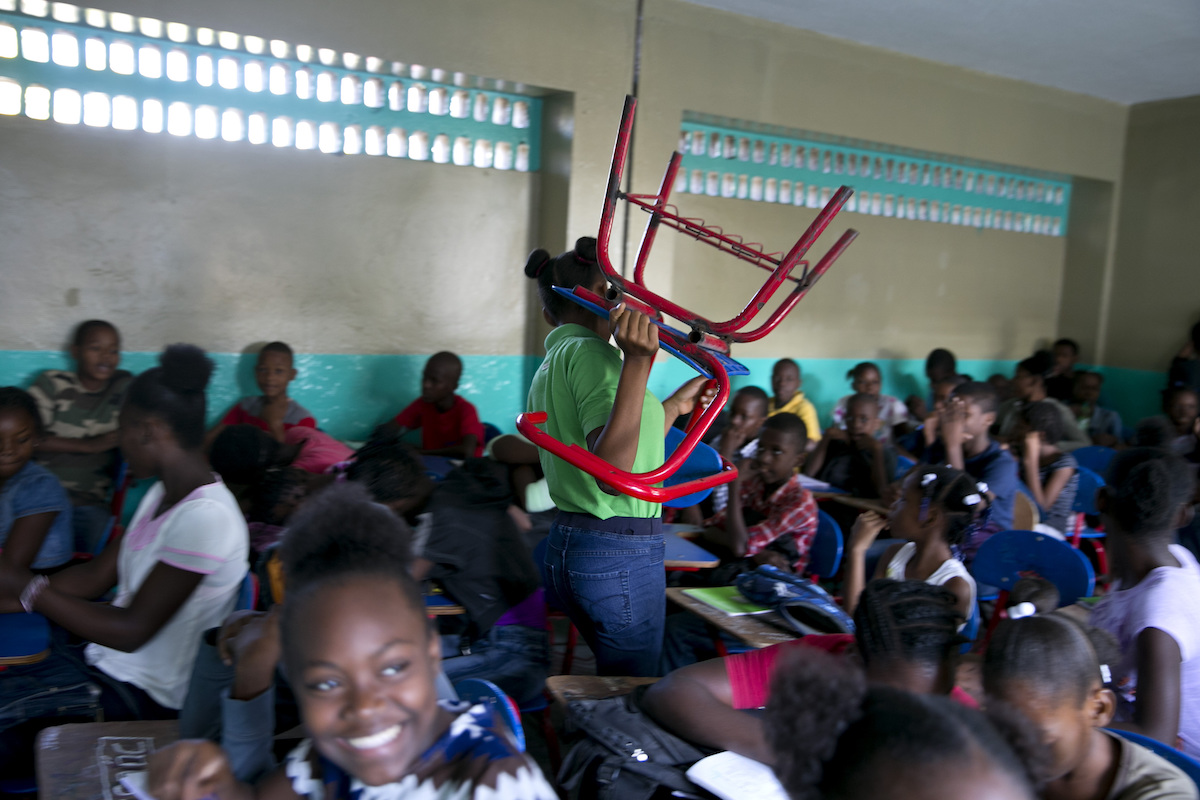 A student carries a chair in a classroom at the Lycée school in Petion-Ville, Haiti, Monday, Dec. 2, 2019. (AP Photo/Dieu Nalio Chery)

The same was true in neighborhoods of Port-au-Prince, where administrators declined to open Monday despite the government call for classes to restart.

Marie-Bernard Noel, 39, supports her three children by selling snacks of boiled eggs and peanut-butter sandwiches to students at the Centre Classique Don Bosco, whose director returned Monday even though students had yet to arrive. 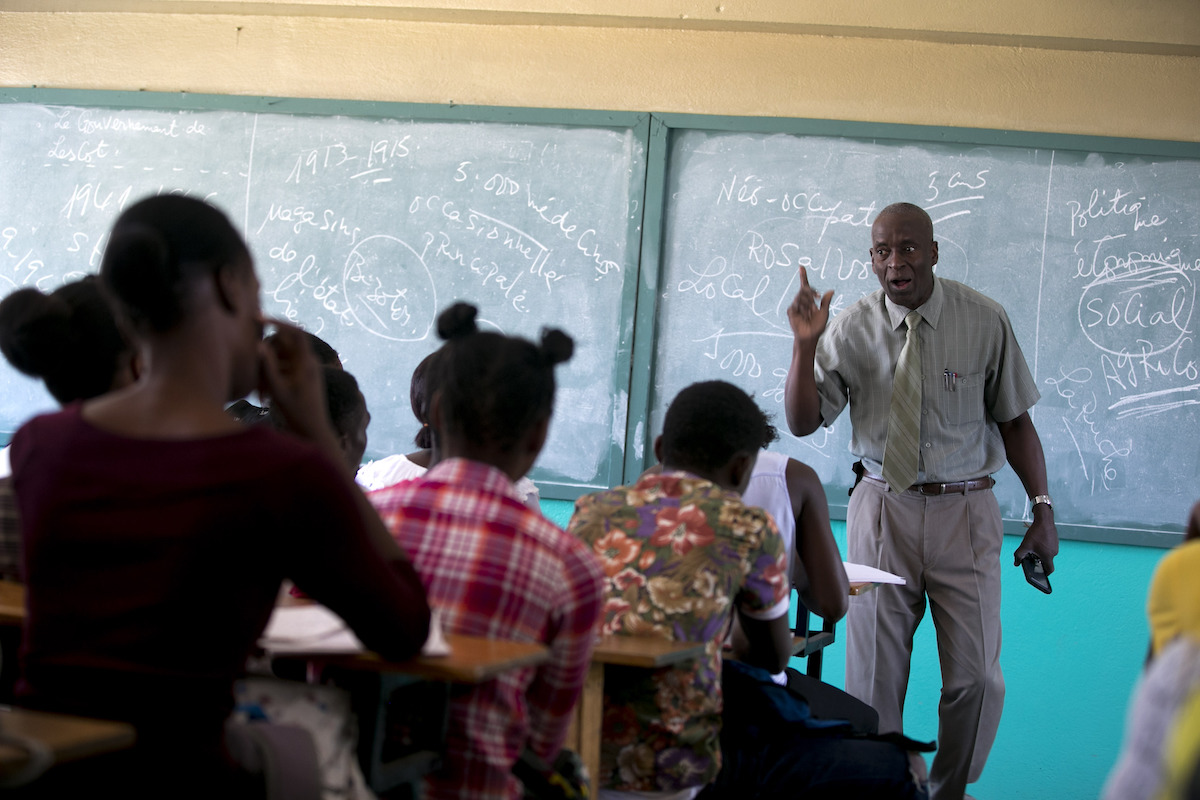 Students listen to school Director Jean Marc Charles at the Lycée school, which reopened about a week earlier than other schools in Petion-Ville, Haiti, Thursday, Nov. 28, 2019. (AP Photo/Dieu Nalio Chery)

Noel said Monday that school reopening would help her make a living, but she was deeply frustrated that the private school where she sends her 7-year-old and 4-year-old remained shut.