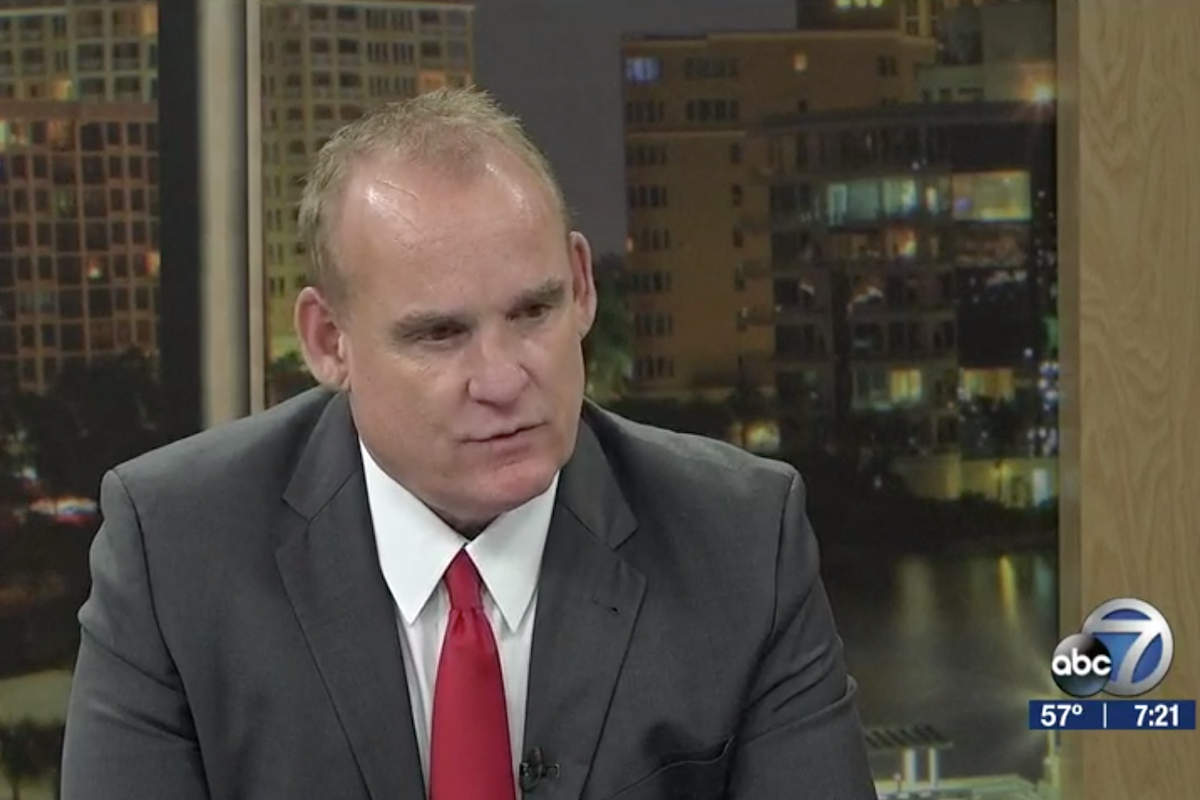 “I came tonight because it’s the right thing to do,” Hyde said near the start of the interview with host Bill Logan. “If I got enough balls to tell people off and to be aggressive towards them, I have to face the reality that my behavior was wrong. It was racially insensitive. It was inappropriate. It’s not the first time I’ve spoken badly to people. I’m hoping that it will be among the last times. It’s difficult to explain why one behaves in a certain way, why one seeks to control a situation by putting somebody down.”

“Yeah, at the start, not at the end where they were implying…. It’s racially insensitive. It’s incongruous. It’s inappropriate. It’s designed to put someone down,” Hyde said. “Obviously, I didn’t know the kids, where they were from. I was irritated by the fact that they hadn’t taken direction to be quiet by somebody else. I asked them to be quiet. They wouldn’t, and then I made that throwaway remark, which is petulant. You know, I’m 54 years old. I shouldn’t be making that kind of comment.”

Hyde also addressed the social media reaction about the video.

“Let’s be fair. Quite a lot of them, I can figure out what ‘racista’ means but I don’t speak Spanish. I get it. This idea that it was a slur on the Puerto Rican people. The kids happened to be from Puerto Rico. That was news to me,” Hyde explained. “It was racially insensitive. It was designed to make someone feel small, and that’s not right. I think it’s time that we all stop dancing the dance and pretending that sometimes these darker thoughts don’t come in. I like to think that I was smarter than that. Cleary, I’m not.”

He also confirmed that he won’t be be running for city commission.

“I don’t think it’s really for me to be involved in political office,” Hyde said.

At the end of the interview, Hyde said that he would try to learn from this.

“Will I be more aware of my attitude and try to negotiate things better? Yes.”

Hyde concluded with some final thoughts:

“If anybody else has got these kinds of behaviors and kinds of thoughts and whatever else, they should understand that we’re in 2019. It’s not colonial times. We don’t own people, and we have to behave in a different way, and if you don’t, these days, cellphone cameras are everywhere. The idea that you’re going to get away with it, is wrong.”

Earlier on Tuesday, news of another alleged racist incident by Hyde made local Sarasota news.