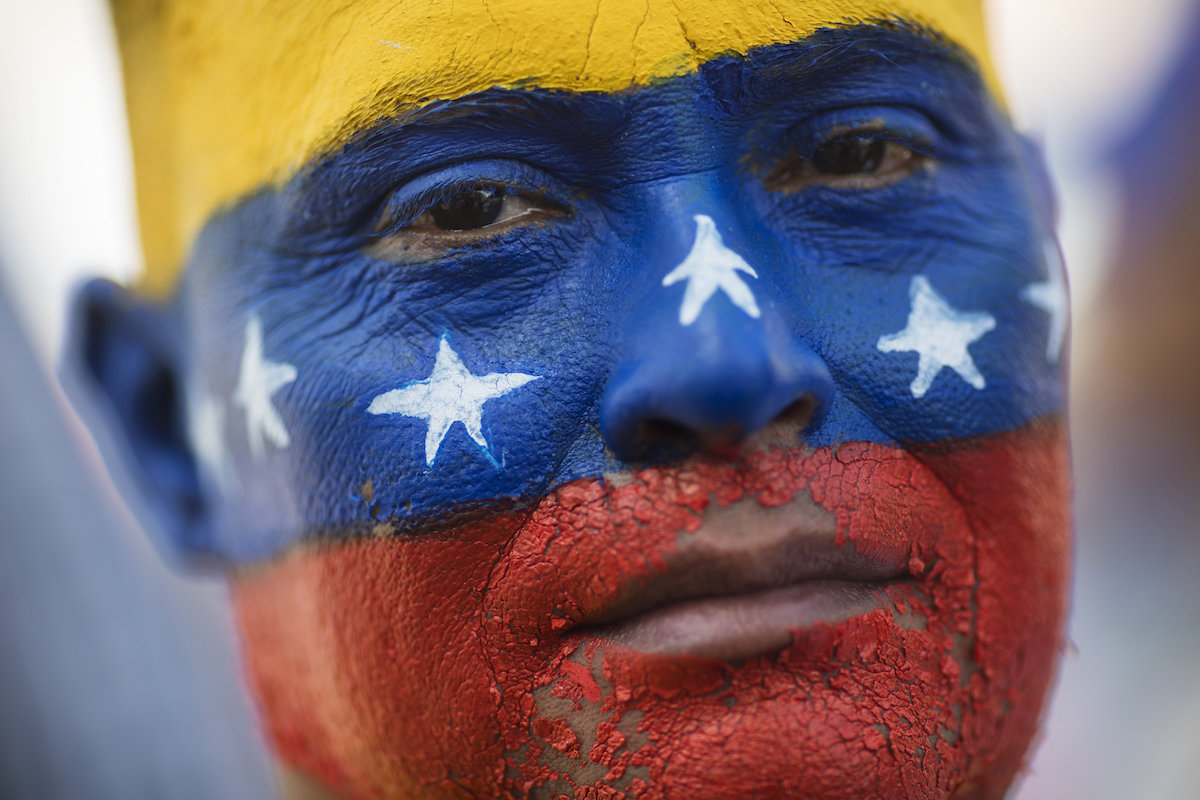 May Vera during a November demonstration led by opposition politician Juan Guaidó, in Maracaibo, Venezuela. Vera’s face was painted by his niece with the colors of Venezuela’s national colors. (AP Photo/Rodrigo Abd)

BOGOTÁ, Colombia (AP) — Representatives from over a dozen nations that are signatories to a Cold War-era defense treaty for the Americas moved Tuesday to further isolate close allies of Venezuelan President Nicolás Maduro with economic sanctions.

“The political, economic and social crisis in the Bolivarian Republic of Venezuela represents a threat for the peace and security of the continent,” Colombian Foreign Minister Claudia Blum said in the meeting’s final remarks.

While the United States and the European Union have targeted Maduro associates with economic sanctions, Latin American nations who are supporting opposition leader Juan Guaidó have largely resorted to diplomatic pressure—and it will be up to each individual nation to decide how to move forward.

The promise of enhanced economic pressure against Maduro comes at a time when Venezuela’s opposition is faltering. Guaidó has struggled to mobilize supporters onto the streets and dipped in popularity. Meanwhile, fissures within the opposition are coming to light amidst recent controversies involving alleged abuses of power.

David Smilde, a senior fellow at the Washington Office on Latin America, said the Rio Treaty’s resolution Tuesday marks a “small victory” for the opposition but “not enough to really put them in a different place.”

“Their strategy of maximum pressure seems to be stalling,” he said.

The 19 Rio Treaty member nations have been treading cautiously in pursuing economic restrictions against Venezuela while vowing not to invoke a provision in the accord that authorizes them to pursue a military intervention. The accord instructs signatories to consider a threat against any one of them a danger to all.

Colombian President Iván Duque contends that Maduro is offering a safe haven to rebel factions of the National Liberation Army and dissidents with the former Revolutionary Armed Forces of Colombia, an assertion the Venezuelan leader denies. Duque urged that nations embark on tougher sanctions going forward.

“Here there’s no invitation for use of force,” he said.

Despite repeated remarks from Rio Treaty members indicating they will not pursue a military response, Venezuelan leaders contend the signatories are plotting to overthrow Maduro and warning citizens that an intervention could be imminent.

“The people should be prepared and alert on the streets,” Diosdado Cabello, head of Venezuela’s all-powerful National Constitutional Assembly, said Tuesday.