Controversial Zapata Painting Will Stay on Display in Mexico 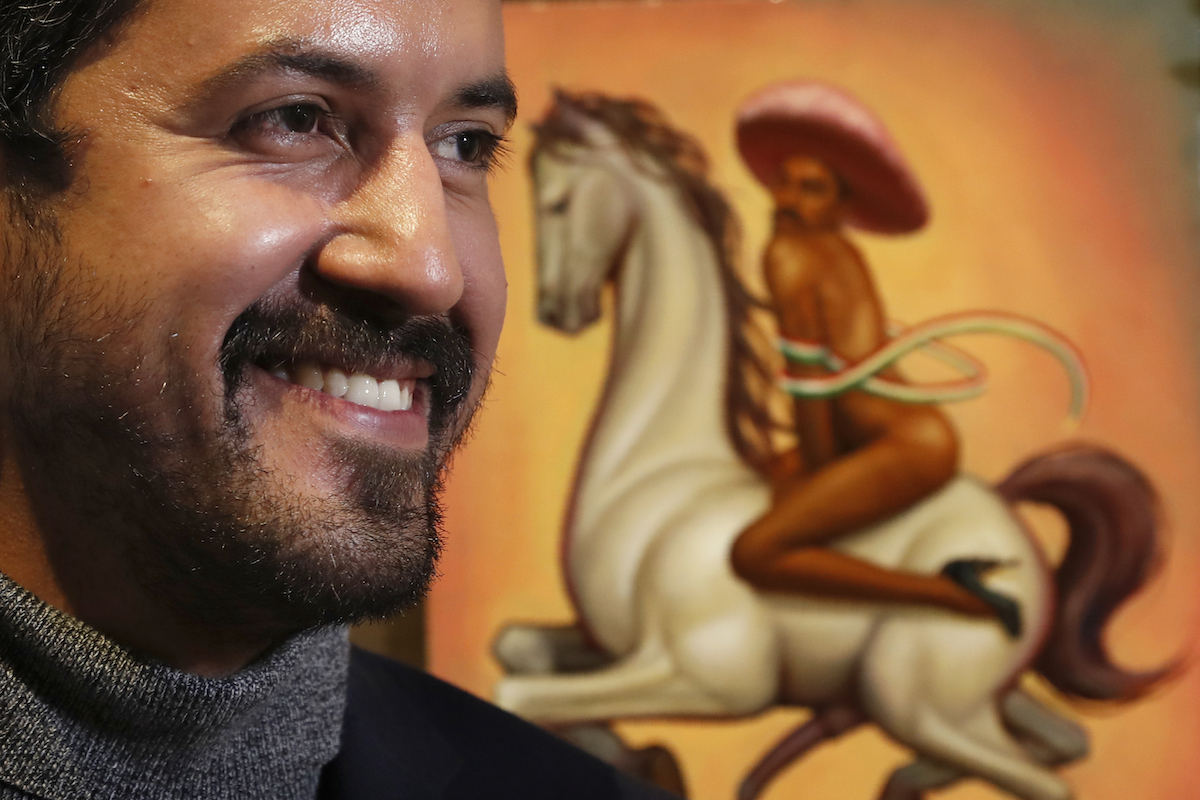 MEXICO CITY (AP) — A controversial painting of a Mexican Revolution hero will remain on exhibit accompanied by a note saying the descendants of Emiliano Zapata do not agree with the effeminate depiction, Mexico’s culture ministry said in a statement Thursday.

The painting, displayed as part of an exhibit of artworks about Zapata in the Fine Arts Palace, shows a nude man with the revolutionary’s signature mustache astride a horse. He’s wearing high heels and striking a seductive pose.

Zapata’s relatives had threatened to sue to have the painting taken down, arguing that it denigrated Zapata. President Andrés Manuel López Obrador called on his culture secretary to mediate the dispute. He said the family should be heard, but that art shouldn’t be censored.

The painting, titled “Revolución,” by painter Fabián Cháirez, spurred protests by farmers and counter-protests by defenders of sexual diversity this week.

As part of the deal to keep the painting up, officials agreed to spread the word about the Zapata’s legacy and stop using the painting in official publicity, the statement said.